Xiaomi Mi Band 3 was launched in India back in September last year with a price tag of Rs. 1,999

Xiaomi Mi Band 4 is set to launch in China on June 11. Xiaomi’s Mijia brand has confirmed the release date of the new Mi Band model through a post on Weibo. The Mi Band 4 will debut as the successor to the Mi Band 3 that was launched in India back in September last year. Xiaomi in March this year claimed that it sold over a million Mi Band 3 units since its launch in the country. The Mi Band 4 is expected to sport a colour display and an improved heart rate sensor.

The teaser posted by Xiaomi’s Mijia on Weibo confirms the Mi Band 4 launch. The fitness tracker is set to arrive in China on June 11, the teaser highlights. The teaser image posted by the brand also hints at the presence of a colour display panel that has already been rumoured on Weibo. 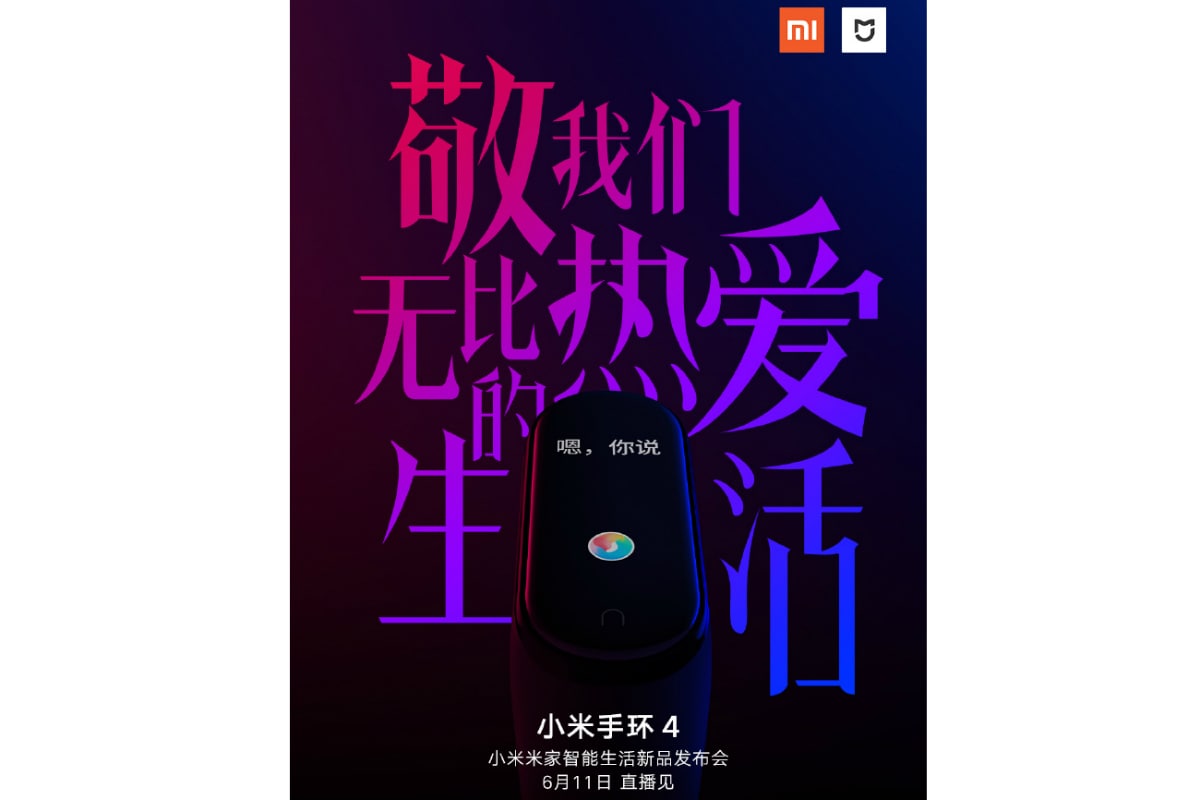 If we look at the recently leaked images, the Mi Band 4 would come with a colour OLED display larger than what was featured on the Mi Band 3. The new model is also rumoured to deliver better battery life and an enhanced heart rate sensing over the previous Xiaomi band. Furthermore, an NFC model is also speculated that could come as the top-end Mi Band 4 variant.

The Mi Band 4 price is yet to be announced officially. However, it is likely to carry a price tag similar to the previous Mi Band that debuted in China at CNY 199 (roughly Rs. 1,994) for the base variant with Bluetooth connectivity.

Xiaomi launched the Mi Band 3 in India at Rs. 1,999. As we mentioned, the company in March revealed that it sold over a million Mi Band 3 units in the country since its launch.

Track Your Blood Oxygen With These Affordable Smartwatches

Smartwatches can now track your blood oxygen level, and we have compiled a list of ...