With WWDC (Apple’s annual developer conference) just over a month away, I’ve started thinking about iOS 13. More specifically, the main features I want Apple to bring to the iPhone and — even more so — to the iPad Pro.

It’s been far too long since the iPad line has received meaningful software improvements, and it shows. Multitasking feels clunky, mobile Safari is no longer good enough, and Apple’s pitch that an iPad can replace a computer has become tiring.

My wishlist from last year was partially fulfilled with iOS 12, which added parental controls, improved notifications, and iCloud Messages. But Control Center is still in the same spot, and we continue to have to use the same boring app grid. I still want to see these features changed in iOS, but instead of repeating my old requests, I’ve come up with some new ideas.

We have a good idea of features that are rumored to be included iOS 13, thanks to a series of reports from 9to5Mac. With that said, until it’s announced by Apple, nothing is official.

Across all iOS devices

With the iPhone and iPad sharing a core feature set, here are some features I’d love to see on all iOS devices.

Apple’s Mail app has a VIP feature that allows you to set up new mail alerts for hand-picked contacts. I use it to eliminate unnecessary notifications, and it works well. Adding a VIP list to the Messages app so that, even when Do Not Disturb is enabled, message alerts from those most important to me will still prompt an alert and go a long way in eliminating unnecessary distractions.

According to Google, using a darker interface on our phones not only is easier on our eyes, but it improves battery life. Android Pie has the beginnings of a dark mode, and early Android Q builds have an improved version. However, iOS currently lacks a true dark mode. Third-party apps have taken it upon themselves to implement a darker interface, but support at a system level is needed.

Get rid of the volume overlay

I agree with ZDNet’s Adrian Kingsley-Hughes, who questioned why we still have to look at a floating volume display. Come on, Apple! Put a small indicator along the side of the screen, or at the top of the display, when the volume is adjusted.

Adrian has a few more suggestions for iOS, all of which make sense to me. Be sure to check out his post here.

When I reviewed the 12.9-inch iPad Pro late last year, I stated it is the best tablet I have ever used, but it’s still stuck in computer limbo. Here are some things I’d love to see Apple do in iOS 13 on the iPad Pro to make it more of a computer.

The current multitasking system is a chore to use. Yes, using multiple apps in split-screen and slide over makes it possible to use more than one at a time, but it doesn’t go far enough. I want to pin an app to either side of the screen, leaving it open at all times.

According to 9to5Mac, iPad multitasking will gain windowed apps, or cards. The cards can be stacked and moved around, much like windows in a MacOS or Windows 10. I’m not sold on the idea, but then again, I haven’t seen how Apple is going to implement it. The bottom line is: The iPad needs a better way of letting you stay in specific apps while also moving between apps.

Also: Coming to an Apple store near you: The harder sell

This is by far the biggest change I want to see. Mobile Safari is fine for the smaller screened iPhone, but when I’m using a 12.9-inch iPad Pro, there’s no reason it can’t render the desktop version of a website properly.

Whether it’s a formatting issue or the inability to tap on a button or link, bringing a desktop-class version of Safari to iPad is a key piece to the puzzle for a lot of people who are making the iPad Pro a true computer replacement. Myself included.

I still think the entire iPad lineup would benefit from multiple account support. Just like a Mac or PC, adding user accounts to the iPad means that households could share the same iPad without forcing everyone to use the same set of apps and settings.

Mouse support isn’t on my wishlist, but there are rumors that Apple will add mouse support as an accessibility feature. The new feature was first mentioned by MacStories’ Federico Viticci on the Connected podcast.

With proper mouse support — hopefully not limited to USB like Viticci hints at, but with Bluetooth support as well — the iPad will become a more viable option for power and enterprise users, as CNET’s Jason Hiner points out.

WWDC starts June 3, 2019. Apple’s opening keynote usually walks us through major feature updates for all of its software platforms. Expect to see updates for iOS, macOS, watchOS, and tvOS. 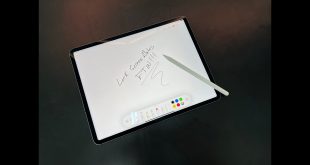