WhatsApp is said to adding ability to allow the users to share their Status as a Facebook Story. The evidence of this upcoming feature was spotted in WhatsApp beta version 2.19.151, however the messaging app is yet to make it live. Essentially, the addition would make it easier for WhatsApp users to post fresh Facebook stories. The new WhatsApp beta build is also said to have added the option to share contacts information via QR code. This works similar to how people can share their profiles on the LinkedIn app. Also, Facebook has provided a similar QR code-backed Nametag feature on Instagram.

As reported by WhatsApp tipster WABetaInfo, WhatsApp is bringing an Add to Facebook Story button to the Status section to let users easily share their status updates to Facebook as a story. The evidence of the new feature has reportedly been spotted in the WhatsApp beta version 2.19.151 for Android. However, it isn’t visible on the beta version. 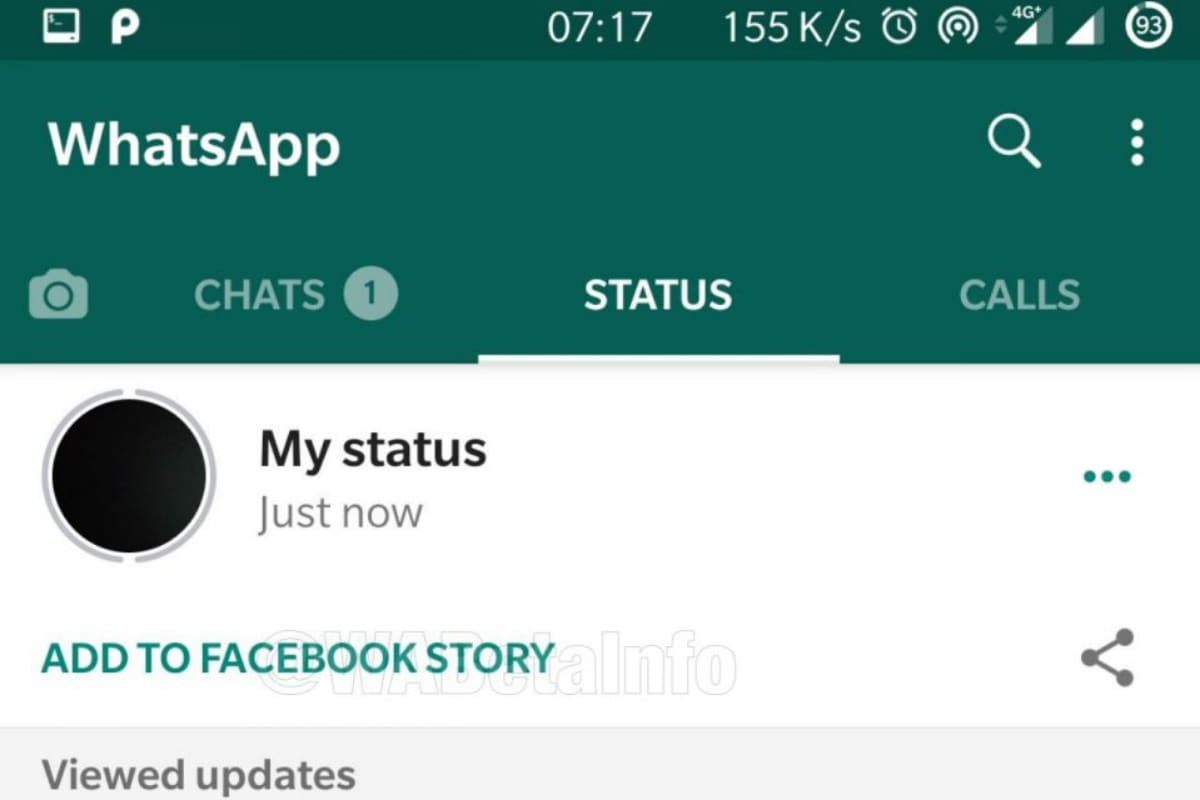 WhatsApp has been spotted adding an Add to Facebook Story button within the Status section
Photo Credit: WABetaInfo

Back in January last year, Facebook made the headlines for testing the feature to share Instagram Stories as WhatsApp Status updates. The social media giant was also earlier this year reported to have plans to unify the underlying messaging infrastructure of WhatsApp, Instagram, and Facebook Messenger.

Aside from the option to share WhatsApp status updates on Facebook, the WhatsApp beta 2.51.151 is said to have the references for a new QR code button that would allow users to share their profiles and add contacts through specific QR codes. The feature was first reported in November last year.

Once you tap the QR code button after going through the Profile section, WhatsApp would show the QR code that would let other users add you to their contacts list. You would also be able to add other users to your contact list by scanning their QR codes using the Camera feature on your WhatsApp. 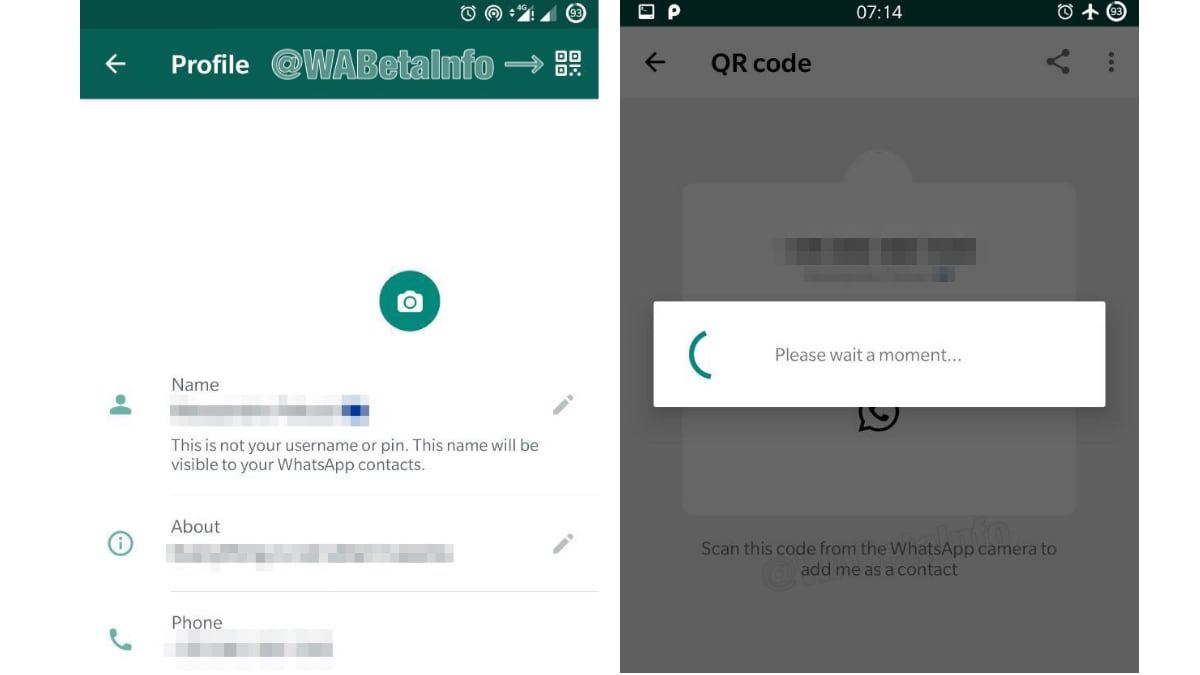 It is said that WhatsApp would give the option to revoke the QR code to let users disable the feature completely. Moreover, the development could become highly important for WhatsApp Business users who would able to share their QR codes directly on their websites and apps.

WhatsApp won’t be the first app to add the QR code feature for sharing contact information. As we mentioned, LinkedIn has been providing a similar experience on its mobile apps for some time. Instagram also has a Nametag feature to let users share their profile with other users.

It is so far unclear that when will the button for sharing WhatsApp status updates on Facebook as well as the QR code feature would debut publicly. However, since the new offerings are reportedly integrated within the new WhatsApp beta version for Android devices, they are likely to arrive for beta testers in the coming days.

We discussed what WhatsApp absolutely needs to do in 2019, on Orbital, our weekly technology podcast, which you can subscribe to via Apple Podcasts or RSS, download the episode, or just hit the play button below.