Facebook-owned WhatsApp after launching the much-awaited ‘Dark Mode’ feature for its users is now reportedly working on a new feature that will delete messages automatically after a stipulated time as set by users. The feature is disabled by default, and can’t yet be tried by users.

In two Android beta versions – 2.20.83 as well as 2.20.84 – of the WhatsApp, the option to set self-destructing messages in private chats was found and one can choose the expiry period of the messages between one hour, one day, one week, one month or one year, WABetaInfo reported on Saturday. As mentioned, the feature is disabled by default, and can’t yet be accessed by users.

However, it is presently unknown that when the new feature will make it to the stable version, but it is an indication that the developers’ team is working on the feature. 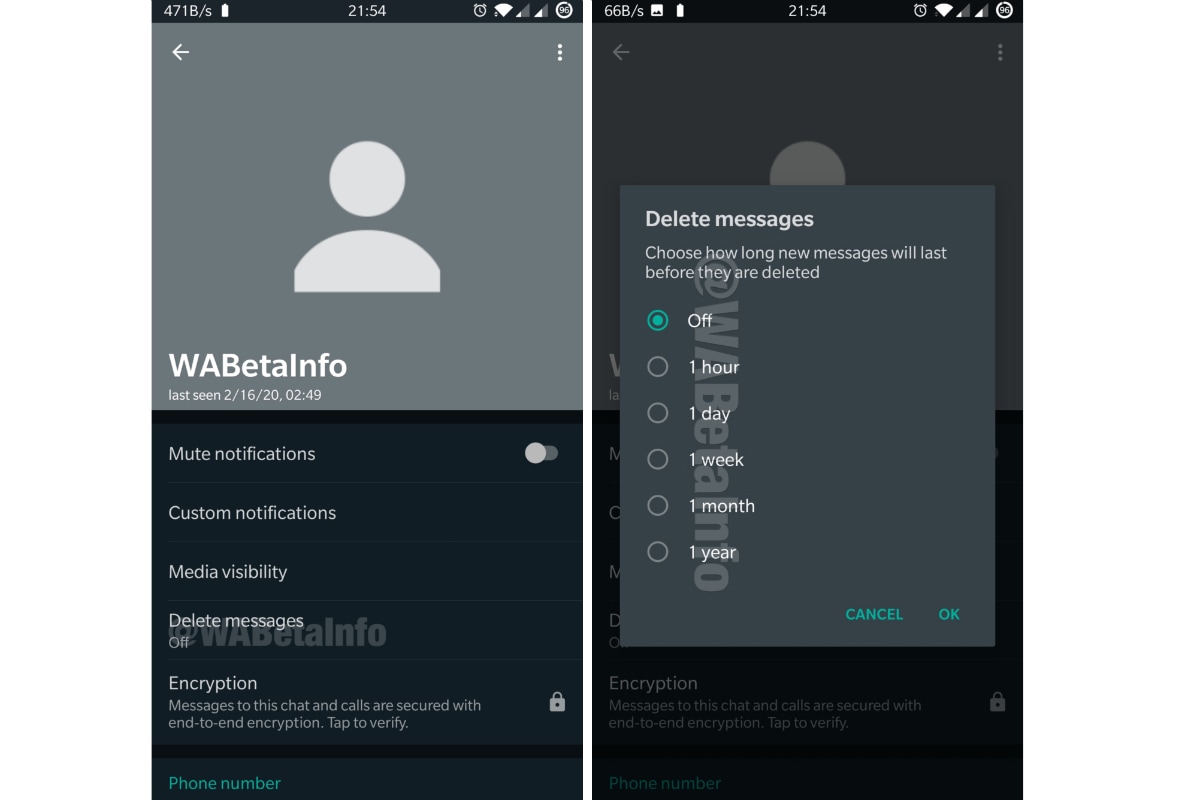 WhatsApp appears to have self-destructing messages option in the works
Photo Credit: WABetaInfo

According to a recent report, the feature will be initially available for group chats only and can be enabled by the group’s administrators. Once enabled, the feature can be toggled in Contact Info or Group Settings.

Once available, the WhatsApp delete messages feature is expected to come with a toggle on/off button and users can choose a stipulated time — an hour, a day, a week, a month or an year — for the messages to automatically disappear.

How to Block Someone on WhatsApp and How to Unblock: A Step by Step Guide for Android, iPhone, Jio Phone 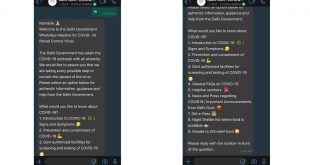 MyGov Corona Helpdesk, the official WhatsApp chatbot by the Central Government that was aimed to ...