Breaking News
Home / iOS / What if Microsoft had invented Android?

What if Microsoft had invented Android?

The smartphone war is long over; the two winners were Android and iOS. Most of the other contenders have long given up; right now Microsoft is slowly laying the last remnants of Windows Phone to rest.

That doesn’t meant there aren’t regrets. Indeed, Microsoft co-founder Bill Gates recently listed the company’s failure to come up with an Android-like mobile platform as one of his greatest mistakes.

“The greatest mistake ever is whatever mismanagement I engaged in that caused Microsoft not to be what Android is. That is, Android is the standard phone platform – non-Apple platform. That was a natural thing for Microsoft to win,” Gates said at an event hosted by a US venture capital firm recently.

This provokes two related questions. First, why didn’t Microsoft, with its vast funds and stack of brilliant brains, come up with something like Android itself? And what would the tech world look like today if it had managed to do so?

It’s not like Microsoft didn’t want to break into the smartphone market; long before Android and iOS arrived it had spent years working on different handheld devices (PDAs as they were called back then).

But once the iPhone and iOS, and then Android arrived, Microsoft was wrong footed and scrambled for years to catch up, even buying Nokia’s smartphone business in a doomed attempt to re-invigorate its attack, before finally giving up.

And there are, of course, plenty of reasons why Microsoft didn’t, and couldn’t ever, create something like Android, or indeed even like iOS.

For me, a big part of the problem for Microsoft was that, for far too long, it saw smartphones as little more than scaled-down versions of the standard desktop (it even had a brand called Pocket PC).

For a company so dedicated to the PC that isn’t at all surprising, but it meant that the idea of a totally new user interface based on touch and a new way of using applications (these tiny ‘apps’) was always going to be a struggle. Even though, when the iPhone first launched it, only had 500 apps and Microsoft already had 18,000 for Windows Mobile. The real breakthrough was the integrated app stores of iOS and Android, which made downloads much easier.

Another big reason why Microsoft couldn’t have created Android was that it was (and still is, to a certain extent) an open-source product, in a time when open source was still viewed with great suspicion by Microsoft. But Android’s open nature meant that handset vendors could take it and tweak it and use the bits that they liked.

But even more important was that Android was cheap to use. Not having to worry about high licencing fees meant that handsets were cheaper for vendors to make and it was less risky to experiment. Hence the massive, Cambrian, explosion of different Android handsets in the market. As they lost market share to Android everyone, including Microsoft, finally dropped their licence fees but by then it was too late (a few years later Microsoft also offered a free upgrade to Windows 10 to many users, showing how pervasive the concept had become).

There was only room in the market for one mass-market mobile operating system, which was Android, while Apple had already got a secure lock on the premium market.

Still, if we put aside the institutional, technical and economic reasons why Android was unlikely to appear from within Microsoft, let’s consider what would have happened if, somehow, it had.

Gates himself has a pretty clear idea. “There’s room for exactly one non-Apple operating system. And what’s that worth? $400 billion that would be transferred from company G to company M,” he said. So Microsoft would have been $400 billion better off at the expense of Google.

A smaller Google, a bigger Microsoft. Maybe, if it had been a big mobile player, Microsoft would have never made its pivot to the cloud, or maybe Google would have moved faster to the cloud itself. It’s hard to measure the implications of such a big change.

As for individual users, it’s worth remembering Google’s profit on Android comes from the services – maps, search, email – which are bundled with the operating system, which is why is can pretty much give it away to phone makers.

That was one of the huge breakthroughs with Android, but those Google services make money by capturing our information. As such, Android has played a significant role in normalising the idea that we can and should exchange our privacy for access to these services.

Most of us are still happy enough with that bargain, although more of us are worrying about it, too.

Could Microsoft have created something as successful as Android without using similar tactics? Perhaps, if it could have used smartphones as route into selling more paid-for services, much as it uses Windows today.

Perhaps then it might have taken a lot longer for surveillance capitalism to become the status quo. Perhaps not. Perhaps another company would have come up with a very similar offering to Google and we’d be exactly where we are today.

But it’s always worth remembering that the status quo is never inevitable, and doesn’t last forever.

The Monday Morning Opener is our opening salvo for the week in tech. Since we run a global site, this editorial publishes on Monday at 8:00am AEST in Sydney, Australia, which is 6:00pm Eastern Time on Sunday in the US. It is written by a member of ZDNet’s global editorial board, which is comprised of our lead editors across Asia, Australia, Europe, and North America.

Two hidden iOS features that people should use more 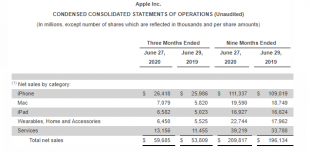 Use your Android apps on Windows 10: Microsoft’s Your Phone update rolls out to all 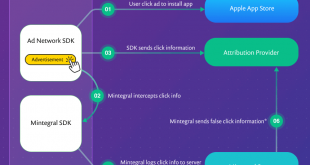