WandaVision is here to end the drought. It’s been over 18 months since (Spider-Man: Far From Home) we last received word from the Marvel Cinematic Universe, thanks to COVID-19. And while major film releases (à la Black Widow) are still uncertain, there’s no stopping TV. WandaVision Marvel Studios’ first series and Marvel’s first Disney+ series (available in India on Disney+ Hotstar). It marks another first as the MCU’s foray into sitcoms, as director Matt Shakman noted in a release: “It’s a mash-up of classic sitcoms and large-scale Marvel action. I think it’s really lovely that the first streaming show from Marvel Studios — producer of huge blockbuster films — is really a love letter to the history of television.”

From WandaVision to Tandav, Here’s What to Stream in January 2021

Shakman is part of the WandaVision creative team that includes creator and head writer Jac Schaeffer. Marvel Studios president Kevin Feige, who is among the executive producers alongside both Shakman and Schaeffer, said in a release from Marvel: “Wanda and Vision are two of our most powerful and complex heroes, and this series is a perfect expansion point for MCU storytelling.” WandaVision takes place immediately after the events of Avengers: Endgame, but it’s also set across decades past, with some of it in black-and-white. Schaeffer said: “We see [Wanda and Vision] move thorough the various eras of sitcoms as the series progresses.”

Of course, every Marvel property is part of a larger narrative. WandaVision will kick start the belated Phase Four of the MCU, and the miniseries’ events will directly link with the events of Doctor Strange in the Multiverse of Madness. The Doctor Strange sequel, set for March 2022 and currently filming in London, will also tie into the Tom Holland-led Spider-Man 3. Elizabeth Olsen’s Wanda/ Scarlet Witch is also going to be seen in Doctor Strange in the Multiverse of Madness.

For now, here’s all you need to know about WandaVision.

Episode 1 and Episode 2 of WandaVision will release on Friday, January 15 on Disney+ and Disney+ Hotstar wherever available. Following the double-episode premiere, we will be treated to one new episode every week thereafter.

If it airs continuously without any breaks, WandaVision will wrap up its nine-episode run on Friday, March 5. That is two weeks prior to the premiere of The Falcon and the Winter Soldier, which begins March 19 on Disney+ and Disney+ Hotstar.

All WandaVision episodes will drop around 1:30pm IST / 12am PT. You can download all episodes on Disney+ and Disney+ Hotstar apps for Android and iOS.

The series will not be available in Hindi, Tamil, or Telugu — while Disney India traditionally creates local-language dubs for Marvel movies, it has yet to start doing the same for Disney+ originals.

Here’s the official description for WandaVision from Disney and Marvel Studios:

WandaVision is a blend of classic television and the Marvel Cinematic Universe in which Wanda Maximoff (Elizabeth Olsen) and Vision (Paul Bettany) — two super-powered beings living idealised suburban lives — begin to suspect that everything is not as it seems.

Disney and Marvel Studios unveiled the first trailer for WandaVision back in September, which gave us our first proper look at its 1950s suburban America setting, replete in black-and-white and 4:3 aspect ratio.

A second trailer (below) was released in December at Disney’s big presentation, which gave us snippets of the classic sitcom-type jokes that are expected in WandaVision, alongside hints of what is really happening in the Marvel series.

In addition to the aforementioned Olsen as Wanda Maximoff/ Scarlet Witch, WandaVision also stars Paul Bettany in the lead as her love interest Vision.

“I think more than anything, this show created an opportunity to expand upon what makes Wanda Wanda,” Olsen said. “She is a deep-feeling person, yet in this show she tries to push that part of herself aside. So, it was more of a journey of allowing Wanda to break through the sitcom facade and accept the woman she is and the life she has led.

“He finds himself fully formed and in the 1950s,” says Bettany. “His daily life is a nine-to-five, briefcase-hat-and-suit job. […] Vision was born this omnipotent, naïve android, which is a weird combination, and he has always been growing and becoming — trying to understand what makes humans human, trying to understand love. This definitely feels like a culmination of that journey — an ending in some ways, and frankly, a new beginning.”

The WandaVision cast also includes Teyonah Parris as Monica Rambeau, a grown-up version of the 11-year-old we met in Captain Marvel, who chose the colours for the superhero’s costume. There are more returning MCU characters in Kat Dennings as Darcy Lewis from Thor and Thor: The Dark World, and Randall Park as FBI agent Jimmy Woo from Ant-Man and the Wasp.

“She’s gone on to become Dr. Darcy Lewis now,” Shakman said. “So, she’s a real expert in her field.” As for Woo, he’s the same diligent agent. Schaeffer said the two have to work together: “They have a mystery to solve. They have so many questions and no answers.”

Kathryn Hahn joins the MCU as Agnes, described as “the brassy, nosy neighbor of Wanda and Vision. She’s well-versed in all things suburban, happily giving Wanda a leg up in navigating the social pressures of Westview.”

The first reviews for WandaVision will be available starting Thursday, January 14 at 10:30pm IST/ 9am PT. Disney has given critics, including me, access to the first three episodes prior to the review embargo.

Just like with The Mandalorian season 2, I’ll be posting WandaVision episodic recaps that will be full of spoilers as new episodes air. The first of them is due Friday, January 15 around 1:30pm IST.

No, since it’s a miniseries. But there’s a lot more MCU content coming directly to Disney+ and Disney+ Hotstar.

The Falcon and the Winter Soldier begins March 19, as I said before. It centres on the titular heroes played by Anthony Mackie and Sebastian Stan, with other MCU stars joining them.

That will be followed by Tom Hiddleston-led Loki in May, the animated What If…? in summer 2021, and both Ms. Marvel (with Iman Vellani in the lead) and Hawkeye (with Jeremy Renner as Clint Barton and Hailee Steinfeld as Kate Bishop) in late 2021.

For 2022, Marvel Studios is preparing Moon Knight (that might have Oscar Isaac in the lead) and She-Hulk (with Mark Ruffalo as Hulk and Tatiana Maslany as She-Hulk).

Here’s the official poster for WandaVision from Disney and Marvel Studios: 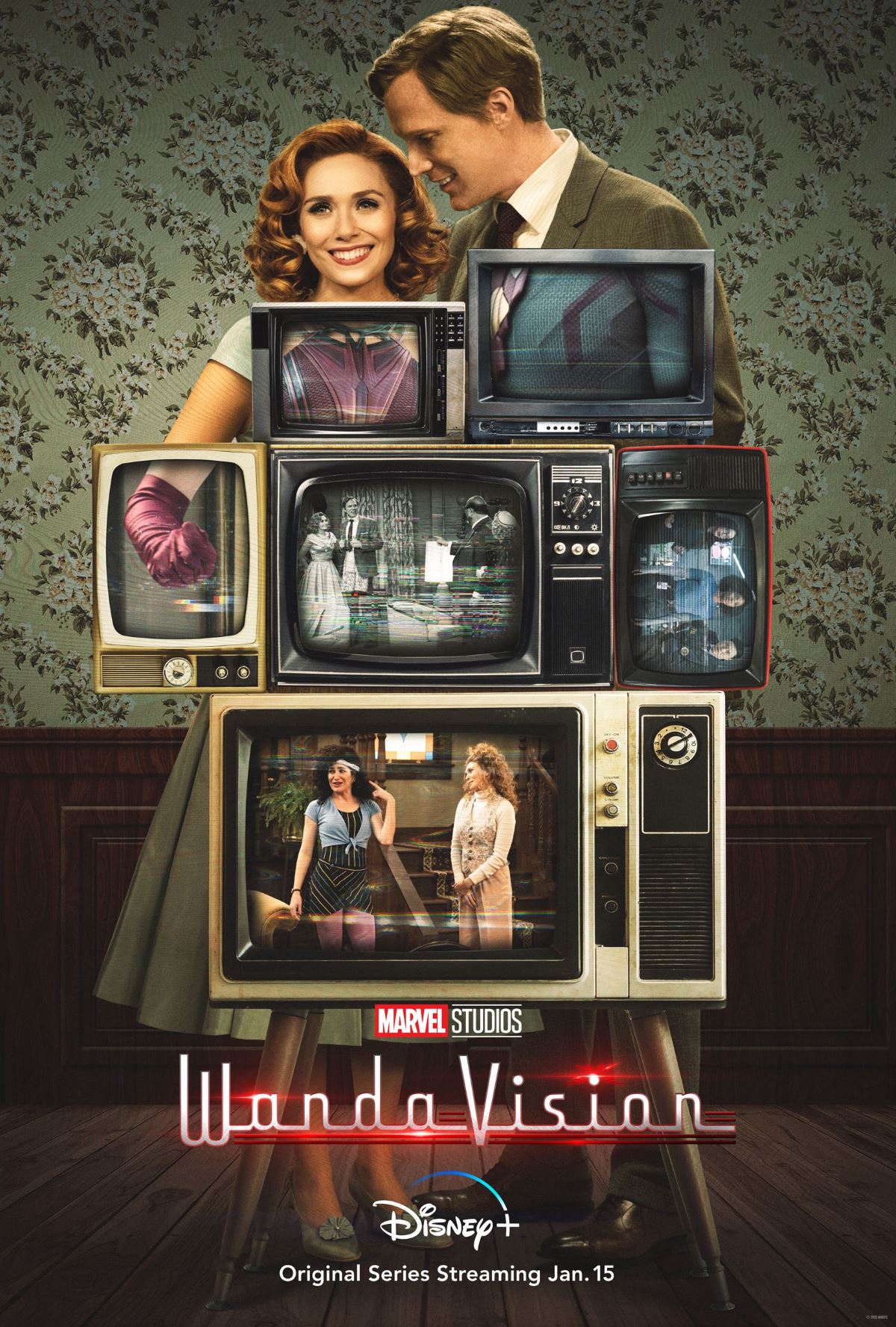