Vivo has taken the wraps of its Nex 3 flagship smartphone that’s available with 4G or 5G, a triple camera module, and a screen that stretches over its curved edges.

The iPhone 11 looks pretty much like the iPhone X with the exception of the new triple camera on the rear. But Vivo’s Nex 3 is jam-packed with features that could impress consumers tired of the perceived lack of innovation coming from Apple and Samsung.

The Nex 3 smartphone comes with Qualcomm’s top-tier 5G Snapdragon 855 Plus and features Vivo’s ‘waterfall’ curved 6.98-inch display that drips over the edges, much like Samsung’s Galaxy S10.

Vivo boasts the phone has a 99.6% screen-to-body ratio and no iPhone-like notch.

Due to the screen reaching across the edges, there’s no room for physical buttons, which Vivo has substituted with a vibrating or haptic feedback system called ‘Touch Sense’ that’s built in to the Nex 3’s waterfall display. It’s also got an in-screen fingerprint scanner.

As the new 5G phone on the block, the Nex 3 could compete in Europe with Samsung’s Galaxy S10, the Galaxy Note10 Plus, the Huawei Mate 20 X, the OnePlus 7 Pro, and the 5G phone from Vivo’s sister brand, the Oppo Reno. The new 5G smartphones are being promoted by carriers in the UK.

Vivo doesn’t have much of a presence in the US. Vivo, Oppo, and OnePlus, are owned by Chinese conglomerate, BKK Electronics. While Oppo and Vivo are the fifth and sixth largest vendors by global shipments, combined they have a greater worldwide marketshare than Huawei’s 15.8% and Apple’s 10.1%, according to Counterpoint Research.

The Nex 3 packs three cameras into a circular-shaped module, which includes a massive 64-megapixel (MP) main camera, a 13MP wide-angle camera and 13MP telescopic camera. For the front-facing camera, Vivo has opted for a pop-up design with a 16MP camera that doesn’t disturb its full-screen ambitions.

SEE: The best cheap phones: From $400 to free, our picks even include an iPhone. Sorry, no 5G.

Another feature that could appeal to consumers is Vivo’s ‘ambient light’ answer to screens with a curved edge, which displays different lights and patterns when new notifications and calls arrive or when using the device to play music.

The 5G variant will be available 8GB or 12GB RAM and 256GB storage, and contains a 4,500mAh battery backed by Vivo’s Super FlashCharge 44W technology past.

Vivo hasn’t announced pricing yet but says it will be available in the Asia Pacific and Southeast Asia in the coming months. 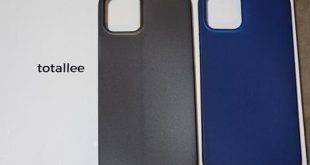 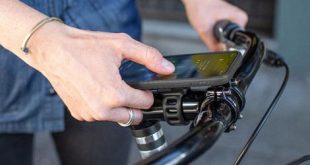 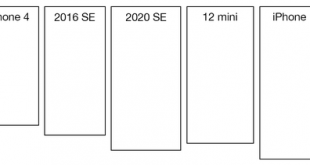 Which iPhone 12? How to choose the iPhone model that’s right for you