Verizon said it added 451,000 retail postpaid net additions in the second quarter as its earnings topped expectations, but revenue fell a bit short.

The wireless giant reported second quarter net income of $4.1 billion, or 95 cents a share, on revenue of $32.1 billion. Non-GAAP earnings for the second quarter were $1.23 a share. Wall Street was looking for non-GAAP earnings of $1.20 a share on revenue of $323.4 billion. Verizon CEO Hans Vestberg touted the company’s efforts to build out 5G service and retool the operating structure.

How 5G Will Transform Business

5G will be popularized via telecom carriers and the marketing of wire-cutting services, but the biggest impact and returns will come from connecting the Internet of things, edge computing and analytics infrastructure with minimal latency.

See: 5G enthusiasm abounds from tech CEOs: Is it warranted?

On a conference call with analysts, Vestberg was asked about the net adds on consumer vs. business. He said:

On the business side when it comes to wireless, we are taking share. We feel really good about it. The network quality we have is very important for businesses. I mean there’s no doubt about that coverage and capacity becomes even more important in the enterprise.

If I look at the second quarter, it was with more competitive than the first quarter when it comes to competition in the (consumer) market. We’re doing well on the business side and again, I think that the wireless part of the business side is important with network performance and ease of coverage. But of course there’s competition for those deals as well. I think we’re doing well in that area and we will continue to do well. We have new offerings coming out, and we’ll continue to build the network even more robust and getting more on it.

Here’s how Verizon’s results compare to the wireless carrier field:

On the wireless front, Verizon reported wireless revenue of $22.7 billion in the second quarter, up 1% from a year ago.

The company reiterated its outlook for the year and earnings growth in the low-single digits and revenue gains at the same clip.

Numbers to know include: 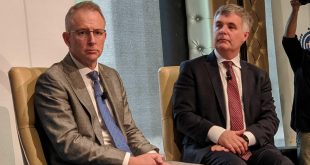 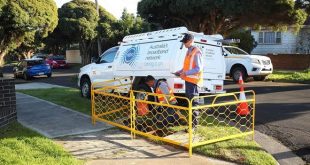 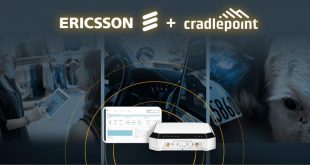 Ericsson picks up Cradlepoint for enterprise value of $1.1 billion

Image: Supplied Ericsson announced on Friday that it has acquired Cradlepoint in a deal that ...