Tired of cleaning up after take-out or getting hangry waiting at your table in restaurants? Well Uber Eats is barging into the dine-in business. A new option in some cities lets you order your food ahead of time, go to the restaurant, then sit down inside to eat, a tipster from competing dine-in app Allset tells us. We tested it, and Uber Eats Dine-In even waives the standard Uber delivery and service fees.

Adding Dine-In lets Uber Eats insert itself into more food transactions, expand to restaurants that care about presentation and don’t do delivery and avoid paying drivers while earning low-overhead revenue. Uber’s Dine-In option is now available in some cities, including Austin, Dallas, Phoenix and San Diego, where it could save diners time and fees while helping restaurants fill empty tables and waiters earn tips. But it also could coerce more restaurants to play ball with UberEats if their competitors do, eating into their margins. 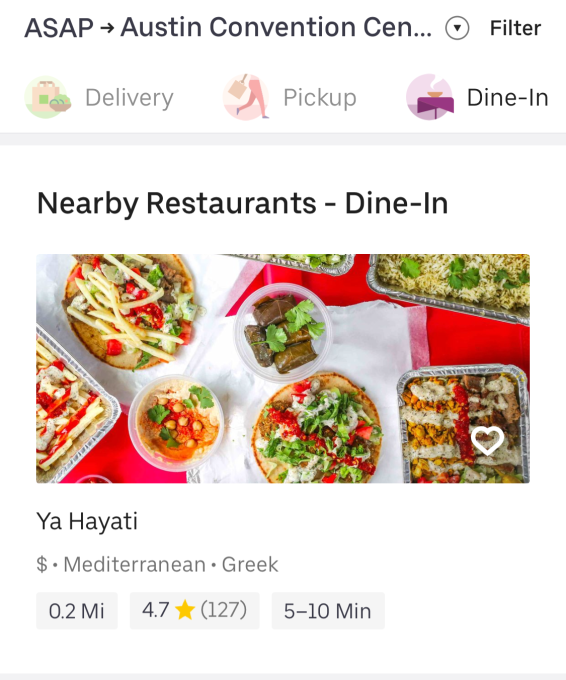 Uber confirmed the existence of the Dine-In option, telling me, “We’re always thinking about new ways to enhance the Eats experience.” They also verified there are no delivery or service fees, and restaurants get 100% of tips left in-app by users. However, we found some items were silently marked up from restaurants’ listed prices in both Uber Eats Delivery and Dine-In options, which could help it make some money directly from these purchases. We also discovered this buried Uber Help Center FAQ with more details.

Dine-in appears next to the Delivery and Pick-Up options across the top of the Uber Eats app in select cities. You can choose to go eat “ASAP” or in some cases schedule when you want to arrive and sit down. You’ll be shown how long the food will take to prep, distance to the restaurant, your price and the restaurant’s rating. You’ll then be notified as the order is prepared and approaches readiness. Then you just deliver yourself to the restaurant and add a tip in-app or on the table.

Uber Eats should obviously make it easy for you to hail an Uber with the restaurant as the pre-set destination. An Uber spokesperson called that a good idea but not something it’s doing yet. Back in 2016, Uber tried a merchant-sponsored rides option where you’d get a rebate on your travel if you spent money at a given store. You could imagine restaurants that want to show off their ambiance giving customers some money back if they come across town to eat there. 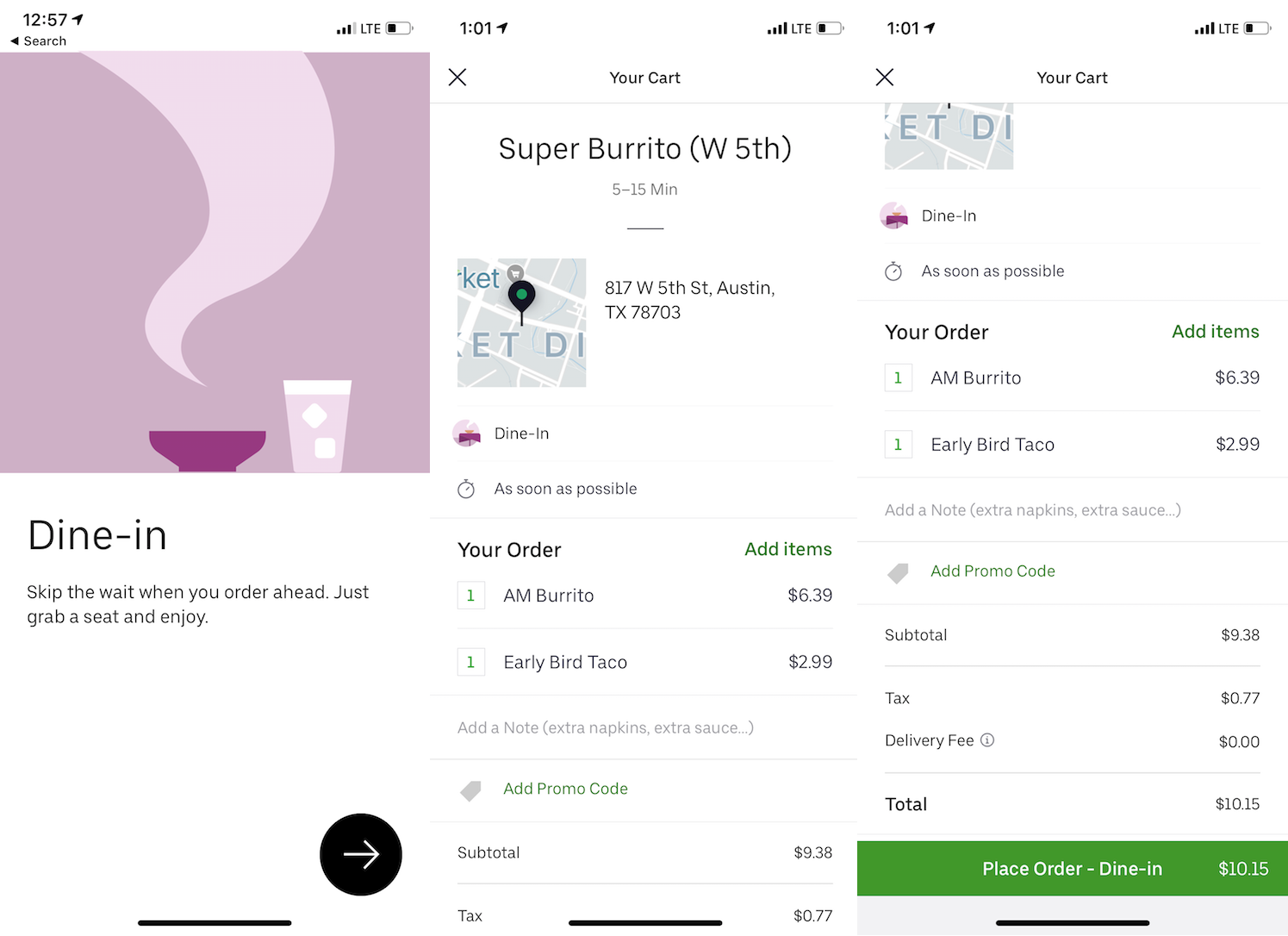 The new feature could spell trouble for other dine-in apps like Allset that’s been in the business for four years. Users might also opt for Uber Eats Dine-In over restaurant reservation apps like OpenTable and Resy. Why waste time waiting to order and for your food to be cooked when you could just show up as it comes out of the oven?

“I think that more delivery players will be tapping into dine-in space. It’s all about convenience and time saving. But it’s going to be very difficult for them, given their focus on delivery,” Allset CEO Stas Matviyenko said of Uber becoming a competitor. He believes dedicated apps for different modes of dining will succeed. But Uber Eats’ ubiquity and its one-stop-shop model for all your dining needs could make it stickier than a dine-in only app you use less frequently.

With Dine-In, Uber could aid restaurants that are empty at the start or end of their open hours. Last year we reported that Uber Eats was giving restaurants prominence in a Featured section of the app to drive up demand if they offered discounts to customers. Similarly, Uber could let restaurants entice more Dine-In customers, especially when foot-traffic was slow, by providing discounts on food or subsidized Uber transportation. Better to knock a dollar or two off an entree if it means filling the restaurant at 5:30 or 9:30 pm.

And now that Uber Eats does delivery, take-out and dine-in, it’d make perfect sense to offer traditional restaurant reservations through the app as well. That would pit it directly against OpenTable, Resy and Yelp. Instead of trying to own a single use case that might only appeal to certain demographics in certain situations, Uber Eats’ strategy is crystallizing: be the app you open whenever you’re hungry. 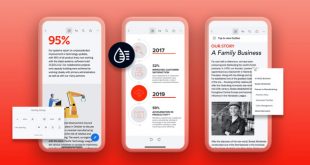 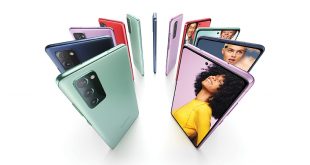 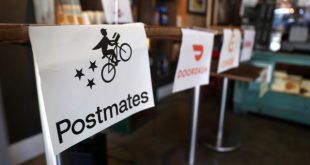 Popular food delivery service Postmates is in the process of merging with Uber in a ...