The loss of several big-name streamers is finally taking its toll on Twitch, according to a new report from StreamLabs and Newzoo out today. In August 2019, top streamer Tyler “Ninja” Blevins, announced his intention to leave Twitch for Microsoft Mixer. Several others have since defected as well, including competitive gamer Michael “Shroud” Grzesiek who went to Mixer in October, Jack “CouRage” Dunlop who left in November for YouTube Live, and Jeremy “Disguised Toast” Wang who also left in November, but went to Facebook Gaming.

The loss of Ninja hadn’t impacted the amount of time Twitch users spent watching content on the platform as of Q3 2019, but the total hours streamed had slightly dipped. As of Q4 2019, however, Twitch’s momentum began to slow.

While the Amazon-owned streaming site is still by far the leader in terms of hours of content both watched and streamed compared with rivals with a market share of 75.1%, the number of hours watched on Twitch declined from Q3 to Q4 2019 by 9.8%. 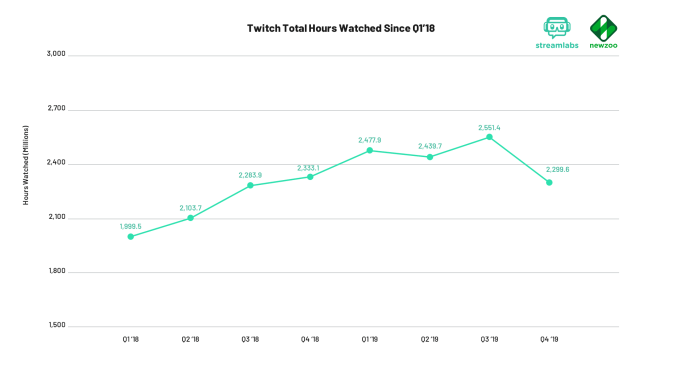 That being said, Twitch overall is still growing, with a 12% increase in total hours watched on the platform in 2019 compared with 2018.

The high-profile losses are also now impacting the hours streamed on Twitch, the report found. 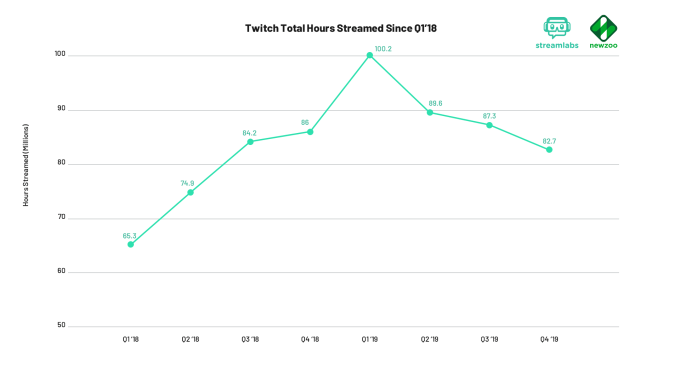 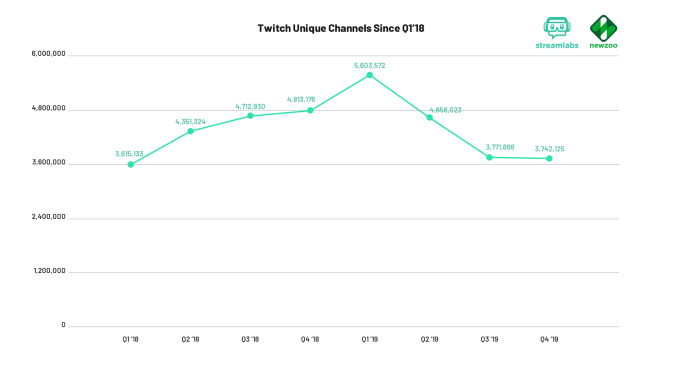 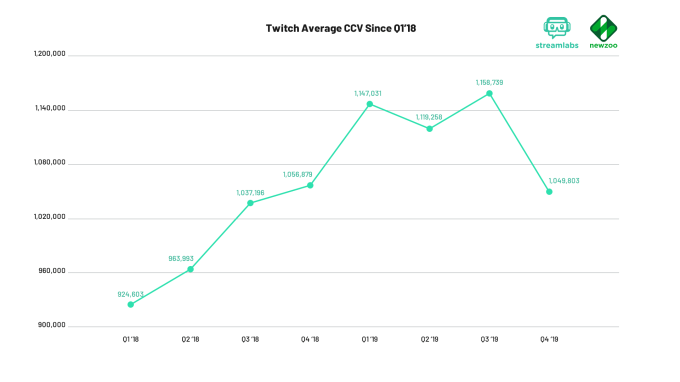 YouTube Gaming Live, meanwhile, became the only platform to see increases in hours watched, streamed and concurrent viewership in Q4 2019.

CourageJD’s move to YouTube Gaming Live has helped to boost Google’s platform, but the increases can also be attributed to YouTube’s broadcast of top esports events and influencer moments.

The total number of hours watched on YouTube Gaming Live grew 46% from Q1 to Q4 2019 to reach 909.1M — making that the largest percentage increase among gaming sites. Hours streamed remained stable, closing the year at 12.3M. Unique channels increased 4.8% on a quarterly basis but declined 24.6% from Q1 2019. 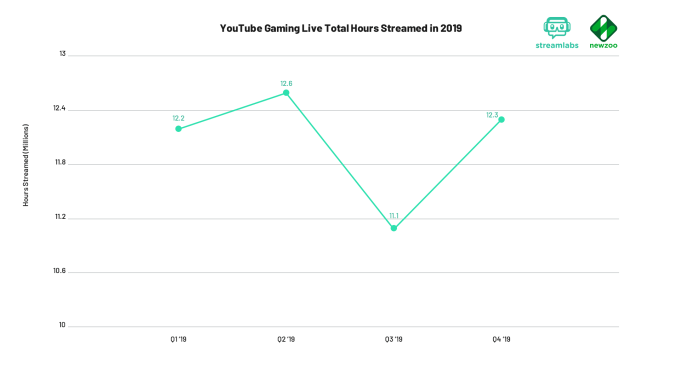 YouTube Gaming Live’s biggest jump was in concurrent viewers, which grew by a sizable 33.8% in Q4 — making it the only platform to see an increase in average concurrent viewership in the quarter. Average viewers per channel also increased by 21% quarter-over-quarter — even though the number of unique streaming channels grew by 4.8%, which usually means a drop in average viewers per channel would occur. 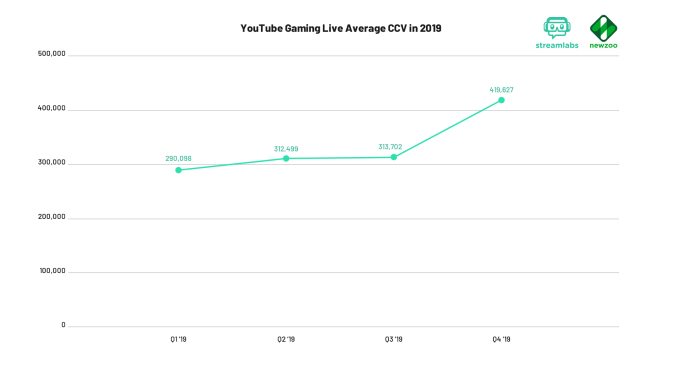 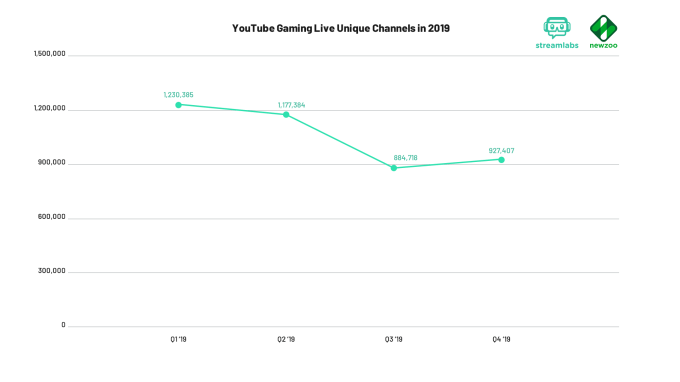 Ninja’s move to Mixer has encouraged other streamers to start broadcasting on the platform, but despite that deal and the one with Shroud, the number of hours watched declined 8.5% quarter-over-quarter from 90.2 million in Q3 2019 to 82.5 million in Q4 2019. But year-over-year, Mixer’s hours watched have more than doubled. 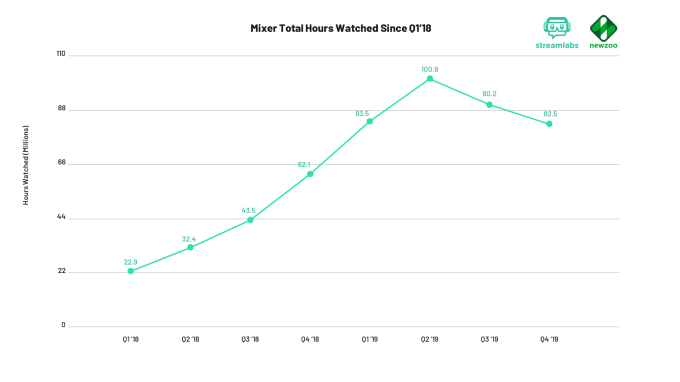 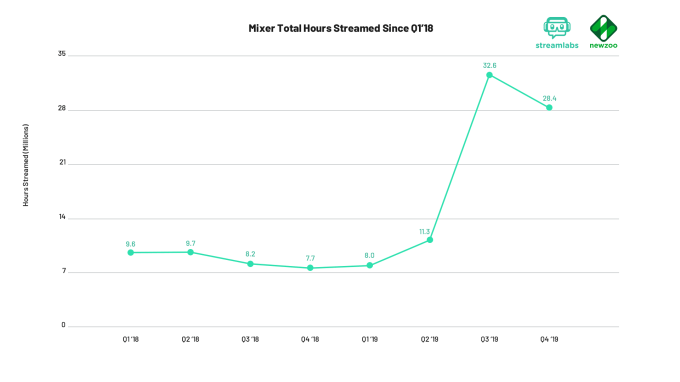 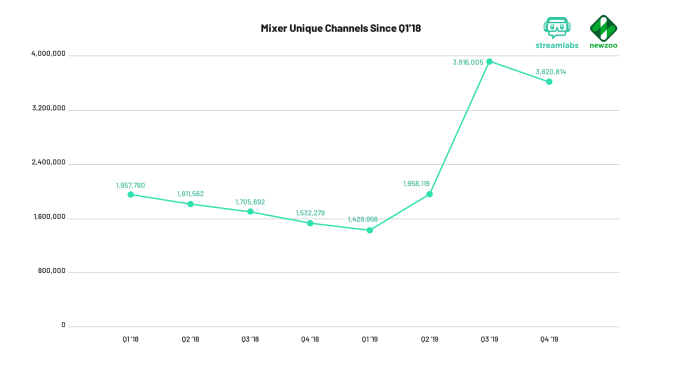 Average concurrent viewership on Mixer declined 8% from Q3 to Q4, but was up 55.1% year-over-year. Average viewers per channel remained stable.

Also in Q4, several live streamers made the switch to Facebook, including Disguised Toast, as noted above, as well as Zero and Corinna Kopf. This could have also contributed to the momentum in the quarter, as well as launches of charity live streaming tools, and the arrival of the Facebook Gaming app in Thailand and Latin America. 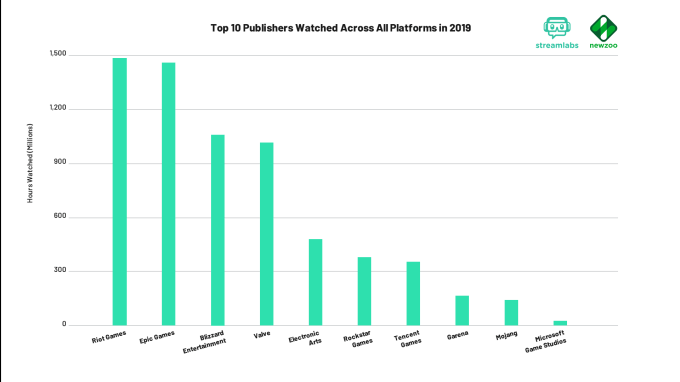 For the year, the most-watched publisher was Riot Games, due to League of Legends and Teamfight Tactics. Epic Games (Fortnite) trailed by only 25.1 million hours. The latter saw a 29% decline, year-over-year, in terms of hours watched, while the former grew just 3.6%.

Similarly, League of Legends was the No. 1 game streamed on Twitch in 2019, followed by Fornite then Grand Theft Auto V. Fornite topped YouTube Gaming Live and Mixer. 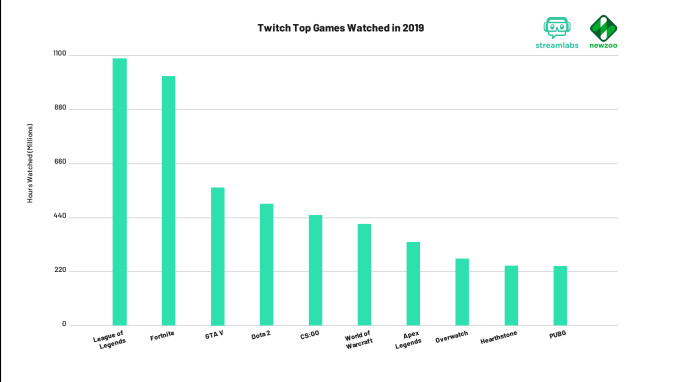 While none of the streamers’ defections from Twitch have been significant enough to force the platform from its No. 1 position, it has created a healthier competitive landscape among streaming services. But in reality, it’s still too soon to see what long-term impacts the moves will have on Twitch and whether or not its rivals can continue their momentum in 2020. 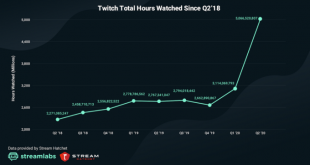 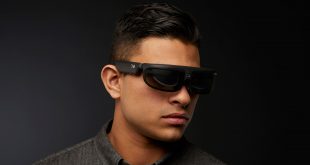 Here’s what it got wrong – TechCrunch 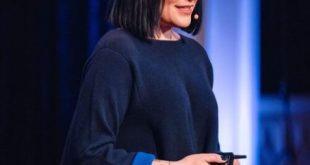 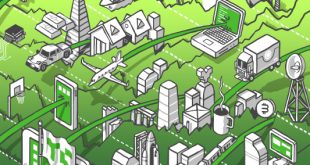 Why isn’t its IPO worth more? – TechCrunch

Agora isn’t the only company headquartered outside the United States aiming to go public domestically ...