Beaches Negril Resort & Spa in Jamaica has more than 6,000 reviews on TripAdvisor, so it would be easy to miss one posted in November. In the review headlined “Rape at Beaches,” a female guest details a horrifying experience involving a spiked drink at the resort’s club and a sexual assault by the pool. She warns readers: “This resort is not a safe place for women and children.”

Until a few weeks ago, you had to search certain words – “assault,” “rape” – to uncover allegations of harmful activity at any of the 8 million businesses listed on the travel site. Now, businesses with reviews that allege a sexual assault are flagged with a “Traveler safety” tag that will remain on the site indefinitely. Below the label, you can read the blurb relating to the alleged abuse or crime. If no such allegations appear in a company’s reviews, the warning will not appear.

“Safety is one of travellers’ top priorities,” said Brian Hoyt, a TripAdvisor spokesman. “We don’t want to scare them. We want to empower them.”

The new label is the first phase of a multipart safety initiative. The site’s users wanted a more prominent warning system, Hoyt said. (TripAdvisor does not investigate or verify the claims. They are first-person accounts.) In the coming months, TripAdvisor said it will expand its scope to flag such categories as deaths, druggings, armed robberies and other forms of physical harm.

The new feature joins a media notification that the company unveiled in 2017. The notification alerts travellers about events or situations that have received significant news coverage. For example, the Majestic Elegance Punta Cana in the Dominican Republic, where a woman from Delaware said she was brutally attacked in January, carries the notification.

Hoyt said the company may also add safety-related tips, such as noting that a hotel has round-the-clock security guards or advising travellers to avoid certain neighbourhoods. 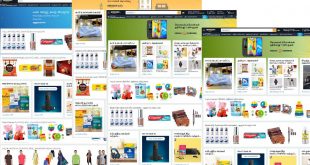