Tinder’s Swipe Night Will Find You a Match in the Apocalypse, Starting September 12

Tinder is bringing its interactive choose-your-own-adventure experience Swipe Night to India on September 12, which has you participate in an apocalyptic tale where an asteroid is set to hit the Earth in less than three hours. You get to make choices — from mundane (picking music) to grave (helping someone) — as you progress through Swipe Night, and these choices will influence the story — but also whom you match with on Tinder afterwards. The dating app will even display key decisions on your profile, hoping to give Swipe Night users an icebreaker for conversations.

Swipe Night comes to India nearly six months after Tinder had originally planned to release it. That’s because Tinder felt March wasn’t the right time to push out an apocalyptic story, as the coronavirus swept through the world. But with the pandemic not going anywhere, it seems to have decided to roll it out now.

Tinder notes that life is getting back to normal in parts of Asia, especially Korea and Japan, but India is not close to the pre-pandemic normal anytime soon. The country is now adding over 90,000 new cases every day, more than any other nation.

Swipe Night debuted in the US last September. Tinder said total matches during the event went up 26 percent and message volume increased by 12 percent, as compared to a typical weekend. But Tinder is making some changes too as it takes Swipe Night to the rest of the world.

The original four episodes have been condensed into three episodes. And while Swipe Night was limited to just Sunday in the US, it’ll be available the entire weekend in India and elsewhere.

Swipe Night will roll out on three successive weekends, starting at 10am local time every Saturday and running until midnight on Sunday. Strangely, in the era of on-demand viewing, Tinder’s Swipe Night is an appointment-based event, only accessible on weekends.

Users get seven seconds — Tinder’s product lead Kyle Miller said they “didn’t want users to overthink, and go with their gut” — to make every decision on Swipe Night, by swiping left or right, which ties into Tinder’s dating experience. It’s an echo of games like Reigns, which took inspiration from Tinder, now coming full circle.

Some choices have been hotly debated while others have been very curious, Tinder says, from the social media chatter it saw in the US. In the first episode, viewers have to pick between helping a puppy and human being, and an overwhelming majority picked the puppy. 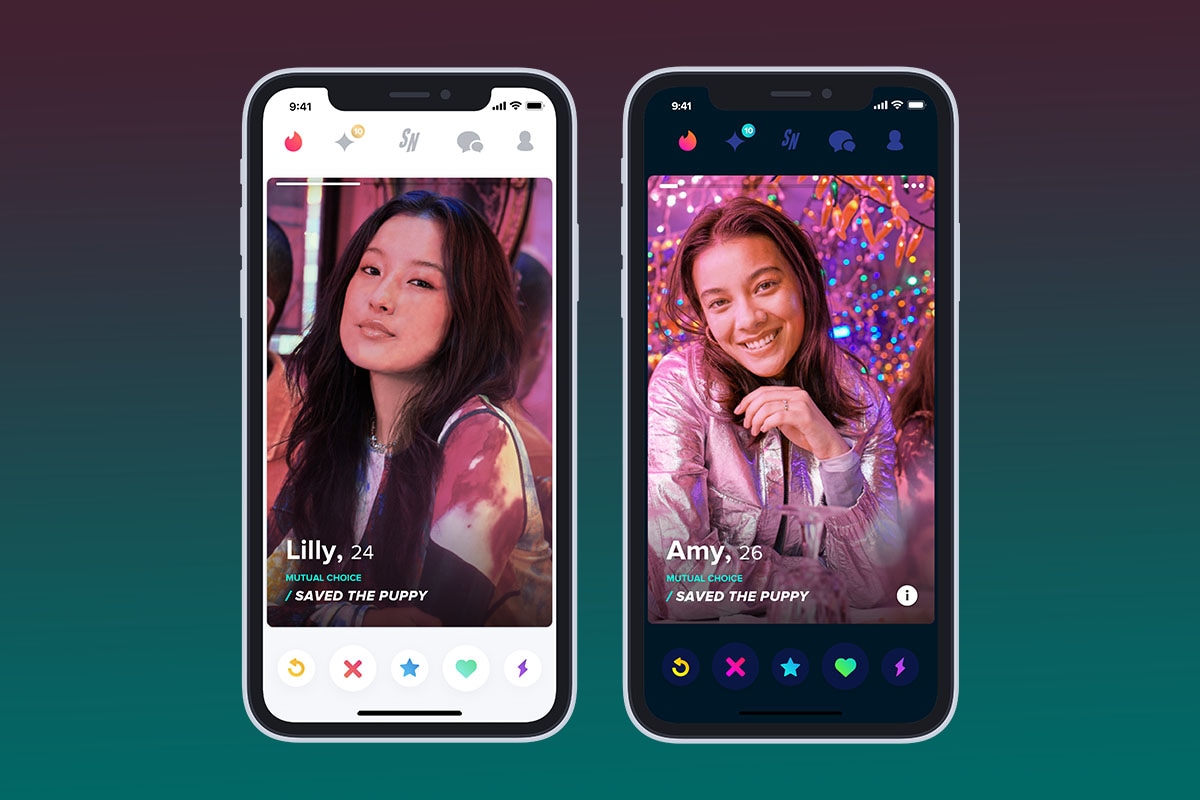 At the end of every episode, you’ll be told how many other people ended at the same chapter endpoint as you. Tinder will also pick the top three choices that say a lot about you, and display them on your profile. These will be used to show you other people like yourself, Miller said.

In terms of mechanics, Swipe Night isn’t completely intuitive though, as you’ve to swipe right to pick the choice on the top-left, and left to pick the one on bottom-right. But Tinder does highlight the option that you’re choosing, so that should accordingly train Swipe Night users. And naturally, since it’s playing out on Tinder, Swipe Night is entirely made up of vertical videos.

Swipe Night originated as a result of Tinder’s efforts to please Generation Z. For the app, that’s 18- to 25-year-olds. That’s its biggest user group, and Tinder is naturally focused on how to keep them engaged.

Miller said they talked to Gen Z about problems they were having. Chief among those concerns was that they wanted Tinder to feel more live, and had trouble initiating conversations. This happened in the wake of Fortnite putting up an in-game concert with the American DJ Marshmello, and Miller’s team wondered what they could do in that vein for Tinder.

What emerged from their discussions was a first-person interactive story that had the Tinder user as the main character and turned the Tinder swipe into the navigation mechanic. But they didn’t want Swipe Night to be something that had been transplanted from a different app.

“The choices had to say something about the members,” Miller added, “and help them get to know each other.” After all, Tinder is a dating app, and it’s trying to build connections between its users.

So Miller went to Paul Bouakadakis, Tinder’s VP of special initiatives, to help with the story that would power Swipe Night. Bouakadakis noted that we’re living in the golden age of content, which meant the Swipe Night story had to be “up there”.

The company conducted user surveys of Gen Z members and discovered that dystopian fiction and impending doom were trending themes. A lot of them were even using “what would you do at the end of the world?” as an icebreaker. That’s how Tinder ended up with an apocalyptic theme for Swipe Night.

The story was a lot of work since it had so many branching narratives, just as with Black Mirror: Bandersnatch on Netflix, and because Bouakadakis wanted there to be “no wrong choices, so every choice had to continue the story.” And moreover, the choices had to reveal something about the users, such as sense of humour, music tastes, and their fight or flight response.

Miller’s team had the challenge of getting Swipe Night to work in the Tinder app, which wasn’t built to handle content like this. “We also couldn’t test it out or roll it slowly because we wanted to get it everywhere [on day one],” Miller said. That meant they had to rely on what Miller calls the “Trojan horse” approach.

The Tinder team baked in new features in places where members wouldn’t expect them. It could be background video behind a chat, tinting Tinder a little blue in one city (Los Angeles), or rolling out a user survey to essentially test branching narratives.

Not everything made it in, though. Tinder experimented with getting users to tap on the screen to make their character run faster, but it didn’t make the cut. Tinder also developed a romantic story, which it thought would be more fitting to the dating experience, but it realised that it wouldn’t work in first-person.

A second season of Swipe Night is also in the works, though Tinder wouldn’t talk about it at this stage.

Previous Cisco warns of actively exploited IOS XR zero-days
Next Realme C1 or Redmi 6A: Which Is the Best Android Phone Under Rs. 10,000?

Microsoft Teams to Get AI-Based Noise Suppression Feature in November

WhatsApp May Make it Easier to Submit Bug Reports