The Netherlands has become the first country in the world that has expanded its national Amber Alert system to automated teller machines (ATMs).

Starting last week, over 300 ATMs from ATM manufacturer In2Retail have begun showing photos of missing children on their screensavers.

For now, the Amber Alert-compatible ATMs are only installed in selected locations, such as international airports (in Amsterdam and Rotterdam), some national airports, but also in large shopping malls and near popular tourist attractions.

Authorities say they have plans to blanket the entire country and expand the system to the ATMs of other ATM vendors.

The ATMs will be able to show to types of alerts. One is an Amber alert (when the life of the child is in immediate danger), and the other is a Dutch-specific alert, not as urgent as an Amber alert, called a Vermist Kind Alert (when authorities are extremely worried about the wellbeing of a missing child).

Besides showing pictures of missing or kidnapped children, the ATMs will also show a second campaign, one in which authorities urge Dutch citizens to sign up to the Amber Alert system so they can receive alerts on their phones, as well.

The Amber Alert system was initially developed in the 1990s in the US, but has since spread to many countries all over the world, but mainly North America and Europe.

Depending on the structure of each national network, authorities can show alerts of missing or kidnapped children on users phones (via SMS messages), on TVs (by interrupting normal TV broadcasts), or on compatible advertising boards.

The Netherlands is the first country who developed a system that can show these alerts on ATM screensavers.

“We are very pleased with this new and innovative partnership and we hope other countries will follow this great example,” said Frank Hoen, Founder and Chairman of AMBER Alert Europe. 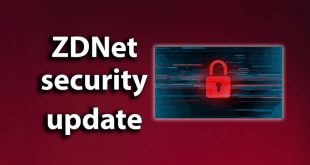 Ransomware is the biggest global cyber threat. And the attacks are still evolving

Hacking gets dangerously real: 8 cybersecurity predictions to watch out for

Study for certified cybersecurity expert exams with this $49 training