Telstra has acknowledged it is suffering an outage that has taken out some of the essentials of 21st century Australian life: ATMs and Eftpos terminals.

“We’re currently looking into an issue affecting services including Eftpos and access to ATMs,” the company said in a tweet at 4:19pm AEST on Thursday.

“We’re sorry if this impacts you. We’ll keep you updated as we know more.”

Telstra apologised in a statement at 2am, and said that services were fully restored.

“The outage occurred from approximately 2.30pm to 5.30pm on 11 July impacting some of Telstra’s IP network services, including Eftpos, ATM and some payment platforms,” it said.

“We are continuing to investigate the exact cause of this issue but early investigations suggest it was caused by an unusually large volume of traffic across network links in NSW.”

The Commonwealth Bank said the outage took out some of its ATMs and Eftpos services, as well as some in-branch services and CommSec logins. The outage then cascaded into a higher number of calls than usual into its call centre.

Westpac said it was aware of some branches in Sydney being “non-operational due to a broader network failure in the region”.

“Our teams are communicating with external providers on when services will be restored & we’ll keep you updated. Online banking is working normally,” the red and white bank said.

For the red and black bank, the outage has seen terminals across New South Wales impacted, and parts of Queensland affected. NAB’s HICAPS health claims and payments system was also hit.

The outage is also having a crippling impact on the nation’s fast food industry.

“Ordered my food at @maccas drivethrough, move up and stuck between cars for just short of 20 minutes after ordering. at the window I’m told there is no eftpos, and so I can’t get what I ordered,” one Twitter user wrote.

“Staff wouldn’t even look at me to apologise.”

Supermarket chain Woolworths said its stores were still trading as they are able to process payments manually, however, when ZDNet walked into its Town Hall store in Sydney, a sign greeted shoppers stating it was trading as cash only. 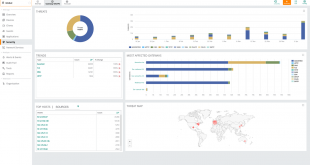 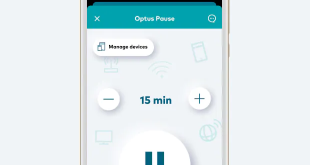