When it comes to internet speed tests, Ookla‘s Speedtest is the gold standard. So when Ookla examined its data for Starlink and its satellite internet rivals, HughesNet and Viasat, the numbers it comes up with are meaningful.

When you’re comparing internet providers for your business, don’t just look at speed and price. More than anything else, you want the most reliable connection to keep your business running.

To no great surprise, Ookla found Starlink beats HughesNet and Viasat handly. The company found that “Starlink was the only satellite internet provider in the United States with fixed-broadband-like latency figures, and median download speeds fast enough to handle most of the needs of modern online life at 97.23 Megabits per second (Mbps) during Q2 2021. HughesNet was a distant second at 19.73 Mbps and Viasat third at 18.13 Mbps.”

As for latency, the time between when you start an activity over the internet and when you get a response back, it’s not even a competition. Starlink’s median latency, 45 milliseconds (ms) is close to fixed broadband’s 14 ms. Low latency is vital for voice and video calling, gaming, and live content streaming. By comparison, Viasat, 630 ms, and HughesNet, 724 ms, are almost unusable for these purposes.

Why was there such a huge difference? It’s simple physics. Unless we ever get quantum networking, we can’t network faster than the speed of light. Starlink uses low earth orbit (LEO) satellite constellations, flying above us at a relatively close 550 to 1,200 kilometers (km), while HughesNet and Viasat have far higher geosynchronous orbits of about 35,000km.

Of course, even Starlink isn’t as fast as cable or fiber-based internet. According to Ookla, the median fixed-broadband in the US is 115.22Mbps with a latency of 15ms. But, Starlink was never meant to compete with Earth-bound internet in cities and suburbs. It’s meant to offer an alternative to people living in the country. There I know people who are still using — yes, I’m serious — dial-up modems and slow-as-dirt DSL connections with speeds that go all the way down to Kilobits per second (Kbps).

For these users, Starlink is clearly the better choice. But, Starlink is still being rolled out. This means some places at some times get much better performance than others. Ookla found at the top were users in Morgan county, Alabama at 168.30 Mbps, while lagging more than 100 Mbps behind were the residents of Madison County, Indiana.

Generally speaking, due to how the Starlink satellite constellations are currently set up, the farther North you live, the better your connection. But, as Morgan county shows, that’s not a hard and fast rule. For example, in Canada Starlink’s median download speed of 86.92 Mbps exceeded the country’s median fixed broadband speed of 84.24 Mbps.

In other countries, such as France, Germany, and the United Kingdom Starlink’s speed vastly beats terrestrial internet speeds. In France, Starlink’s download speed 139.39 Mbps, easily outran the country-wide fixed broadband average speed of 70.81 Mbp. With Germany, the difference is even larger. A German internet user can expect to see a Starlink speed of 107.98 Mbps while its Earth-bound competitors come in at 58.17 Mbps. While in the UK, and not just in those areas of Scotland far away from the usual internet providers, Starlink’s 108.30 Mbps beats fixed broadband, 50.14 Mbps, hollow. Of course, in all cases, Starlink’s latency will be slower than its territorial competitors. You can’t beat physics.

You might be wondering how HughesNet and Viasat can stay in business. The reason for that is simple. They’re the only internet game in town in many countries. For instance, in Brazil, Viasat’s 60.30 Mbps download speed is comparable to fixed broadband’s 61.38 Mbps. If you live in the campos, the countryside, you can get Viasat, where you may not have a practical alternative.

But, while Starlink may sound wonderful, its manufacturing lines are still lagging far behind demand. I, for instance, have yet to see my Starlink Terminal and I ordered it almost six months ago.

In theory, Starlink will be available around the world by September. In practice, I’m not counting on it.

Is Starlink for everyone? No. But, if you live beyond the reach of conventional high-speed internet or areas with poor general internet service, you’ll want to try to get it. Once in hand, it’s clearly the best satellite internet service.

Previous Google is building its own chip for the Pixel 6 – TechCrunch
Next The Suicide Squad Post-Credits Scene and Ending, Explained 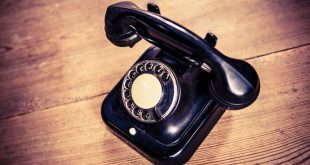