Alongside its other CES announcements, at Samsung’s Unpacked event today the company introduced its new Galaxy SmartTag Bluetooth locator, a lost item beacon for Samsung owners and a competitor with Tile. Like Tile and Apple’s forthcoming AirTags, the beacon can be attached to keys, a bag, a pet’s collar or anything else you want to track. Initially, these SmartTags will use Bluetooth to communicate with a nearby Samsung device, however, the company confirmed an ultra-wideband (UWB) powered version called the SmartTag+ will arrive later this year.

The latter would allow the SmartTag to better compete with Apple’s AirTags, which are also expected to take advantage of newer iPhones’ UWB capabilities. Tile, in anticipation of this news, has already developed a UWB tracker arriving later this year, as well.

The SmartTag announced today, the Galaxy SmartTag, will use Bluetooth and there is only one main SKU — not a range of products in different sizes or configurations. However, the tracker will be sold in two color variations: Black and Oatmeal.

The tracker works with any Galaxy device, a Samsung rep told us, as long as the device runs Android 10 or later.

Device owners can then locate the missing item with the SmartTag attached using the SmartThings Find app.

This works similar to Tile and other BLE (Bluetooth Low Energy) trackers. When the SmartTag is offline — meaning, disconnected from the Galaxy S21 or other device — it sends a BLE signal that can be detected by nearby Galaxy devices. When detected, the device will send the nearby location information to the SmartThings Fine app so you can locate the item. Samsung says the SmartThings Find user data is encrypted and securely protected, so your location and personal information is safe when you lose your device and use the app to search for it.

The app will also offer a variety of locating tools, including a “Notify me when it’s found” option, as well as “Search Nearby,” “Search” and “Ring” tools. Like Tile, you can also use a SmartTag to locate a missing phone. In this case, you push the Galaxy SmartTag button twice to receive an alert to help locate the missing phone.

The tag can also be customized to do other things when pushed once, so you could easily turn on your lights or TV when you return home, for example.

Ahead of the announcement, regulatory documents showed the tracker as a slightly chunkier version of Tile’s trackers, powered by a CR2032 cell battery, with Bluetooth connectivity. (We’ve confirmed the battery is, in fact, a user-replaceable CR2032.)

A Samsung rep could not provide us with the official and detailed tech specs for the device ahead of its announcement today, but we’ll update if the company figures it out. Unfortunately, without the confirmed details like whether the battery is user-replaceable, for example, or what the range is, it’s difficult to make a proper comparison to the existing trackers on the market. (You can’t always go off leaks alone here, either, as they aren’t always an indication of the final product. But the regulatory filings are likely a good starting point.)

To promote adoption, Samsung is giving away the new trackers via select pre-orders. From January 14-28, 2021, consumers who pre-order the Galaxy S21 Ultra will get a $200 Samsung Credit plus a free Galaxy SmartTag. That could help the devices gain a little more traction, as Samsung’s previous investments in tracking gadgets, including its 2018 LTE-based SmartThings tracking fobs, never really caught on.

Outside the pre-order promotion, the SmartTags will cost $29.99 individually and will be sold starting January 29th.

This is slightly steeper than Tile’s entry-level Bluetooth tracker, the Tile Mate, which retails for $24.99.

Previous WhatsApp Working On New Read Later Feature to Replace Archived Chats: All the Details
Next Does WhatsApp’s New Privacy Policy Spell the End for Your Privacy? 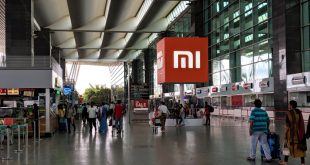 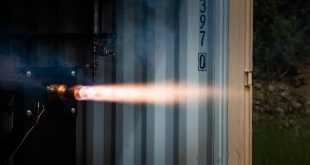 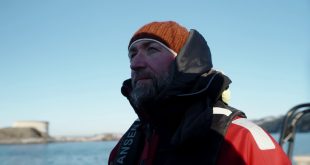 Orca wants to give boating navigation its ‘iPhone moment’ – TechCrunch 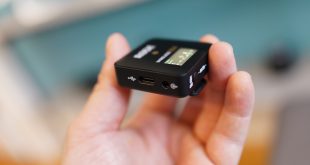 Rode Microphones has a new and improved version of its much-loved Go portable mic, the ...