Samsung has also announced several launch offers for the Galaxy Tab S6. The tablet buyers will be eligible for Rs. 5,000 cashback if they pay using HDFC Bank credit or debit cards. Additionally, they will get the optional keyboard cover at just Rs. 5,499 and 6 month paid membership to YouTube Premium for free. The keyboard cover’s regular price is Rs. 10,999.

The Samsung tablet has a dual rear camera setup with one 13-megapixel shooter and another 5-megapixel shooter. Up front, the tablet houses an 8-megapixel camera for selfies. The Galaxy Tab S6 also comes with 128GB of onboard storage and supports expansion of storage using a microSD card slot (up to 1TB).

Among other specifications, it packs an in-display fingerprint sensor, 7,040mAh battery as well as support for a S Pen stylus. The stylus has a 0.35mAh battery with wireless charging support. Connectivity options include Wi-Fi 802.11ac, 4G LTE, and Bluetooth 5.0. The Samsung Galaxy Tab S6 also supports a keyboard and tablet cover accessory that transforms the tablet into a laptop-like device for easy typing.

Samsung Galaxy Watch 46mm variant features a 1.3-inch Super AMOLED display with 360×360 pixels resolution, whereas the 42mm variant sports a 1.2-inch Super AMOLED display with the same 360×360 pixels resolution. Both sizes support a 22mm interchangeable strap. The smartwatch uses an e-SIM for connectivity and is compatible with Reliance Jio and Airtel in India. 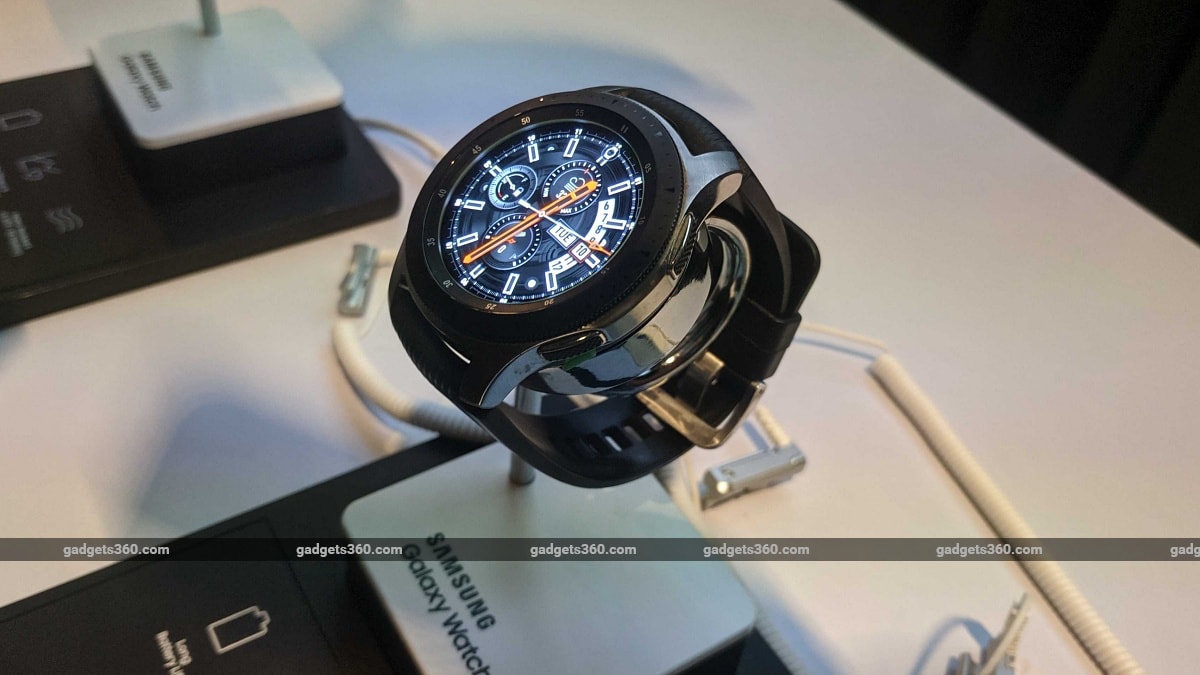 Samsung says the Galaxy Watch LTE features be used for stress management as well as to track sleep. There are plenty of fitness feature onboard as well. According to the company, Samsung Galaxy Watch lets users track a total of 39 workouts. The company is also touting calorie tracking and personalised alerts on the nutrition front.

Samsung Galaxy Watch Active 2 comes in just one screen size in India – 44mm, however it can be picked up in aluminium and stainless-steel case variants. The 44mm model comes with a 1.4-inch round Super AMOLED display with a 360×360 pixels resolution that is covered by Corning Gorilla Glass DX+ for protection. The smartwatch is IP68 certified and rated to work at a maximum pressure of up to 5ATM.

It is powered by the Exynos 9110 processor, paired with up to 1.5GB of RAM and 4GB of inbuilt storage. The Galaxy Watch Active 2’s bezels are touch-sensitive, allowing users to interact with the smartwatch’s UI by moving their fingers in a clockwise or counter-clockwise direction over it. It also comes equipped with a heart-rate sensor, ECG sensor, accelerometer, gyroscope, barometer, and ambient light sensor. 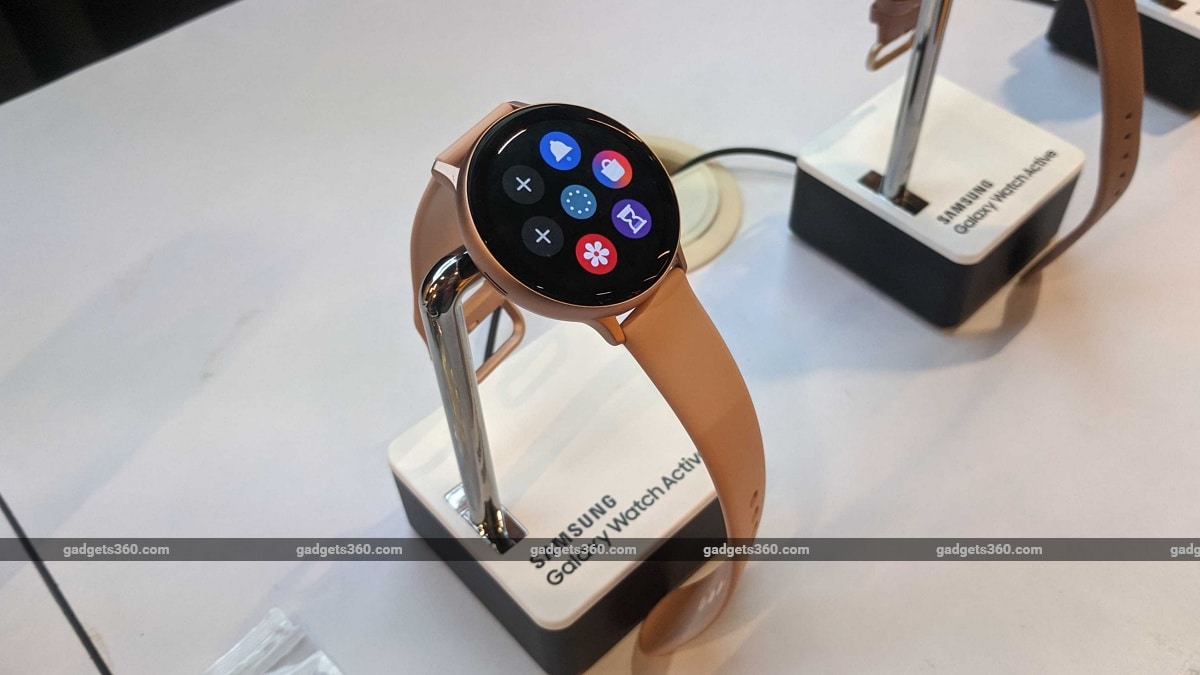 Samsung Galaxy Active 2 will be offered in single 44mm size

The Galaxy Watch Active 2 pairs via Bluetooth 5.0 and also allows users to answer a voice call. It packs a 340mAh battery and can also be charged wirelessly by a compatible Samsung smartphone, thanks to the Wireless PowerShare feature. The Galaxy Watch Active 2 can track over 39 workouts, with 7 of them being automatically recognisable such as swimming, cycling, and rowing to name a few.