Krafton, the developer of popular gaming title PUBG Mobile, has invested $22.4 million in Indian esports firm Nodwin Gaming, the two firms said Tuesday as the South Korean firm looks to maintain some presence in what was once its key overseas market.

Nodwin Gaming, a subsidiary of local gaming giant Nazara, has established itself as one of the largest esports firms in India.

Nodwin, which recently expanded to Africa, will deploy the fresh capital to accelerate its growth in international markets, it said.

Krafton and Nodwin have been engaging with one another for some time. The two firms last week announced that they will be collaborating to hold two PUBG Mobile events in Asia.

“Esports will be a key pillar to the growth of sports entertainment in the future. It sits at a wonderful intersection of sports, entertainment and technology where nations such as India can pave the path. With Krafton coming on board, we have an endorsement from the mecca of gaming and esports — South Korea — on what we are building from India for the world based on our competence in mobile first markets,” said Akshat Rathee, co-founder and managing director of Nodwin Gaming, in a statement.

India banned PUBG Mobile and hundreds of other apps with affiliation to China last year, citing cybersecurity concerns. Krafton has been attempting to bring PUBG Mobile back in India, but hasn’t had any luck yet.

To assuage New Delhi’s concerns about users’ security, Krafton said it had cut ties with Chinese publisher Tencent. (It also inked a global cloud deal with Microsoft.) Sean Hyunil Sohn, the head of Corporate Development at Krafton, said earlier this month at a gaming conference that the firm “will work hard” to bring PUBG Mobile back in India, but didn’t elaborate.

“Krafton is excited to partner with Nodwin Gaming to help foster the promising esports ecosystem and engage with our fans and players in India,” said Changhan Kim, chief executive of Krafton in a statement.

“Taking the momentum from this partnership, we will explore additional investment opportunities in the region to uphold our commitment and dedication in cultivating the local video game, esports, entertainment, and tech industries.” 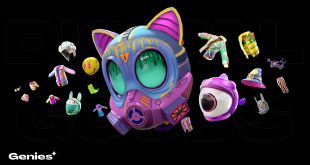 Over the past several years I’ve covered my fair share of upstart avatar companies that ...