Breaking News
Home / iPhone / No one will miss the iPod touch

No one will miss the iPod touch

In 2007, the world was so taken aback by the iPhone that it was easy to overlook another product that Apple announced on that day. Now, 15 years after Apple debuted the iPod touch — the name of which had far more appeal than the more accurate “cellular-free iPhone” — Apple has announced that it will no longer be produced.

Much of the focus on the iPod touch’s discontinuance had centered on the end of the iPod brand, which stretches back to 2001, a time when Apple was just starting to emerge from its late ’90s malaise. The iPod represented the dawn of the company transforming from a pioneering but underperforming PC maker to the device and services category hydra among the world’s most valuable companies. But the iPod touch’s evolution and eventual abandonment demonstrates how Apple pioneered a category that proved increasingly vulnerable as the market enveloped it.

The first iPod touch looked and acted like the iPhone’s thinner twin. It provided an attractive alternative to the iPhone in that product’s early days, a time of glacial cellular data and AT&T exclusivity. Indeed, the iPod touch’s very release was a statement that the phone was dead as a dedicated device as it simply forfeited phone calling, which had been reduced to an app on the iPhone.

The only serious competition that ever materialized was the Samsung Player, which could pull off the trick of acting as a handset for larger Samsung Galaxy devices. But, long after that product’s demise, the iPod touch would prove to be the most future-proof iPod that Apple had ever made; it could access streaming services when it was online and cached playlists from the likes of Spotify and Apple’s own Apple Music when it wasn’t. The iPod shuffle-like Mighty Player survives as of the few remaining dedicated digital music playing alternatives for those who’d like to leave their phone behind and settle in for an extended offline listening session. Still, it supports only Spotify and Amazon Music.

Also: The best phones: Top 10 smartphones you should buy

Over time, though, the iPod touch fell further and further behind the iPhone, unable to keep up with Apple’s breakneck pace of improvement, particularly as Apple broke past the $1,000 barrier. Starting at $200 — an exception to Apple’s traditional aversion to low-priced products — it became something for kids or at least preteens. But its update cycle eventually became so lengthy that trying to run apps on anything but the latest generation resulted in demands to upgrade to an OS version it didn’t support. Meanwhile, as the years passed, iPhones gained larger and higher resolution displays, and a deluge of used and hand-me-down iPhones outclassed the iPod touch. The Apple Watch also emerged as an, even more portable and phone-free Apple ecosystem option to listen to music on the go, albeit not as affordably.

Apple’s final iPod touch pivot was to position it as a game device. The App Store, after all, had become the world’s most vibrant fame source, and the iPod touch’s pre-smartphone user base matched well with one that had traditionally flocked to Game Boys. With downloaded titles that worked well offline, Apple Arcade even seemed to be a good fit for the device. Games exposed the iPod touch’s main weakness more than any other media: its small, low-resolution display. Many Apple Arcade titles didn’t work well on the iPod touch. Meanwhile, even Nintendo realized it was time to move on from pocket-sized consoles and upsized its portable franchise to the Nintendo Switch, the form factor of which has inspired the Steam Deck, a few niche Windows gaming devices, and an Android-based reference platform that Qualcomm promoted at its Snapdragon Summit last year.

As the iPod touch fades from the iOS portfolio, compatibility branding will become simpler, and developers can target larger displays on current-generation devices. It is almost certainly the last of Apple’s handheld devices to sport the old-school iPhone elements of a front-mounted home button and headphone jack, and Apple may not have wanted it along for the rumored iPhone switch to USB-C. But for a decade and a half, the iPod touch offered nearly full access to the iOS app library for half the price of even the least expensive iPhone. If that seemed too good to be true, ultimately, it was. 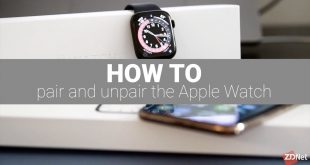 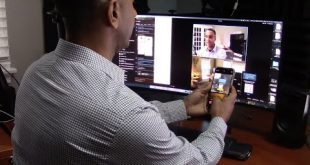 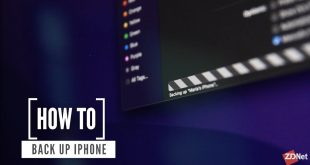