The source code of mobile apps and internal tools developed and used by Nissan North America has leaked online after the company misconfigured one of its Git servers.

The leak originated from a Git server that was left exposed on the internet with its default username and password combo of admin/admin, Tillie Kottmann, a Swiss-based software engineer, told ZDNet in an interview this week.

Kottmann, who learned of the leak from an anonymous source and analyzed the Nissan data on Monday, said the Git repository contained the source code of:

Nissan is investigating the leak

The Git server, a Bitbucket instance, was taken offline yesterday after the data started circulating on Monday in the form of torrent links shared on Telegram channels and hacking forums.

Reached out for comment, a Nissan spokesperson confirmed the incident.

“We are aware of a claim regarding a reported improper disclosure of Nissan’s confidential information and source code. We take this type of matter seriously and are conducting an investigation,” the Nissan rep told ZDNet in an email.

The Swiss researchers received a tip about Nissan’s Git server after they found a similarly misconfigured GitLab server in May 2020 that leaked the source code of various Mercedes Benz apps and tools.

Mercedes eventually admitted to the leak, and Kottmann, who was hosting the leaked data, also removed it from their server at the company’s request. 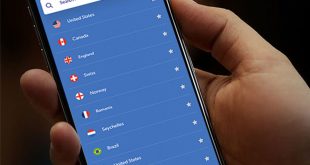