. Apple announced the third generation of its entry-level iPhone on Tuesday during its Peek Performance event. The third iPhone SE comes two years after the second generation model. Apple added 5G connectivity, an A15 processor and improved photography.

Here’s everything you need to know about the new iPhone SE, including launch date, colors, price and specifications.

Apple will begin taking preorders for the iPhone SE on Friday, March 11 at 5am PT. Orders will arrive and the phone will be available in stores on March 18.

Preorders for Apple’s latest iPhone SE model will take place on Apple’s website, through the Apple Store app, and across websites from carriers and retailers.

Preorders can get the iPhone SE for $17.87 a month before a trade-in, according to Apple.

Pricing is as follows:

The iPhone SE will come in midnight, starlight, and product red.

Apple updated the iPhone SE with the current generation Apple Silicon A15 chip that’s also used in the iPhone 13 lineup. In addition to the A15, the iPhone SE is getting 5G cellular connectivity. The design of the iPhone SE hasn’t changed much. It still has a 4.7-inch display, with tougher glass on front and back, and an IP67 rating. Touch ID is still there, of course, thanks to the home button remaining in place.

There’s still a single rear 12-megapixel camera, but the addition of the A15 processor should improve overall photo and video quality.

Finally, the new iPhone SE will run iOS 15 out of the box and will continue to receive software updates, just like the iPhone 13. 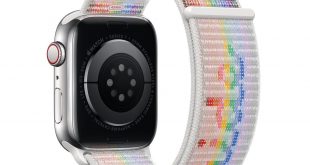 Why you should install iOS 15.5 now