The company responsible for the National Broadband Network has said it is expecting users to be able to place orders with retailers in March 2022. Until then, NBN is asking people to register their interest.

NBN added it was also expecting the first invitations for customers to upgrade fibre to the curb (FttC) connections to be sent in 2022. In May, the company revealed it had replaced approximately 47,700 NBN Co Connection Devices used on FttC connections. Earlier in March, the company said it was looking for a long-term solution to lightning frying FttC equipment, which was highlighted in the Blue Mountains area of NSW.

While FttN users need to order a plan faster than 100Mbps to receive an upgrade, FttC users need to place an order for a plan over 250Mbps to get a full fibre connection.

“We are on track to achieve our goal of enabling around 8 million premises or up to 75 per cent of homes and businesses on the fixed line network to access NBN’s highest wholesale speed tiers, on demand, by the end of 2023,” NBN COO Kathrine Dyer said.

Further, the company reported its first-quarter results on Monday, with revenue up 17% to AU$1.25 billion, and earnings before interest, tax, depreciation and amortisation jumping from AU$102 million last year to AU$714 million.

Payments to Telstra and Optus fell from AU$469 million in the first quarter last year to AU$86 million.

At the end of last week, TPG Telecom announced it had extended its fibre network in regional areas and was able to offer businesses connectivity at speeds greater than 250Mbps. Beginning at AU$384 a month including GST for the 250Mbps plan, the telco is also offering 400Mbps for AU$440 a month, and 1Gbps for AU$880 a month.

The towns placed on NBN upgrade map are listed below, broken down by state. An asterisk means NBN is further extending upgrade coverage in that locality. 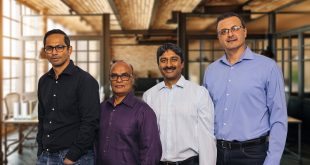 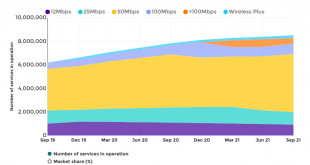 The Australian Labor Party has said that should it win government at the next election, ...