The company responsible for the National Broadband Network has floated the prospect of a soft cap on overage CVC charges to limit the amount Australian telcos have to pay for increases in traffic.

For the soft cap to kick in, total NBN costs before rebates for any telco would need to rise 7% across a three-month rolling average, and the telco would need to keep customer churn below a threshold of 10% on top of its yearly historical churn. A fair use provision is floated as being set around the 30% to 40% mark.

The proposal arrives after retailers kicked up a stink when NBN attempted multiple times to taper off its CVC boost due to the pandemic outbreak in 2020.

“The TC-4 Bundles Discount Roadmap is a minimum commitment of inclusions and, as demonstrated during COVID, NBN will consider increasing inclusions if usage growth is significantly above expected usage growth levels,” the company said.

“While the previous CVC boost was not financially sustainable in the long-term, NBN agrees that a new mechanism could (subject to certain conditions) potentially reduce RSP risk and management costs whilst also enabling NBN to achieve its financial objectives.”

It is proposed that the soft cap would kick in on December 1, and be reviewed prior to its expiry on 1 December 2022. NBN stated it believes the cap will provide “significant cost savings” for its retailers.

In response to its February call giving telcos two paths for extending CVC bundle discounts, NBN said it would be pressing ahead with maintaining the bundles discount at the same charge rate of May 2021 while increasing CVC capacity inclusions.

On the standard CVC list price, currently sitting at AU$17.50 per Mbps when not part of a discount, the company said 90% of purchases at the list price are made by telcos selling satellite connections, and “satellite access technology is already substantially subsidised”. It added that a reduction to AU$15.75 per Mbps by no later than March 31 was fair.

“This will improve the economics of Sky Muster services, noting that Sky Muster Plus provides some unmetered data and that satellite services are loss-making and heavily subsidised by fixed line services,” it said.

The company said it would look to shift its billing cycle to the start of the month, however a small number of retailers were against the change because they would need to update their internal systems. Nevertheless, NBN is ploughing ahead with the change.

NBN also said it would look to begin consulting on an Special Access Undertaking (SAU) variation that would be its long-term pricing vehicle.

“In response to the industry’s strong desire for NBN to implement long-term pricing changes quickly, we are initiating an SAU variation consultation that will involve the ACCC,” NBN chief customer officer Brad Whitcomb said.

“We believe this is the best way to progress this important industry conversation.”

In concert with NBN’s consultation, the Australian Competition and Consumer Commission (ACCC) said it would also consult on the SAU. The watchdog pointed out the current SAU, originally submitted in 2013, only covers pricing and regulatory terms on technologies it was using at the time — namely fibre to the premise, fixed wireless, and satellite networks — which only make up a quarter of the network in 2021.

“Until now, access pricing has largely been developed by NBN Co, so the prospect of bringing this work squarely within the remit of a special access undertaking with effective ACCC oversight is a very significant change,” ACCC chair Rod Sims said.

“This is the start of a long reform process that would effectively put NBN pricing under the ACCC’s regulatory umbrella, and would improve access pricing for NBN Co customers.”

One of the issues to be nutted out during the SAU process is the entry-level pricing on the NBN.

“There was consensus that the low-income offering should be targeted to those most in need and that should be based on social security or similar status and this could be achieved via Centrelink integration or a list of eligible location identifiers sourced by NBN,” the company said.

“Most RSPs stated that the process needs to be simple for them to manage, with some RSPs contending that Centrelink integration would likely be too complex and costly for them.”

In advice to Communications Minister Paul Fletcher on sub-1GHz spectrum holdings published earlier on Wednesday, the ACCC said in a heavily redacted section that it had no issue with NBN purchasing spectrum in the 850/900MHz band to provide wholesale bundled voice and broadband services.

“NBN Co noted that this supports the government’s commitment to explore better ways to deliver voice services under the Universal Service Guarantee, and could also provide an ██████████████████████”, the ACCC said.

NBN said it is accepting written submissions on its pricing proposals under the close of business on June 18. 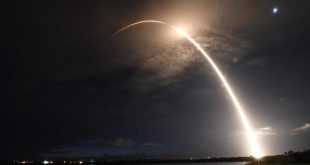