Breaking News
Home / iPhone / My picks and pans from Apple’s iPhone 13 event: To buy or not to buy?

My picks and pans from Apple’s iPhone 13 event: To buy or not to buy?

The September Apple event has finally come and gone. With the theme of California Streaming, you would have thought there was going to be more to the promotion of Apple’s streaming channel, but Tim & Co. simply gave a run-down of shows coming up this season. There wasn’t even a new Apple TV streaming console.

But there were other announcements, including two iPads, a new Apple Watch, and four new iPhones. And yes, they’re being called iPhone 13, so here’s hoping they’re lucky for us all.

Since my articles about what gear I’m getting (or not getting) seem to be rather popular here on ZDNet, I thought I’d run down the product announcements and let you know which products justify pulling out the Apple Card to increase my debt load yet again.

The Apple Card, with its zero percent interest, makes it easy to get new gear in when needed and pay it off over time without penalty.

Because most of our Apple gear is almost a decade old and is nearing obsolescence, this year has been a big upgrade year for our small business across almost all Apple product lines.

In April, we picked up a late 2020 basic iPad (more on that below), and ordered my wife’s long-awaited 12.9 inch iPad Pro. Once she got hers, I decided I wanted the smaller 11-inch iPad Pro for my creative work.

Then, starting in June, we bought our first M1 machine, a MacBook Air, followed by a sweeping upgrade of all but two of our small fleet of very long-in-the-tooth Macs.

And that brings us to Apple’s September event. Let’s run down the line. For each device, I’ll share quick impressions, and whether its technological distinctiveness is going to be assimilated here into the collective.

This one hurts. I just bought a base 8th Generation iPad in April for use in the studio. It’s partnering with another base iPad I bought back in 2018. I use these base iPads only in the workshop and studio.

Because they’re used around dangerous machines, on a concrete floor, and around noxious chemicals, I don’t want to use expensive iPads in that environment. But I use them extensively, as teleprompters, video monitors, note pads, and readers for project plans.

I use the iPad I bought in April as a monitor for my iPhone SE. Basically, I was annoyed because I had recorded a bunch of videos while out of frame. After do-over after do-over, I finally decided to invest in a video transmitter that took the iPhone output and sent it to the iPad — where I could see when I was in and out of frame.

I did this because the spare iPhone SE I use as a camera has a 12MP camera, and the front-facing camera on the 8th Generation iPad is a mere 1.2MP. It’s not good enough for the video I produce for work.

But… the new 9th Generation iPad has a 12 megapixel front-facing camera. That means I can use the iPad as both camera and monitor, reducing the complexity of my overall setup considerably.

Decision: I’m going to sell my April iPad for whatever I can get, and buy this new one. We might even get a second one for my wife, since she also does video stand-ups. I don’t regret my purchase in April because I had projects that needed to be done. But still, it hurts a bit.

Also: Best place to sell or trade your old tech

Jason Perlow will talk about this more, but the iPad mini is almost good enough. Sure, the iPad mini with Pencil support is a nice note-taking device, but there’s a 5G version. How hard would it have been to throw a phone app on the thing and turn it into a phone?

Decision: Starting at $499, it’s too little (see what I did there?), too late. And a little too expensive. Not getting one.

I wear my Apple Watch Series 4 ’round the clock, 24/7. I take it off for about half an hour while watching videos or TV to let it charge, but otherwise, it’s with me all the time.

Back in 2019 (right after the Series 5 came out), I bought a Series 4 and saved myself a few hundred bucks. Since then, there have been no compelling new features on the Watch. Sure, the face is a bit bigger. And sure, the display is always on (a feature I loathe). And yes, you can get it in different colors and it’s a bit more curvy. But, really, I don’t care.

Decision: If the Series 7 could monitor blood pressure, I would have bought it in a heartbeat. But there’s really no tangible advantage to the Series 7 over my Series 4. I’m skipping it.

But my wife and I have six-year-old iPhone 6s Plus devices. There are huge differences jumping six whole generations.

Also: Our iPhones are six years old. Here’s why we are dreading upgrading them

To be honest, we really don’t want to replace our 6s Plus phones. First, it’s a LOT of money. Second, we lose the headphone jack and Touch ID — and are forced to use Face ID (which still doesn’t think I’m human).

But they’re getting very slow. Battery life is diminishing, even though we already did one battery swap three years ago. iOS 14 and up is problematic on them. And while it’s possible to stay on iOS 13 for a time, we’re going to start hitting compatibility walls quite soon.

So, we do plan to get iPhone 13 devices. After owning the first- and second-generation iPhone SE, the small device is just too small for my wife. Even though the iPhone 13 mini is a bit bigger, it’s still pretty tiny.

And, although there’s a $200 cost jump going from the iPhone 13 series to the iPhone Pro series, the camera improvements are compelling, particularly to my wife. She wants to do low-light and macro photography, and the iPhone 13 Pro is a very exciting option for her.

As for me, bigger is better, so I’m probably getting the iPhone 13 Pro Max. And, while the idea of spending $1,600 for a phone makes me physically ill, I’ve learned my lesson recording 4K video with not enough storage in the past. I need all the storage I can get. So I’ll probably get the maxed out Max with 1TB.

What about you? What are your picks and pans from this event? What devices are you going to buy, or are you sticking with old gear? Let us know in the comments below. 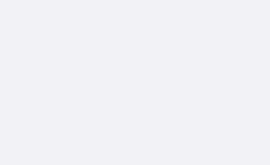 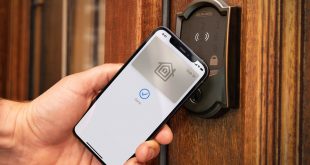