Mozilla announced plans today to preserve the API functions that ad blockers and other extensions need to function properly, as part of Firefox’s upcoming transition to a superior extensions API.

This is the same extensions API to which Google announced changes last year, which later proved to be detrimental to ad blockers and a few other extensions types.

What is the WebExtensions API

Despite being two different browsers, Chrome and Firefox do share some parts, and that shared codebase is the WebExtensions API, the system through which extensions interact with the browser codebase.

Currently, both browsers use the WebExtensions API, version 2, with very slight variations to account for each browser’s quirks, but for the vast majority, the API is nearly the same in both browsers.

This API isn’t an open web standard but is part of Chromium, the open-source browser engine on which Google builds Chrome. Despite originating from the Chromium project, Mozilla decided to support the API a few years back, as part of a feature-parity push, and to allow add-on developers to write extensions that work across all major browsers.

Last year, Google engineers, who effectively control the Chromim project by their sheer numbers, decided to start work on an update to the WebExtensions API, named Manifest V3.

These planned updates didn’t go down very well with both users and extension developers, the latter of which pointed out that the changes would impact the ability of many add-ons to do their job, and especially ad blockers.

Since Google’s main source of revenue is online advertising, well, you can imagine the criticism and conspiracy theories Google has been facing for the past eight months.

Now, in a blog post today, Mozilla said it would not be following Google’s WebExtensions API update to the letter, and that it would make some changes of its own.

The browser maker said it would not remove the “blocking webRequest” mechanism that ad blockers and other extensions use to inspect and block certain web page resources from loading.

Mozilla isn’t yet sure on the specifics of the technical solution they’ll implement, but they said they’ll meet with add-on developers to discuss the best plan forward.

First Firefox versions that will support the new WebExtensions API (Manifest) v3, including the old webRequest mechanism, will be available for testing later this year.

Other browser vendors made a similar decision

Mozilla’s decision is in tune with what other browser makers have also said they’ll do about the upcoming WebExtensions API (Manifest) v3. Opera, Brave, and Vivaldi announced similar plans to preserve or port the webRequest feature from v2 to v3, back in June.

Microsoft, which recently began creating a Chromium-based version of its Edge browser, has not made any public statements about how it will implement the new WebExtensions API v3.

Until now, Google backtracked on some of the WebExtensions API (Manifest) v3 changes twice, in February and June, but ad blocker developers still claim their extensions won’t work as efficiently as before, despite Google’s recent trade-offs. 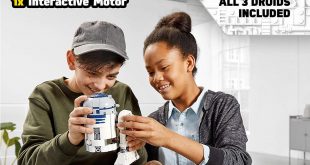 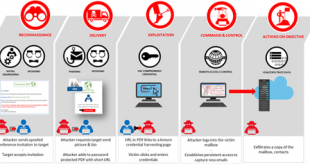