Xiaomi Mi Band 4 has been unveiled at an event in China. The new Mi Band version features a colour AMOLED panel with a 2.5D curved glass protection. The presence of the AMOLED display brings support for watch faces. Further, Xiaomi has announced a list of wrist band options that are aimed to match the taste and preferences of users. The Mi Band 4 comes with a six-axis accelerometer sensor that enables monitoring of physical activities while on-the-move. There is also payment support that is backed by Alibaba’s Alipay.

The Xiaomi Mi Band 4 price in China has been set at CNY 169 (roughly Rs. 1,700) for the standard edition, while its NFC variant is priced at CNY 229 (roughly Rs. 2,300). There is also a Mi Band 4 Avengers Series Limited Edition that comes with three distinct bands, Marvel superhero watch faces, and a special Marvel Avengers’ package at CNY 349 (roughly Rs. 3,500). The smart wrist band will go on sale in the country starting June 16. However, Xiaomi is yet to reveal the global pricing and availability of the Mi Band 4.

To recall, the Xiaomi Mi Band 3 was launched in China back in May last year with the same starting price of CNY 169 that comes with the new Mi Band model. The Mi Band 3 debuted in India in September at Rs. 1,999.

Unlike the last year’s Mi Band that had a 0.78-inch OLED display with 80×128 pixels resolution, the Xiaomi Mi Band 4 sports a 0.95-inch colour AMOLED display that has 120×240 pixels resolution and a 2.5D glass protection on top. The new model supports touch inputs as well as comes with a built-in microphone to enable voice commands.

Under the hood, there is a six-axis accelerometer that is touted to help monitor physical activities, including cycling, exercise, running, swimming, and walking. The device is 5 ATM rated and is designed to identify various swimming strokes, namely freestyle, breaststroke, backstroke, butterfly, and mixed-style. Also, it offers swolf score to help users determine their swimming skills.

Xiaomi has integrated a payments mode on the Mi Band 4. The users need to swipe the screen to show to QR code on their Mi Band 4 to make payments on-the-go. 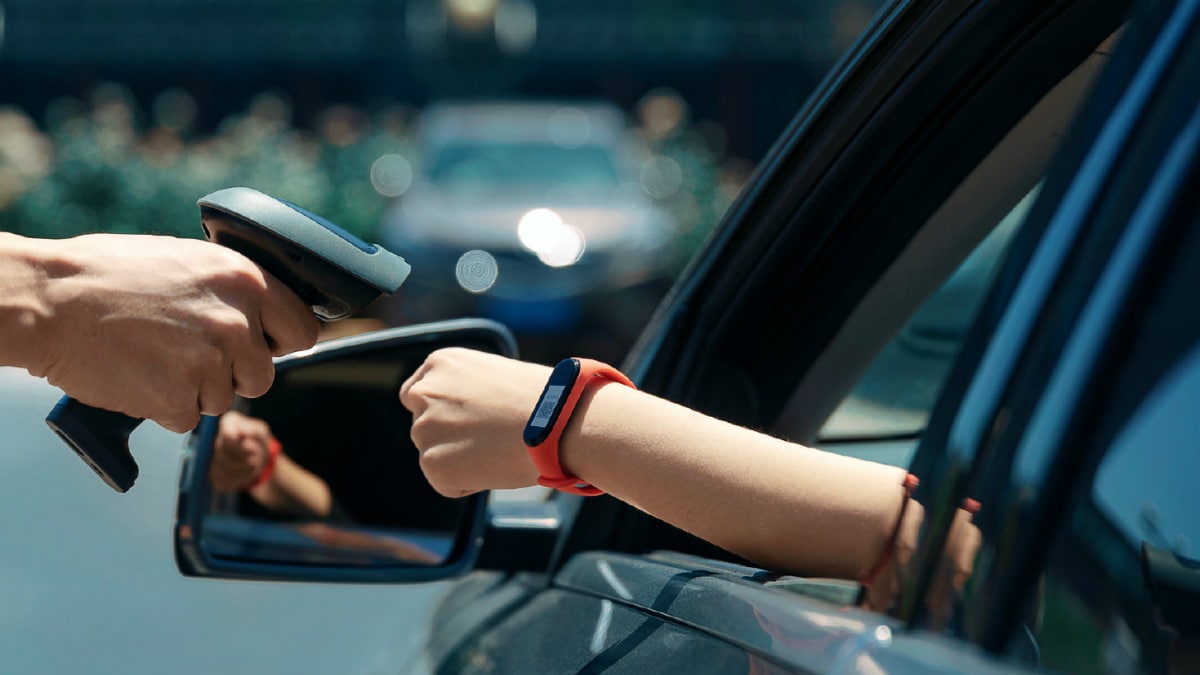 The built-in microphone of the Mi Band 4 enables it to recognise voice commands. Xiaomi during the presentation revealed that the users would also be able to send voice commands through the new Mi Band to control compatible connected devices.

The AMOLED display panel of the Mi Band 4 is capable of providing information about your physical activity as well as notifications on new text messages and voice calls directly from the connected phone. The display can also be used to find the phone or switch the music track with one tap. Similarly, it provides live weather and stock updates.

Overall, the display of the Mi Band 4 can feature 77 colourful watch faces, six sports modes, and all the information that was available on the previous Mi Band models. The wrist band is also rated to deliver 20 days of battery life on a single charge.