I’m very proud of the work we’re doing here at Extra Crunch, so it gives me great pleasure to announce that today is our second anniversary.

Thanks to hard work from the entire TechCrunch team, authoritative guest contributors and a very engaged reader base, we’ve tripled our membership in the last 12 months.

As Extra Crunch enters its third year, we’re putting our foot on the gas in 2021 so we can bring you more:

To be completely honest: Eric and I wavered about posting this announcement. Both of us would prefer to show the results of our work than make a list of future-looking statements, so I’ll sum up:

I’m proud of the work we’re doing because people around the world use the information they find on Extra Crunch to build and grow companies. That’s big!

Thanks very much for reading Extra Crunch; have a great weekend. 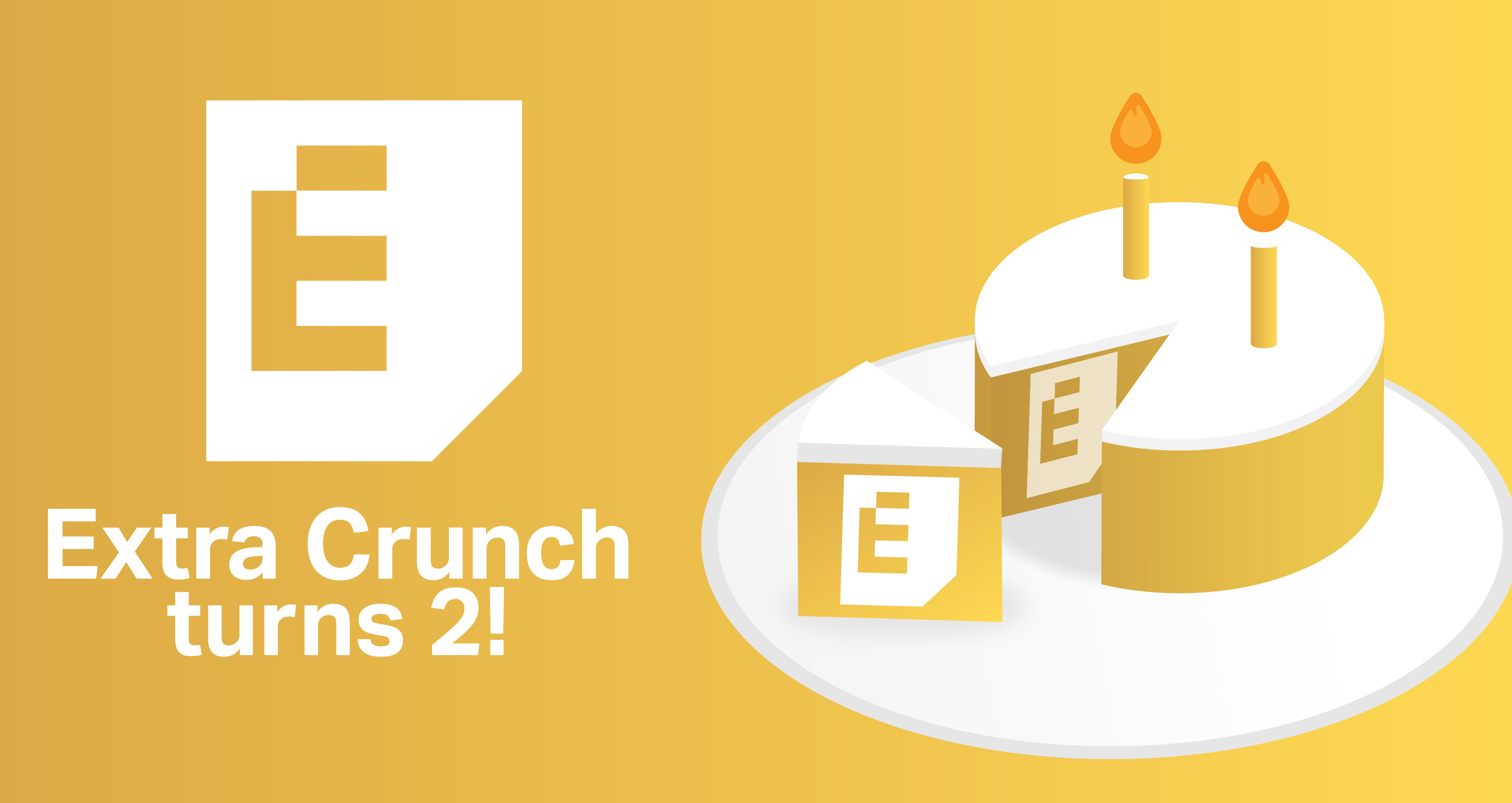 Will ride-hailing profits ever come?

Before the pandemic began, I took about seven or eight hailed rides each month. Since I began physically distancing from others to stem the spread of the coronavirus in March 2020, I’ve taken exactly 10 hailed rides.

Your mileage may vary, but last year, Uber and Lyft both reported steep revenue losses as travelers hunkered down at home. Today, Alex Wilhelm says both transportation platforms plan to reach adjusted profitability by Q4 2021.

He unpacked the numbers “to see if what the two companies are dangling in front of investors is worth desiring.” Since he usually doesn’t focus on publicly traded stocks, I asked Alex why he focused on Uber and Lyft today.

“Investors have bid up their stocks like the two companies are crushing the game, instead of playing a game with their numbers to reach some sort of profit in the future,” Alex explained. “The stock market makes no sense, but this is one of the weirder things.”

In the theater, a “four-hander” is a play that was written for four actors.

The quartet selected four startups each from Chicago, Boston and Techstars Workplace Development.

“As always, these are just our favorites, but don’t just take our word for it. Dig into the pitches yourself, as there’s never a bad time to check out some super-early-stage startups.”

Metromile will likely be one of 2021’s many SPAC-led debuts, so Alex interviewed CEO Dan Preston to learn more about the process and what he learned along the way.

A notable takeaway: “Preston said SPACs are designed for a specific class of company; namely those that want or need to share a bit more story when they go public.”

Senior Writer Anthony Ha and Extra Crunch Managing Editor Eric Eldon surveyed three investors who back adtech and martech startups to learn more about what they’re looking for and whether deal flow has recovered at this point in the pandemic:

I have a hard time envisioning all of the hurdles deep tech founders must overcome before they can land their first paying customer.

How do you sustainably scale a company that probably doesn’t have revenue and isn’t likely to for the foreseeable future? How big is the TAM for an unproven product in a marketplace that’s still taking shape?

Vin Lingathoti, a partner at Cambridge Innovation Capital, says entrepreneurs operating in this space face a unique set of challenges when it comes to managing growth and risk.

“Often these founders with Ph.D.s and postdocs find it hard to accept their weaknesses, especially in nontechnical areas such as marketing, sales, HR, etc.,” says Lingathoti.

How will investors value Metromile and Oscar Health?

As the saying goes: Past performance is no guarantee of future results, but using 2020 debuts by neoinsurance firms Lemonade and Root as a reference point, Alex says the IPO window is wide open for other players in the space.

“All the companies in our group are pretty good at adding customers to their businesses,” he found.

Dear Sophie: How can I improve our startup’s international recruiting?

We’ve been having a tough time filling vacant engineering and other positions at our company and are planning to make a more concerted effort to recruit internationally.

Do you have suggestions for attracting workers from abroad?

The people who produce viral TikTok duets, in-demand Substack newsletters and popular YouTube channels are doing what they love. And the money is following them.

Many of these emerging stars have become media personalities with full-fledged production and distribution teams, giving rise to what one investor described as “the enterprise layer of the creator economy.”

Natasha Mascarenhas and Alex Wilhelm interviewed five of them to learn more about the opportunities they’re tracking in 2021:

Simple agreements for future equity are an increasingly popular way for startups to raise funds quickly, but “they don’t generate the same paperwork exhaust,” Alex Wilhelm noted this week.

This creates cognitive dissonance: Investors see a hot market, while people who rely on public data (like journalists) get a different picture.

“SAFEs have effectively pushed a lot of public signal regarding seed deals, and even smaller rounds, underground,” says Alex.

Many enterprise companies were snapping up container security startups before the pandemic began, but the pace has picked up, reports Ron Miller.

The growing number of companies going cloud-native is creating security challenges; the containers that package microservices must be correctly configured and secured, which can get complicated quickly.

“The acquisitions we are seeing now are filling gaps in the portfolio of security capabilities offered by the larger companies,” says Yoav Leitersdorf, managing partner at YL Ventures.

In December 2019, Alex Wilhelm began reporting on startups that had reached the $100M ARR mark. A year later, he decided to reframe his focus.

“Mostly what we managed was to collect a bucket of companies that were about to go public,” he said.

Since then, he has recalibrated his sights. In the latest entry of a new series focusing on “$50M-ish” companies, he studies SimpleNexus, which offers digital mortgage software, and photo-editing service PicsArt.

Alex has more interviews and data dives coming on other companies in this cohort, so stay tuned.

With a higher IPO valuation, is Bumble aiming for Match.com’s revenue multiple?

Extrapolating revenue from its Q3 2020 numbers, he attempted to find the company’s run rate to see if it’s overpriced — and how well it stacks up against rival Match.

Although the health insurance company claims 529,000 members and a compound annual growth rate of 59%, “it’s a deeply unprofitable enterprise,” they found.

Jon and Alex parsed Oscar Health’s 2019 comps and its 2020 metrics to take a closer look at the company’s performance.

“Both Oscar and the high-profile SPAC for Clover Medical will prove to be a test for the venture capital industry’s faith in their ability to disrupt traditional healthcare companies,” they write. 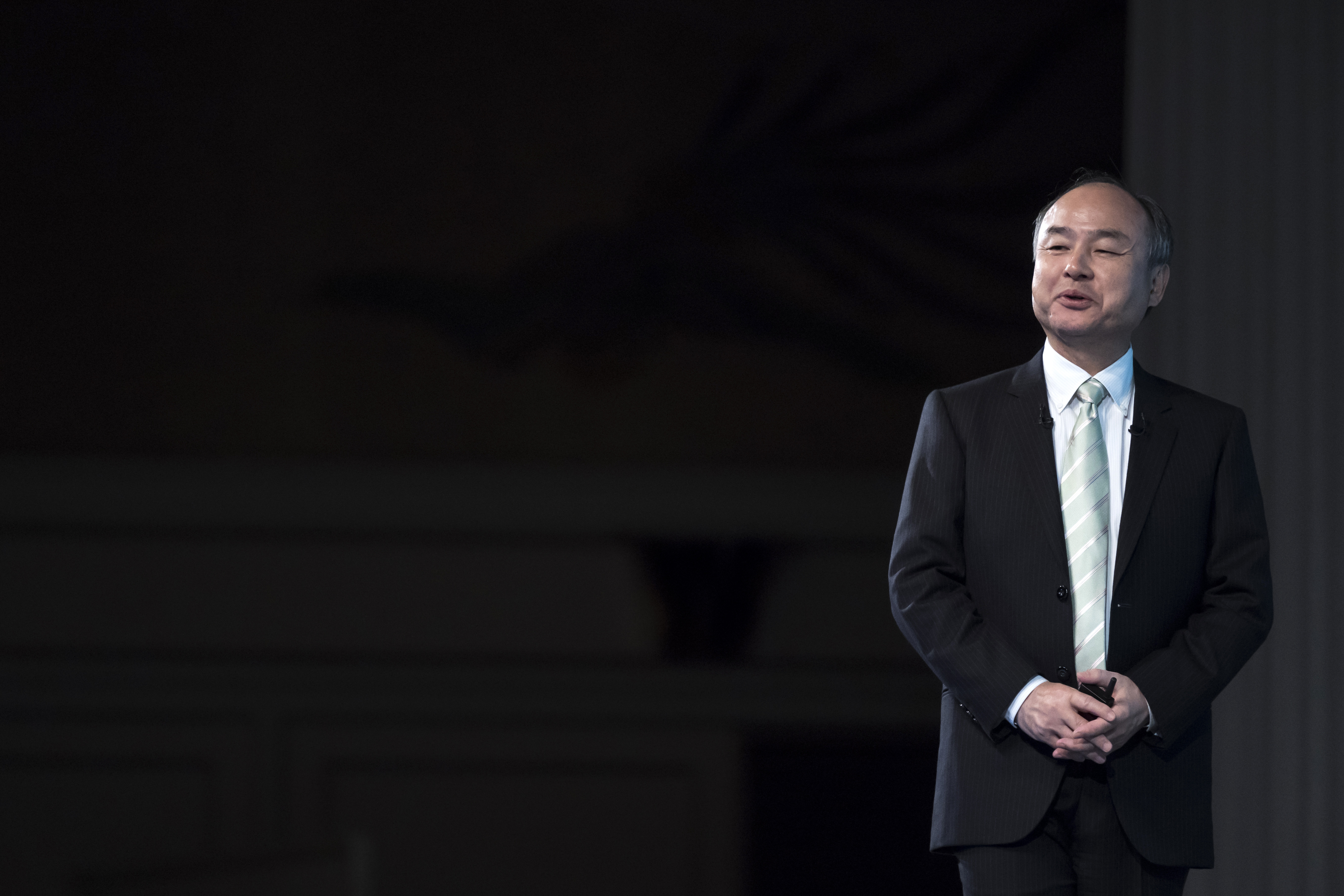 Managing Editor Danny Crichton filed a column about Softbank’s Vision Fund that tried to answer a question he asked in 2017: “What does a return profile look like at such a late stage of investment?”

Softbank’s recent earnings report shows that its $680 million bet on DoorDash paid off handsomely, bringing back $9 billion. Compared to its competition, “the fund is actually doing quite decent right now,” he wrote. But Softbank has invested $66 billion in 74 unexited 74 companies that are worth $65.2 billion today.

“SoftBank quietly chopped half of the performance fees for its VC managers, from $5B to $2.5B, which led us to ask: are the best investments in the fund already in SoftBank’s rearview mirror? One upshot: WeWork seems to have turned something of a corner, with some improvements in its debt profile portending more positive news post-COVID-19.”