Labor wonders how Australia would handle a cyber-corona outbreak

In the wake of the coronavirus pandemic sweeping the planet, the Australian Labor Party’s Shadow Assistant Communications Minister and Shadow Assistant Cyber Security Minister Tim Watts has wondered how Australia would handle a worldwide cyber version of the virus in similar circumstances.

“If, instead of a handful of companies being victims of an attack of this kind, how resilient would we be to hundreds, or even thousands of organisations falling victim,” Watts told the Commsday Summit 2020 on Tuesday.

“COVID-19 shows us that this is no theoretical risk — in an age of interconnected systems and just in time logistics networks, incidents of this kind can cause cascading failures.”

Watts pondered whether Australia would be able to recover quickly due to having a skills shortage, whether if its ability to rely on overseas workers would be diminished since they would be fighting a similar fight in their own nations.

“Past experiences with the speed and effectiveness of government warnings in response to incidents like Wannacry are not encouraging,” Watts said.

“The consequences of the COVID-19 pandemic should cause us to look again at our exposure to risks of this kind, and to consider how resilient we would be in the face of them.”

The Shadow Assistant Minister also took the opportunity to take a swipe at Minister for Government Services Stuart Robert, who last month falsely said the federal government’s myGov portal was hit by a DDoS attack, saying that such statements undermined faith in public institutions at a time when such faith is needed.

“It is now more important than ever before in our lifetime that the public trust their leaders,” Watts said.

“If trust is undermined, then it makes it much harder to run effective health campaigns, or implement large, necessary reforms.”

NBN claims saying it is bad is talking down Australia

Earlier on Tuesday, NBN CEO Stephen Rue said at the same event that NBN has been handling the COVID-related increase in traffic well.

In a new set of stats released on Tuesday, NBN said peak traffic between 8 pm to 11 pm had dropped from 13.8Tbps a week ago to 13.1Tbps, and between 5 pm to 8 pm, it had dropped from 12.8Tbps to 11.8Tbps. A small increase was seen across normal business hours from 8 am to 5 pm, with peak traffic increasing from 9Tbps to 9.6Tbps.

Rue also took the opportunity to equate the broadband network with the nation itself during the crisis.

“This is not the time to talk down the NBN. It’s not the time for point scoring or to gnash over decisions of the past,” Rue said.

Rue said the crisis was an opportunity for “NBN to shine”. 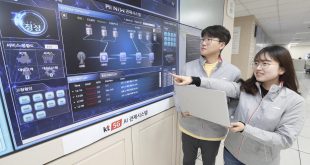 LG and KT to use AI for pandemic prevention 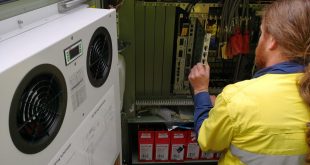 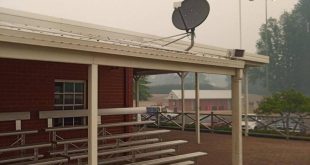 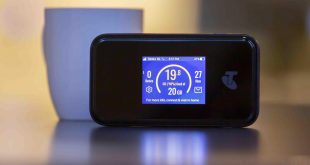