Intel, the chip-making giant, has been on the road of refocusing its strategy in recent months. While it has sold its mobile chip operation to Apple and is reportedly looking for a buyer for its connected home division, it’s also been going through the difficult task of rethinking how best to tackle the longtime bread and butter of its business, the PC.

Part of that latter strategy is getting a big boost this week at CES 2020. Here, Intel is today announcing a deeper partnership with Google to design chips and specifications for Chromebooks built on Project Athena. Project Athena is framework first announced last year that covers both design and technical specs, with the aim of building the high-performance laptops of tomorrow that can be used not just for work, but media streaming, gaming, enterprise applications and more, all on the go — powered by Intel, naturally. 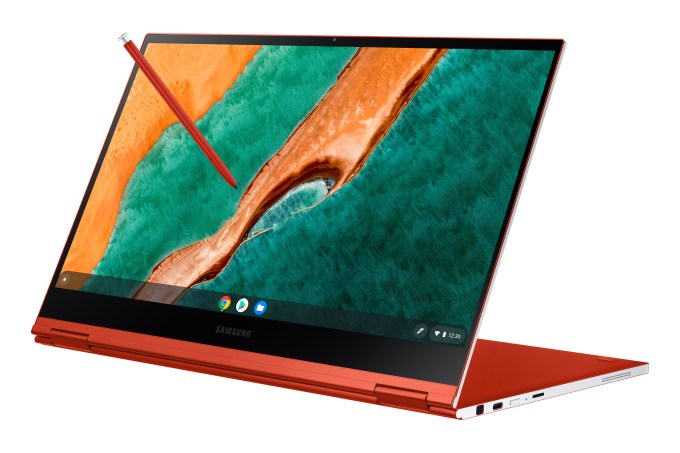 Earlier today, the first two Chromebooks built on those Athena specifications — from Samsung and Asus — were announced by the respective companies, and Intel says that there will be more to come. And on stage, Google joined Intel during its keynote to also cement the two companies’ commitment to the mission.

“We’re going a step further and deepening our partnership with Google to bring Athena to Chromebooks,” Gregory Bryant, the EVP and GM of Intel’s client computing group, said in an interview with TechCrunch ahead of today. “We’ve collaborated very closely with Google [so that device makers] can take advantage of these specs.”

For Intel, having a Chromebook roster using Athena is important because these have been very popular, and it brings its processors into machines used by people who are buying Chromebooks to get access to Google services around security and more, and its apps ecosystem.

But stepping up the specifications for Chromebooks is as important for Google as it is for Intel in terms of the bottom line and growing business.

“This is a significant change for Google,” said John Solomon, Google’s VP of ChromeOS, in an interview ahead of today. “Chromebooks were successful in the education sector initially, but in the next 18 months to two years, our plan is to go broader, expanding to consumer and enterprise users. Those users have greater expectations and a broader idea of how to use these devices. That puts the onus on us to deliver more performance.”

The renewed effort comes at an interesting time. The laptop market is in a generally tight spot these days. Overall, the personal computing market is in a state of decline, and forecast to continue that way for the next several years.

But there is a slightly brighter picture for the kinds of machines that are coming out of collaborations like the one between Intel, Google, and their hardware partners: IDC forecasts that 2-in-1 devices — by which it means convertible PCs and detachable tablets — and ultra-slim notebook PCs “are expected to grow 5% collectively over the same period,” versus a compound annual growth rate of -2.4% between 2019 and 2023. So there is growth, but not a huge amount.

Up against that is the strength of the smartphone market. Granted, it, too, is facing some issues as multiple markets reach smartphone saturation and consumers are slower to upgrade.

All that is to say that there are challenges. And that is why Intel, whose fortunes are so closely linked to those of personal computing devices since it makes the processors for them, has to make a big push around projects like Athena.

Up to this month, all of the laptops built to Athena specs have been Windows PCs — 25 to date — but Intel had always said from the start Chromebooks would be part of the mix, to help bring the total number of Athena-based devices up to 75 by the end of this year (adding 50 in 2020).

Chromebooks are a good area for Intel to be focusing on, as they seem to be outpacing growth for the wider market, despite some notable drawbacks about how Chrome OS has been conceived as a “light” operating system with few native tools and integrations in favor of apps. IDC said that in Q4 of 2019, growth was 19% year-on-year,  and from what I understand the holiday period saw an even stronger rise. In the US, Chromebooks had a market share of around 27% last November, according to NPD/Gfk.

What’s interesting is the collaborative approach that Intel — and Google — are taking to grow. The Apple -style model is to build vertical integration into its hardware business to ensure a disciplined and unified approach to form and function: the specifications of the hardware are there specifically to handle the kinds of services that Apple itself envisions to work on its devices, and in turn, it hands down very specific requirements to third parties to work on those devices when they are not services and apps native to Apple itself.

While Google is not in the business of building laptops or processors (yet?), and Intel is also far from building more than just processors, what the two have created here is an attempt at bringing a kind of disciplined specification that mimics what you might get in a vertically integrated business.

“It’s all about building the best products and delivering the best experience,” Bryant said.

“We can’t do what we do without Intel’s help and this close engineering collaboration over the last 18 months,” Solomon added. “This is the beginning of more to come in this space, with innovation that hasn’t previously been seen.”

Indeed, going forward, interestingly Bryant and Solomon wouldn’t rule out that Athena and their collaboration might extend beyond laptops.

“Our job is to make the PC great. If we give consumers value and a reason to buy a PC we can keep the PC alive,” said Bryant, but he added that Intel is continuing to evolve the specification, too.

“From a form factor you’ll see an expansion of devices that have dual displays or have diff kinds of technology and form factors,” he said. “Our intention is to expand and do variations on what we have shown today.”

Previous Huawei allowed to participate in India’s 5G trial phase, but will it be allowed to win?
Next CES 2020: NEC comes back to the U.S. with new LaVie laptops, all-in-one PC 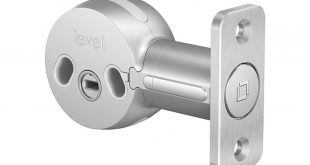 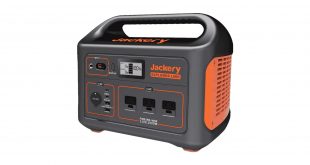 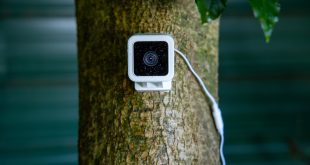 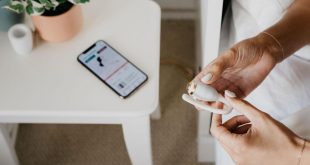 Kegg, a connected fertility tracker and Kegel trainer for women, launches out of beta – TechCrunch