Protesters carrying an inflatable angry emoji greeted Facebook shareholders as they gathered for the company’s annual meeting on Thursday, the latest sign of its struggle to shake off privacy scandals and rein in fake news and hate speech.

The measures had little chance of succeeding, as a dual-class share structure gives Zuckerberg and other insiders control of about 58% of the votes. Many investors have shrugged off the scandals swirling around the company, as it has beaten Wall Street’s estimates for revenue growth and continues to add users globally.

Zuckerberg declined to answer a shareholder question on why he would not agree to create an independent board chair, instead restating his view that regulators should set the rules for companies around privacy and content.

But even though the votes are largely symbolic, they are still seen as a useful barometer of investor sentiment about how well the social media icon is coping with unprecedented challenges to its hands-off approach to content.

Last year, about 83% of shares held by outside investors voted for a proposal that would have the company move to a structure of one vote per share and do away with the supermajority shares.

A coalition of activist groups have urged big investors to reject Zuckerberg’s nomination to the board this year, saying Facebook has failed to protect users, especially racial and religious minorities.

Outside the hotel, a small group of protesters filmed themselves hoisting the 8-foot (2.5-meter) red emoji balloon, saying the company failed to protect its users, particularly minorities, from hate speech and other abuses. 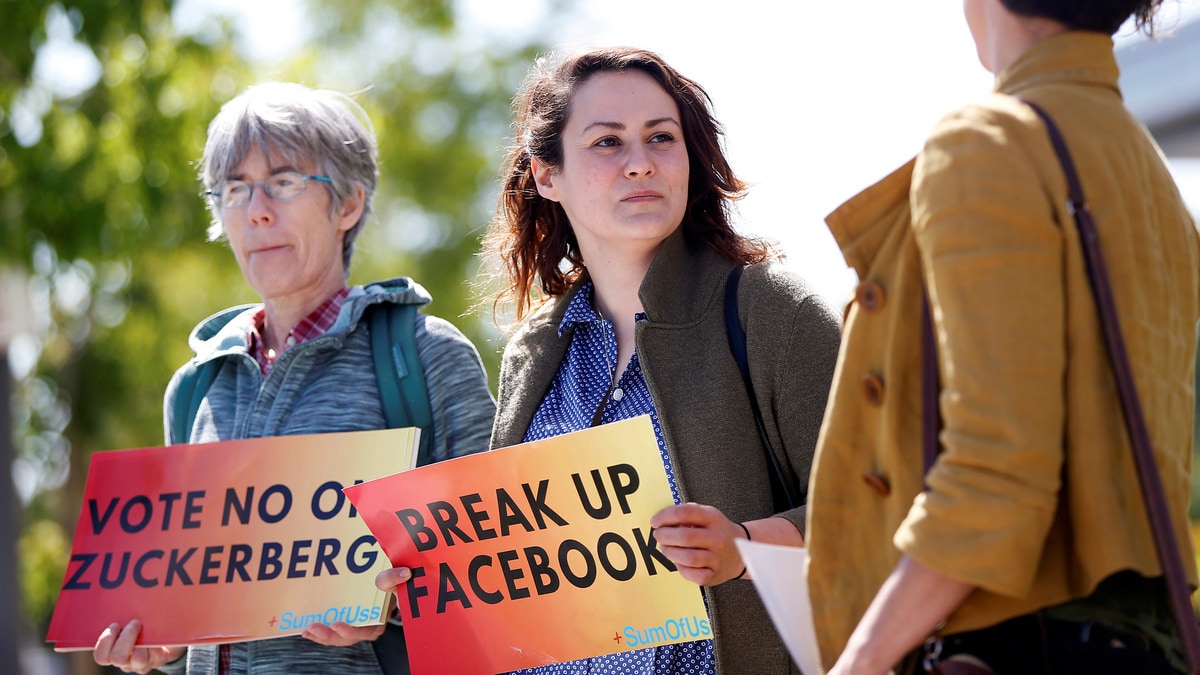 “Zuckerberg has said that he wants to protect people from white supremacy but there’s still a ton of white supremacists organising on Facebook,” said Leila Deen, program director for SumOfUs, the group in the coalition responsible for the balloon.

Nearby, an opposing protester in a red hat stamped with “Make America Great Again,” a slogan of US President Donald Trump, used a loudspeaker to accuse Facebook of censoring conservatives.

The coalition, led by consumer group Majority Action and civil rights advocate Color of Change, said they had gathered 125,000 signatures on a petition targeting BlackRock, one of Facebook’s biggest outside investors.

It declined to comment on the petition, with a spokesman saying it did not preview votes or comment on specific companies.

Other shareholders in the meeting said the company created a “hostile work environment” for people with conservative views and pressed for a diversity report reflecting its public policy positions.

Under scrutiny
Facebook has been under scrutiny from regulators and shareholders since last year, when reporting revealed that the data of some 87 million users had been shared with now-defunct political data firm Cambridge Analytica.

The company has also come under fire over Russian meddling in the 2016 US presidential election, which used social media to spread disinformation, and its frequently shifting policies around which content is permitted on its platform.

US House Speaker Nancy Pelosi criticised the company on Wednesday, saying she was no longer willing to give Facebook the benefit of the doubt on Russia after it refused to remove a heavily edited video that attempted to make her look incoherent.

“I thought it was unwittingly, but clearly they wittingly were accomplices and enablers of false information to go across Facebook,” she said.

The comments raise the spectre of harsher action in Congress against Facebook. Pelosi has previously warned that Section 230 of the Communications Decency Act, which shields tech companies from legal liability for content created by their users, was a “gift” that had been abused and could be reconsidered.

Investors do not seem worried.

The company’s stock jumped 10 percent after its last earnings report, even as it announced it was setting aside up to $5 billion for what could be the largest civil penalty ever paid to the Federal Trade Commission, which has been investigating Facebook over alleged privacy violations.

He wrote only that, as his portfolio’s second-largest holding, Facebook “appeals to us based on growth in its various apps and revenue from advertisers that want to reach the firm’s enormous base of daily active users.”

Danoff has been a long-time backer of Facebook and previously indicated he was satisfied with the company’s reform efforts to date. 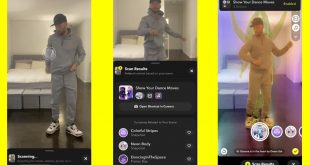