Breaking News
Home / Android / Huawei responds to Android ban with service and security guarantees, but its future is unclear

Huawei responds to Android ban with service and security guarantees, but its future is unclear

Huawei has finally gone on the record about a ban on its use of Android, but the company’s long-term strategy on mobile still remains unclear.

In an effort to appease its worried customer base, the embattled Chinese company said today that it will continue to provide security updates and after-sales support to its existing lineup of smartphones, but it’s what the company didn’t say that will spark concerns.

Huawei was unable to make guarantees about whether existing customers will continue to receive Android software updates, while its statement is bereft of any mention of whether future phones will ship with the current flavor of Android or something else.

The company, which is the world’s second largest smartphone vendor based on shipments, said it will continue to develop a safe software ecosystem for its customers across the globe. Huawei will also extend the support to Honor, a brand of smartphones it owns. Nearly 50 percent of all of Huawei’s sales comes from outside China, research firm Counterpoint told TechCrunch.

Here’s the statement in full:

Huawei has made substantial contributions to the development and growth of Android around the world. As one of Android’s key global partners, we have worked closely with their open-source platform to develop an ecosystem that has benefitted both users and the industry,

Huawei will continue to provide security updates and after sales services to all existing Huawei and Honor smartphone and tablet products covering those have been sold or still in stock globally. We will continue to build a safe and sustainable software ecosystem, in order to provide the best experience for all users globally.

In addition, the company said it plans to launch the Honor 20 as planned. The device is set to be unveiled at an event in London tomorrow. While Honor is a sub-brand, any sanctions levied on Huawei will likely be reflected in its business, too.

Huawei’s lukewarm response isn’t unexpected. Earlier, Google issued a similarly non-committal statement that indicated that owners of Huawei phones will continue to be able to access the Google Play Store and Google Play Protect, but — like the Chinese firm — it made no mention of the future, and that really is the key question.

Indeed, sources within both Google and Huawei have told TechCrunch that the immediate plan of action for what happens next remains unclear.

It could turn out that Huawei is forced to use the open source version of Android, AOSP, which comes stripped of Google Mobile Services, a suite for Google services such as Google Play Store, Gmail, and YouTube. That’s unless it doesn’t plump for its own homespun alternative, which media reports have claimed it has built in the case of an emergency situation.

Huawei’s response comes a day after Reuters reported that Google had suspended some of its businesses with the Chinese technology giant. The Android-maker is complying with a U.S. Commerce Department’s directive that placed Huawei and 70 of its affiliates on an “entity list” that requires any U.S. company to gain government approval before doing business with the Chinese tech company.

In the meantime, the troubles are mounting for Huawei. In addition to Android, the U.S. government’s move has seen Intel, Qualcomm, Xilinx, and Broadcom reportedly pause supplying chips to Huawei until a resolution has been reached. 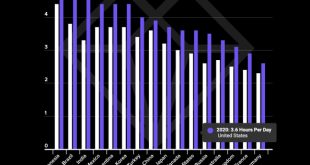 Healthvana’s digital COVID-19 vaccination records are about communication, not passports for the immune

As the vaccination campaign to counter COVID-19 gets underway (albeit with a rocky start), a ...