Huawei has broken 400 billion yuan ($58 billion) in revenue for its first half, despite being under what chair Liang Hua called “immense pressure from the US government”.

Liang Hua said the company was growing quite fast before its addition to the US Entity List, which prevented Huawei from buying US components, and despite impact on its non-China consumer, server, and intelligent computing segments, the company was able to maintain growth.

“The US entity list has had some impact on our development. But both the scope and extent of this impact is controllable,” the chair said. “Our core products have not been significantly affected. Our customers still believe in us.”

Since being added onto the entity list however, the US has eased its ban by allowing certain US companies to receive licenses to sell equipment to the Chinese company.

Huawei said it had seen phone segments increase 24%, tablets grow by 10%, and moved 3x and 2x the number of PCs and wearables respectively, giving its consumer segment a 24% boost in shipments to 118 million units overall.

The chair said he remained confident in the company’s full-year performance, and that the company would continue to use Android if the US would allow Google to work with it.

“In a way, the US government’s foray against Huawei has helped us understand our objectives better. It has enhanced collaboration and has galvanized our people,” Liang Hua said.

“This pressure has brought us together and reinvigorated the company.”

Based on a report commissioned for it by Ovum, Huawei claimed on Tuesday that it was possible to maintain separation in 5G between the core network and the radio access network (RAN).

“The Core/RAN distinction is maintained in 5G. The basic security architecture of mobile communications, including Core/RAN separation, does not change in 5G,” the report’s author David Kennedy of Ovum said.

“One powerful reason why Core/RAN separation has been maintained in 5G standards is to allow operators to integrate RAN from one vendor with core from another vendor.”

The report said of the 26 commercially-launched 5G networks around the world, 17 were using Huawei RAN kit, and 9 had a Huawei core.

“The RAN is the ‘idiot savant’ of the 5G mobile network. It is brilliant at transferring radio data between user devices and the core, but it does little else,” Kennedy wrote.

“The idea of the core/RAN separation being eroded is therefore something of a mirage”.

The report said there was confusion between the RAN and multi-access edge computing (MEC) equipment, which contains compute powers and can be placed anywhere from the core to the base station.

“In theory, these resources could be co-located with RAN equipment in a single cabinet. But as part of the core network, they remain subject to core security protocols,” the report said.

“Moving compute, memory and storage resources physically closer to the user or the RAN does not change this. All MEC applications remain enveloped by the core security protocols set up in the 5G standard.”

The report is at odds with the judgement of the Australian Signals Directorate, which recommended last year that Chinese vendors be banned due to an inability to mitigate the risks posed.

“This new architecture provides a way to circumvent traditional security controls by exploiting equipment in the edge of the network — exploitation which may affect overall network integrity and availability, as well as the confidentiality of customer data. A long history of cyber incidents shows cyber actors target Australia and Australians,” the government said at the time.

“Government has found no combination of technical security controls that sufficiently mitigate the risks. While we are protected as far as possible by current security controls, the new network, with its increased complexity, would render these current protections ineffective in 5G.”

The government has also cited that Huawei and ZTE are likely to be subject to extrajudicial directions from Beijing.

In October, ASD Director-general Mike Burgess said the stakes surrounding 5G could not be higher, and that if 5G delivers on its promise, telecommunications networks would be at the top of critical national infrastructure lists.

“The distinction between core and edge collapses in 5G networks. That means that a potential threat anywhere in the network will be a threat to the whole network,” Burgess said.

“In consultation with operators and vendors, we worked hard this year to see if there were ways to protect our 5G networks if high-risk vendor equipment was present anywhere in these networks.

“At the end of this process, my advice was to exclude high-risk vendors from the entirety of evolving 5G networks.” 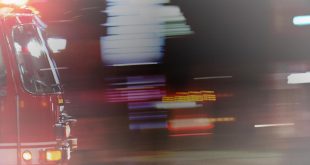 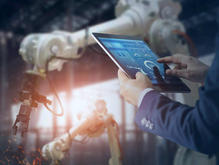