How Peloton made sweat addictive enough to IPO – TechCrunch

It makes lazy people like me work out. That’s the genius of the Peloton bicycle. All you have to do is velcro on the shoes and you’re trapped. You’ve eliminated choice and you will exercise. Through a succession of savvy product design choice I’ll break down here, Peloton removes the friction to getting fit. It’s the leader in a movement I call “pushbutton health”. And this is why I think Peloton will be a big succes no matter what short-term investors do when it IPOs this week after raising $994 million in venture capital. 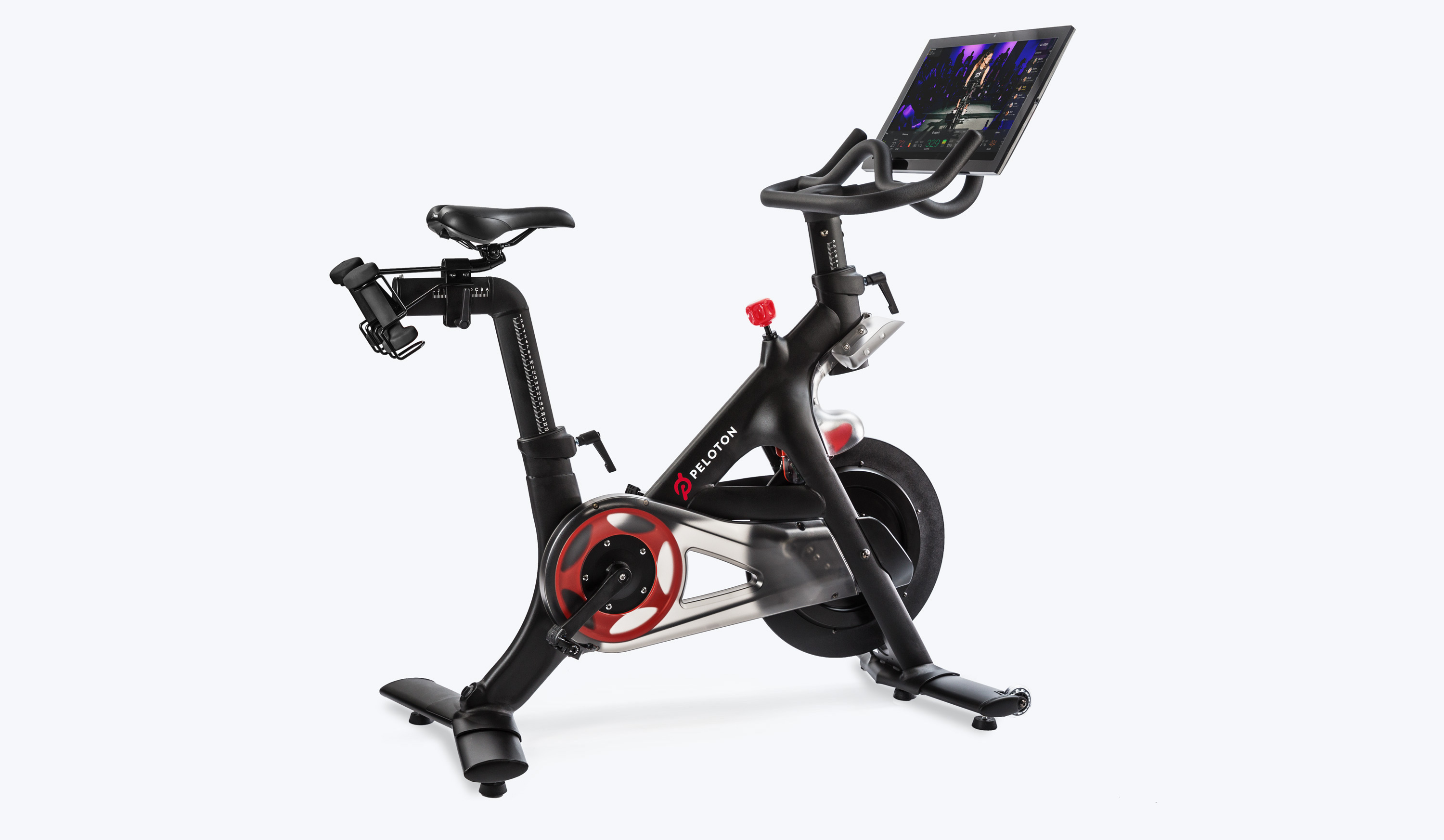 Basically, Peloton is a $2300 stationary bike with an iPad stuck to the front. The $40 per month subscription unlocks thousands of live and on-demand video cycling classes where instructors positively yell at you. When you think you’re tired already, they look into your eyes, tell you “you got this”, the soundtrack crescendos, you crank up the resistance, and you pedal harder at home. The resulting endorphin rush is addictive, and you find yourself persuading friends they need a Peloton too.

That viral loop which adds to its 500,000 subscribers is how Peloton plans to raise ~$1.16 billion going public this week at an ~$8 billion valuation. Its revenue doubled this year as it began to dominate the connected exercise equipment market, though losses quadrupled as it burned cash to become a household name. But after riding 110 of 150 days I’ve been home since buying its bike, I’m confident in the company. Whatever it invests now to build its lead will likely be paid back handsomely by its increasingly handsome customers who can’t bear to clip out. Here’s why. 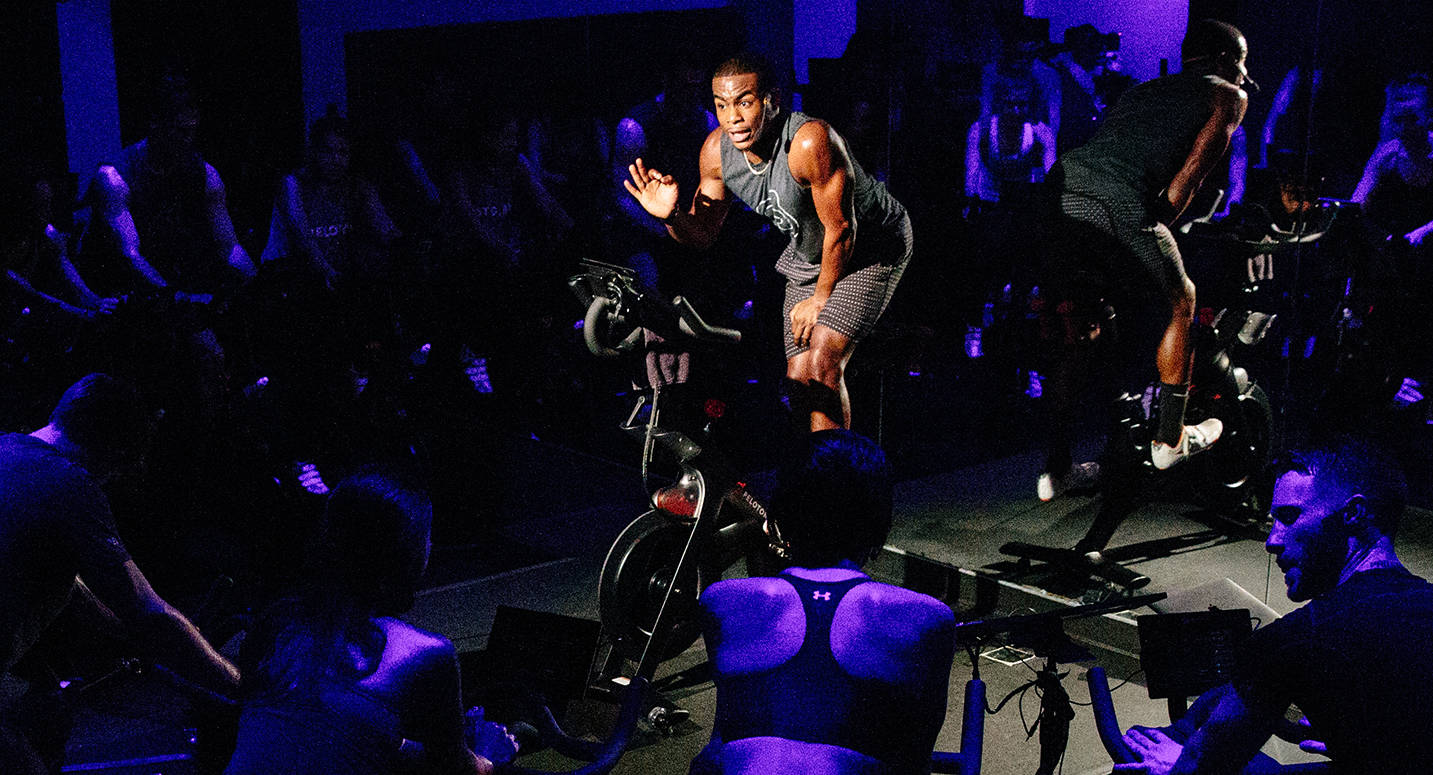 The Brilliance Of This Bike

The Shoes – Usually the activation energy to start a workout requires dragging yourself to the gym or suiting up to face the elements outside. That can be daunting enough that you rarely do. But once you slip into the Peloton bike shoes, you can hardly walk normally which means you can hardly procrastinate. You’re home so you don’t even need clothes. Just a few velcro straps and you’re over the hump and resigned to exercise.

The Clips – Home gym equipments reduces the barrier to entry but also the barrier to exit. You can tell yourself you’ll keep doing push-up sets or squats jumping rope, but you can stop any time. Yet after you’re clipped into the Peloton bike, you’re almost assured to keep pedaling until the instructor gives you that end-of-ride congratulations.

Just put the shoes on and you’ll exercise

The Schedule – You can get a sweat in just 10 or 20 minutes going hard on a Peloton. Combined with zero commute, that means you’ll practically always be able fit in a ride regardless of how busy you are. No more “I don’t have time to make it to the gym so I’ll just skip out”. When my calendar gets crunched or I dawdle a little before deciding to ride, classes as short as 5 minutes ensure there’s no weaseling out.

The Instructors – I wish I had these coaches to motivate me through sorting email. Peloton’s 20+ instructors range from hippie-dippie gurus to no-nonsense trainers that fit your personality type. You find yourself craving your favorite’s special brand of relentless positivity. I burn far more calories in a shorter time than exercising solo because they inspire me to push a little harder or they slow their countdown to add a couple all-out seconds to the end of a sprint. They’re even becoming celebrities, with bankers lining up for selfies during Peloton’s IPO road show. Sick of them? You can always Scenic Ride through video of some of the world’s prettiest bike paths.

The Intimacy – You’re eye-to-eye with those instructors as they stare into the camera and out of the giant screen bolted to your handlebars. That generates intimacy despite them broadcasting to thousands. Even in person, a SoulCycle coach across the room can feel further away. You’re mostly guided by audio cues, but their gaze compels you to perform. Peloton almost feels like FaceTime, and that’s a sense of connection many long for more of these days.

The Pavlovian Response – Your brain quickly begins to associate the sounds of Peloton with the glowing feeling of finishing a workout. The rip of the velcro shoe straps, the click of clipping into the bike, but most of all the instructor catch-phrases. You get hooked on hear the bubbling British accent of “I’mmmm Leeaannne Haaaaainsby” as she introduces herself, Ben Alldis’ infectious “You got 5, you got 4…” countdowns, or Emma Lovewell reminding you to “Live, learn, love well”. That final ‘namaste’ followed by wiping down the bike and jumping in a cold shower forms a ritual you’re inclined to repeat. 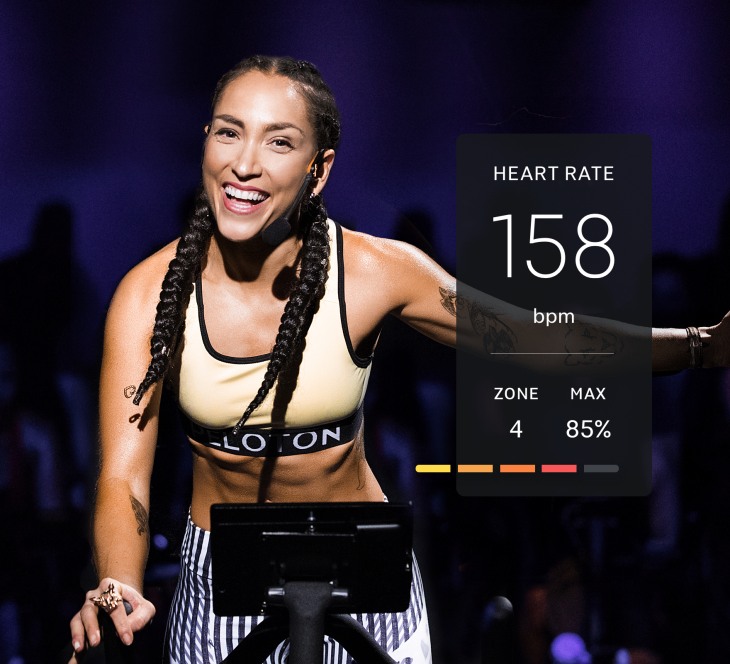 Eye-contact with the instructors creates an intimate bond

The Soundtrack – Popular songs are more than just a pump-up accompaniment to Peloton classes. Your pedaling pace is often pegged to the tempo, with sprints starting when the beat drops. As your legs tire, you feel obliged to maintain your speed so you don’t fall behind the drums. You can even search classes by music genre and preview each’s playlist. Peloton has paid out $50 million in royalties for its music, and faces $300 million-plus in lawsuits for copyright infringement. But having the best tunes to bike to might end up worth the penalty since it helped Peloton race ahead in a lucrative market.

The Bike As Decor – Most home exercise equipment ends up in a closet or as a clothing rack. By designing its bicycles for beauty, Peloton coerces you to place them conspicuously in your home. You might have seen the hysterical Twitter thread parodying this practice, but it’s funny because it’s true. You’re a lot more likely to ride it if it’s central to your home (ours is between our bed and the doors to the veranda), and you’ll be embarassed if visitors ask about it and you haven’t hopped on recently. 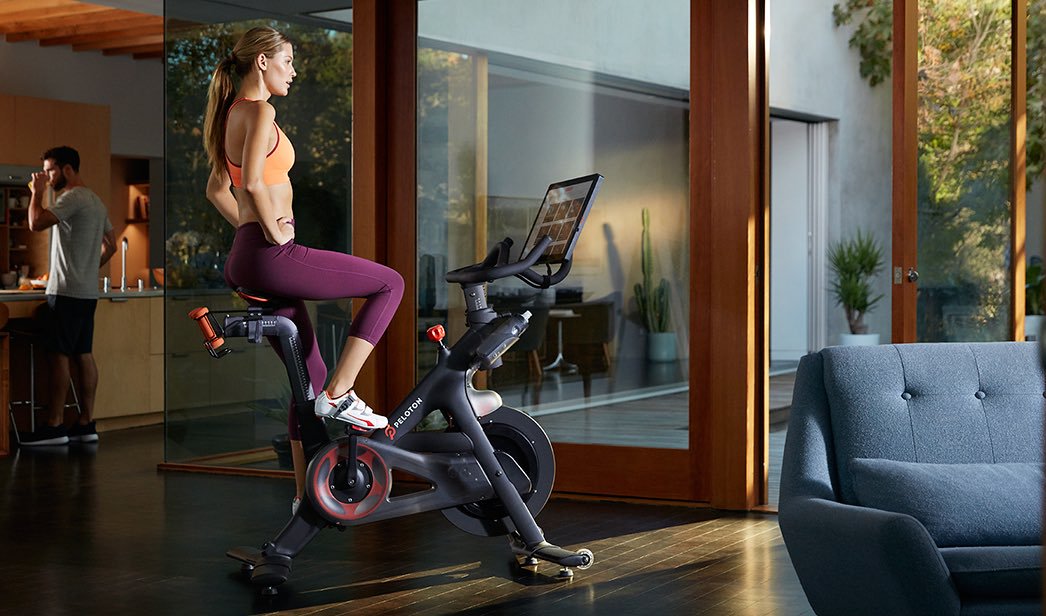 The Network Effect – Many of these smart product design moves could be copied by competitors. But by amassing a community of 1.4 million members to date, Peloton benefits from social features and economies of scale. You can ride together with pals over video chat, send each other digital high fives, or race and compare achievements. Each friend that joins Peloton is one more reason not to sign up for a competitor. The whole concept virtual personal training is being legitimized. And the cost of producing more classes gets spread wider as membership grows.

The Shared Accounts – Peloton has even built in a way to feel noble about your sanctimonious prosyletizing about how it “jumpstarted your metabolism”. Each $39 on-bike subscription allows unlimited accounts on up to three devices, so you can hook up some friends if you convince them to buy the big-budget gadget.

High-five fellow riders as you virtuall pass them

The Growth Hacks – Peloton streaks are for adults what Snapchat streaks are to kids: a clever way to reward consistent usage. But beyond the achievement badges displayed on your profile, you’ll get in-ride leaderboards full of people to proudly pass, progress bars to fill by pedaling, and kilojoule output high scores to beat. Peloton makes exercise a game you want to win.

The Shoutouts – Yet Peloton’s most explicit levering of our psychology comes from the in-class name-drop shoutouts instructors give. Whether mentioning the screen names of a few participants at the start of a session or congratulating users hitting their 50th, 200th, or 500th ride, the recognition pushes people to join the dozen live-streamed classes each day that add urgency to the on-demand catalog. Proof it works? People strategize to ensure their 100th ride is a long live class to maximize the chance of a shout-out. 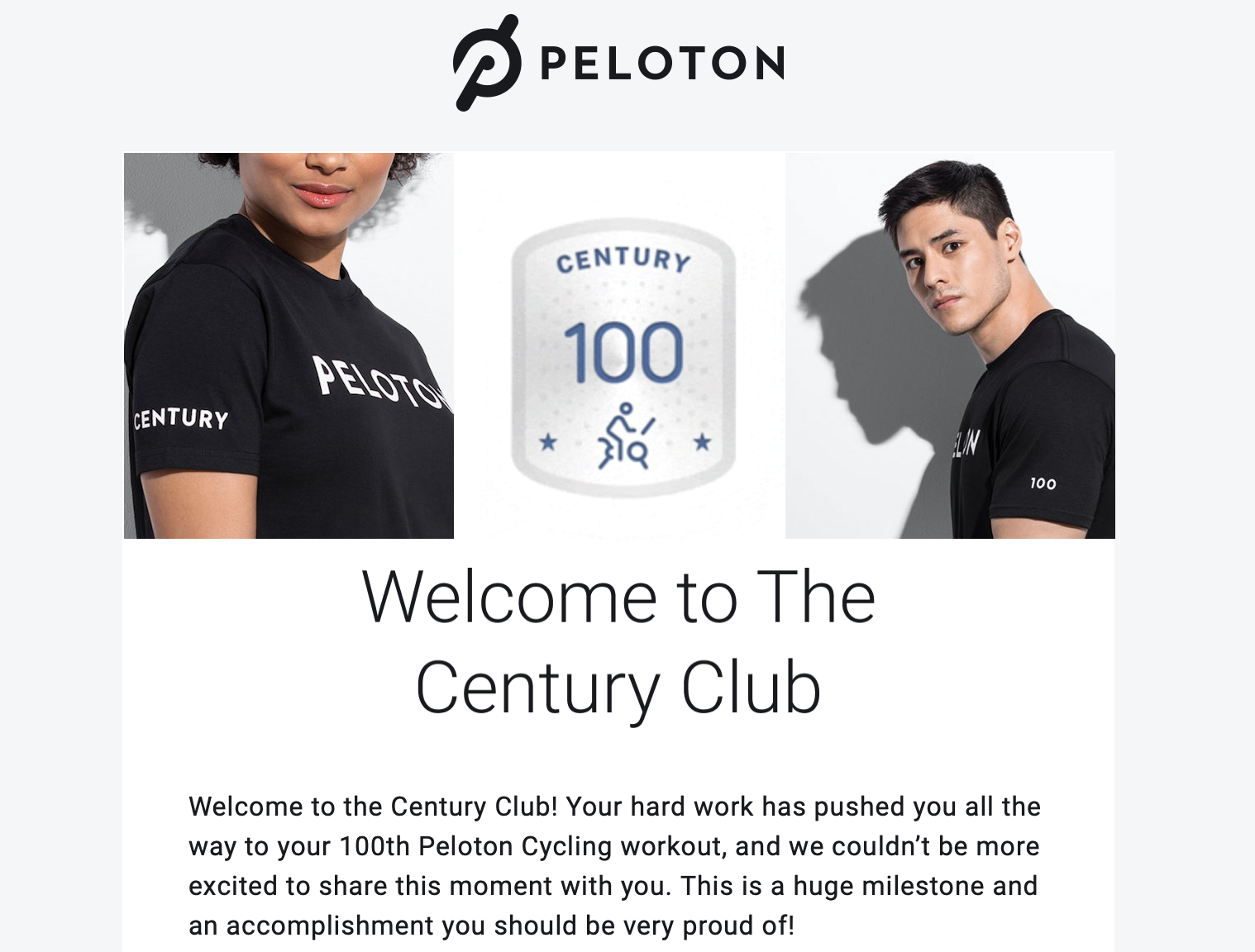 A free cult shirt after your 100th ride

The ‘Transcendence’ – Peloton minimizes the isolation from working out at home. In fact, its whole product enables people to feel ‘glamorous’ and ‘manifested’ yet nonchalant in ways going to a sweaty gym or using a personal trainer can’t. It’s like being able to buy a little piece of the smug satisfaction and in-group affiliation of going to Burning Man. That’s why the company even sends you a free “Century Club” t-shirt when you hit your 100th ride. You’re meant to feel cool sharing that you “Peloton”, using the startup’s name as a verb. 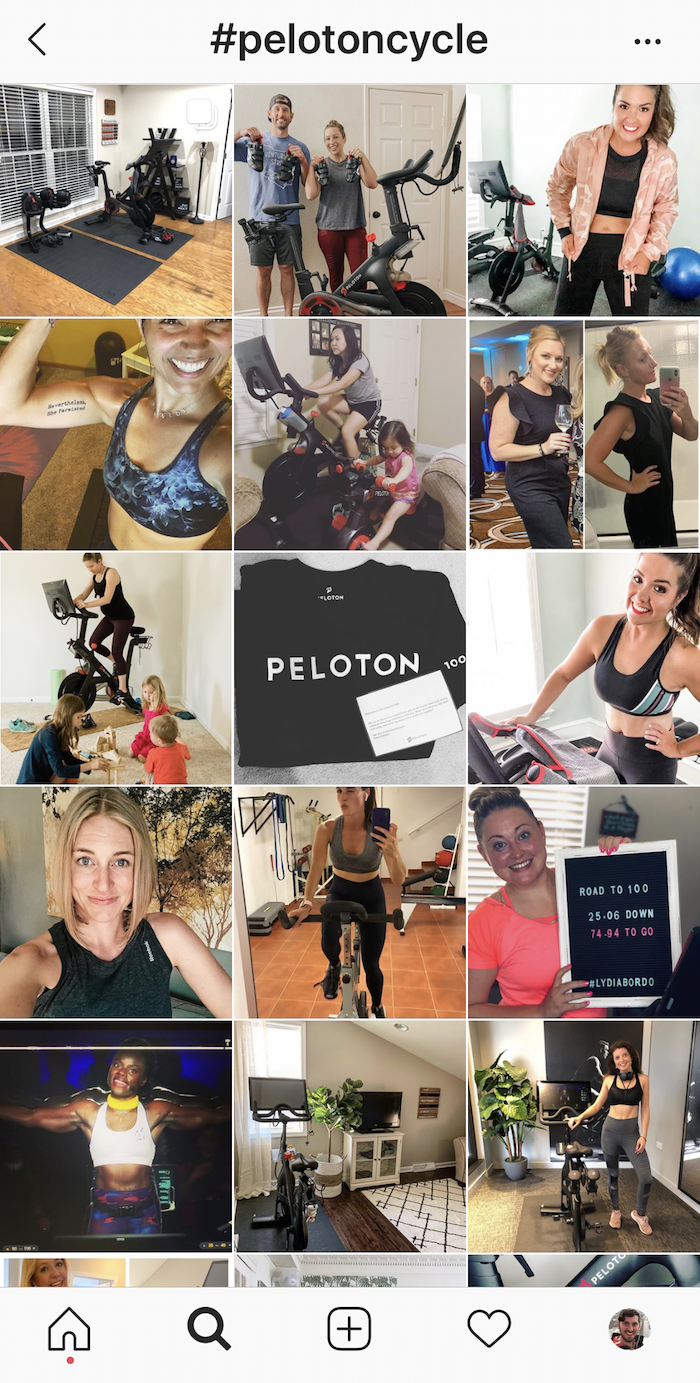 Still, Peloton has plenty left to optimize. There’s room to expand use of its camera to offer premium one-on-one coaching, head-to-head racing, group video chat with friends, and augmented reality filters to make people feel comfortable on screen and take shareable selfies. A wider range of intense but short classes could appeal to overworked professionals who picked Peloton precisely because they don’t have an hour for the gym.

Novelty could come from celebrity guest instructors, or themed classes for pre-gaming for a night out, fans of a particular artist, or songs about a certain topic. And it should definitely have some iconic sounds like an om or singing bowl chime that play before each class to center you and after to release you.

Most excitingly, the Peloton screen has the potential to be a platform for exercise-controlled gaming and apps. Whether pedaling to escape zombies chasing you or piece together a puzzle, maintaining an output level to keep your cross-hairs locked on an enemy plane as you dogfight, or making a garden bloom by growing each flower during a different interval, Peloton could evolve riding to be much more interactive. Apps could offer training simulators for different sports focused on sprints for basketball or marathons for soccer. Or just put Netflix on it! By opening up to outside developers, Peloton could build a moat of extra experiences competitors can’t match.

With the strengths and opportunities of its core product, Peloton is poised to absorb more of your fitness time and money. It’s already branching out with yoga, meditation, lifting, bootcamp, and jazzercise classes you can do standing next to your bike or without one on its $19 per month app. Its second gadget is a $4300 treadmill.

From there it could break into more of the “pushbutton health” business. I categorize these as wellness products and services that rely on convenience instead of your will power. Think delivery health food instead calorie-counting apps that are a chore. My pushbutton regimen includes Peloton, six salads per week dropped off in batches by Thistle, monthly packages of Nomiku vacuum-sealed meals that RFID scan into its sous vide machine, and a Future remote personal trainer who nags me by text message. 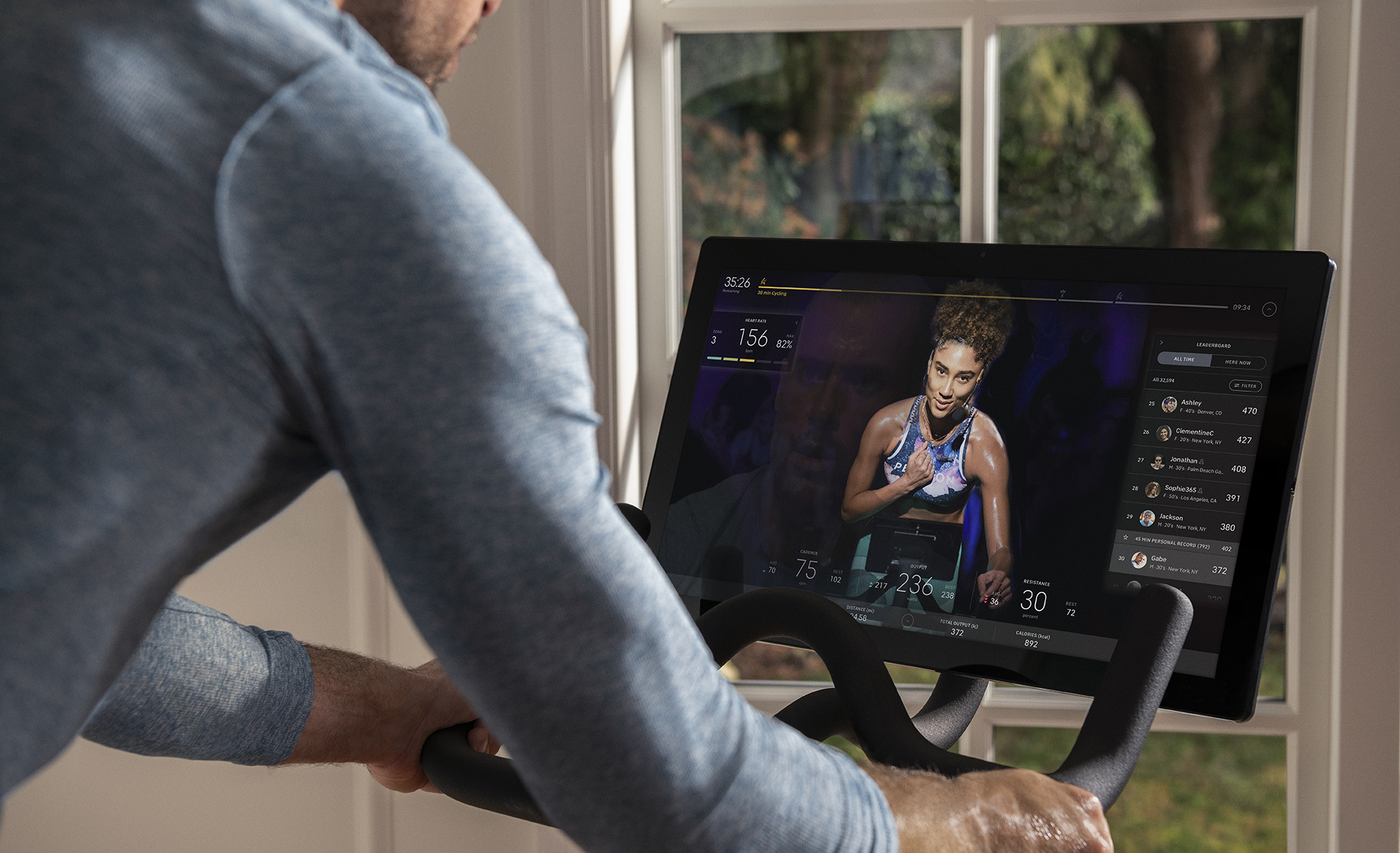 It’s easy to get hooked on the positivity

Peloton could easily dive into selling meal kits, personal training, or a wider range of workout clothes to compete with Lulu Lemon. If it’s the center of your fitness routine, the company could become a gateway to new health products it owns or partners with.

I’m bullish on Peloton because I’m betting people are going to stay busy, lazy, and competitive. It offers the effectiveness of a spin class but with scheduling flexibility. It removes every excuse for staying on the couch. And in an age of visual communication where many seek to share both the journey to and the destination of an Instagrammable body and the discipline to ge there, Peloton provides conspicuous self-actualization through consumerism. Plus, finishing a ride feels damn good.

Previous WhatsApp Status Updates Can Now Be Shared as a Facebook Story for Both Android, iPhone Users
Next DxOMark’s night and wide-angle camera tests push today’s smartphones to their limits – TechCrunch 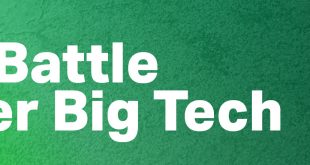 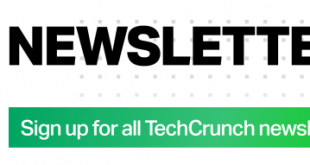 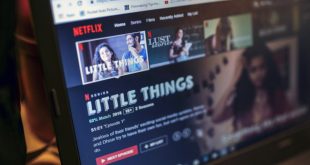