Hotstar and BBC Studios have partnered to produce an Indian remake of the BBC One series Doctor Foster, about a thirty-something general practitioner who suspects her husband of having an affair and then pieces together the scale of his infidelity — while breaching professional ethics — before eventually confronting him. Tigmanshu Dhulia (Paan Singh Tomar) and Aijaz Khan (Hamid) are set as directors for the as-yet untitled Doctor Foster Indian remake, which will release before the end of 2019 on Hotstar. Considering a release date is within the next two-and-a-half-months, the show is most likely at some stage in the post-production process.

Doctor Foster joins a growing list of BBC shows being adapted for India, after Criminal Justice, The Office, and Luther. While those three were developed by Applause Entertainment, the content arm of the Aditya Birla Group, Doctor Foster is being developed by Hotstar — now owned by Disney — directly in collaboration with BBC Studios. In a prepared statement, BBC Studios’ India business head of production, Sameer Gogate, said: “The original Doctor Foster has a tremendous following internationally, and we believe that an Indian version will work very well in our region.”

Originally created and written by Mike Bartlett, Doctor Foster had a two-season, 10-episode run on BBC One in the UK between 2015 and 2017. The first season was well-received by critics, while the second not much so. The future of Doctor Foster has not been confirmed since then.

The Indian remake of Doctor Foster will release in 2019 on Hotstar. It will be the sixth original series for Hotstar this year after M.S. Dhoni docu-series Roar of the Lion, City of Dreams, Hostages, and the aforementioned Criminal Justice, and The Office. Hopefully, this one will be watchable, unlike the previous five.

Akhil Arora
Akhil identifies himself as a stickler for detail and accuracy, and strongly believes that robots will one day take over most human jobs. In his free time, you will find Akhil beating the computer at EA Sports FIFA or streaming new highly-rated TV series.
More

5G Will Change How Telcos in India Earn Revenue: Cisco 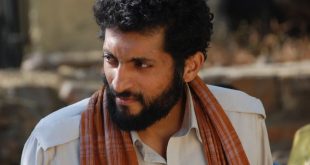 What to Watch: Google Search Makes It Easier to Find New TV Shows, Movies in India