Hero Labs raises £2.5M for its ultrasonic device to monitor a property’s water use and prevent leaks – TechCrunch

Hero Labs, a London-based startup that is developing “smart” technology to help prevent water leaks in U.K. properties, has raised £2.5 million in seed funding. The round is led by Earthworm Group, an environmental fund manager, with further support via a £300,000 EU innovation grant and a number of unnamed private investors.

The new capital will be used by Hero Labs to accelerate development of its first product: a smart device dubbed “Sonic” that uses ultrasonic technology to monitor water use within a property, including the early detection of water leaks.

Founded in 2018 by Krystian Zajac after he exited Neos, a smart home insurer that was acquired by Aviva, Hero Labs was born out of the realisation that a lot of smart home technology either wasn’t very smart or didn’t solve mass problems (Zajac had also previously run a smart home company focusing on ultra-high-net-worth individuals that delivered bespoke designs for things like motorised swimming pool floors or home cinemas doubling up as panic rooms).

Coupled with this, the Hero Labs founder learned that water wastage was a very costly problem, both financially and environmentally, with water leaks being the number one culprit for property damage in the U.K., ahead of fires, gas explosions or break-ins combined. This sees water leaks cost the U.K. insurance industry £1 billion per year, apparently.

“My vision for the company is to solve real-life problems with truly smart technology,” Zajac tells me. “From working at Neos and alongside some of the world’s largest home insurers I understood the problems that impacted ordinary homeowners and their families on a day-to-day basis. Perhaps most surprisingly, I learnt that water leaks are far and way the biggest cause of damage to homes… I also wanted to do more for the environment in my next venture after learning that water leaks waste 3 billion litres of water a day in the U.K. alone.” 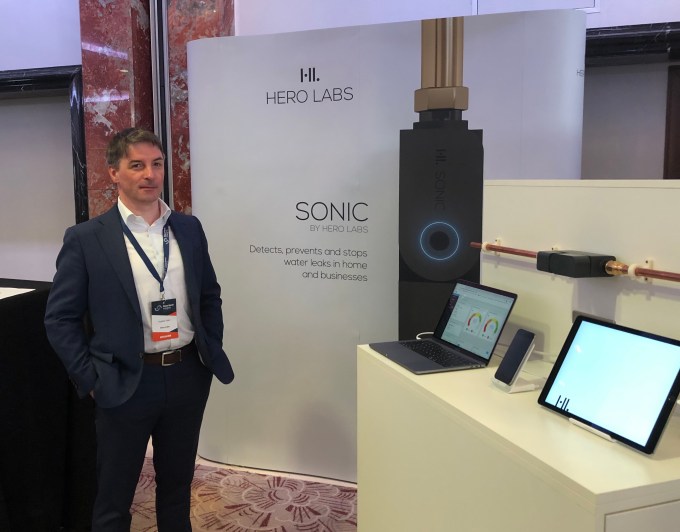 To that end, the Sonic device and service is described as a smart leak defence system. Aimed at anyone who wants to prevent water leaks in their property — including homeowners, landlords, facilities management, property developers and businesses — the ultrasonic device typically attaches to the piping below your sink and “listens” to the vibrations coming off the interconnected pipes.

Sonic then monitors the water flow using machine learning and its algorithms to identify usage and detect anomalies. This requires the technology to understand the difference between appliances, running taps and even flushing toilets so that it can build up a picture of normal water usage in the home and in turn identify if that pattern is broken. Crucially, if needed, Sonic can automatically shut off the water supply to prevent a water leak from damaging the property or its possessions.

Will a full launch planned for later this year, Sonic is targeting consumers as well as small businesses initially. “We are [also] in discussions with insurers who might subsidise the product or give it away completely for free to certain more affluent customers to minimise the risk of water escape,” adds Zajac. 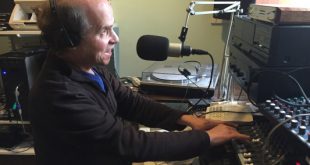 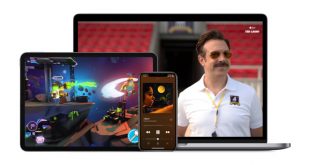 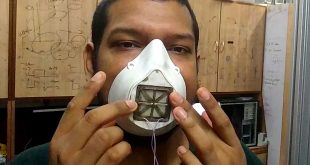 N95 masks could soon be rechargeable instead of disposable – TechCrunch 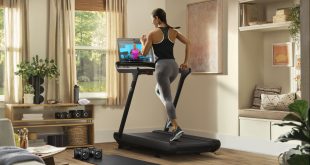