A report by Consumer Intelligence Research Partners (CIRP) claims that sales of Apple’s 5.4-inch iPhone 12 mini only pulled in six percent of sales for the October-November 2020 period, and that this “likely disappointed Apple.”

It didn’t disappoint. Far from it.

That was likely the idea behind it.

Must read: Here’s why your iPhone Lightning charging cable only works one way (and how to fix it)

Here’s the quote from the report, as reported by 9to5Mac:

“The new iPhone mini likely disappointed Apple with only 6% of sales in the period,” said Mike Levin, CIRP Partner and cofounder. “It has most of the same features as the other iPhone 12 models, in a smaller form factor for $699. Its share was just above that of iPhone XR, launched in 2018 and now priced at $499, the one-year-old iPhone 11, now selling for $599, and the 2nd generation iPhone SE, launched in April 2020 at $399. It seems that its higher price point compared to those three models limited the iPhone 12 mini appeal.”

There’s nothing to be disappointed about there. Sales of the higher-priced iPhone 12 models — even the high-end iPhone 12 Pro Max — account for a massive chunk of the October to November sales.

We also need to bear in mind that both the iPhone 12 mini and iPhone 12 Pro Max launched in November, so for a chunk of that period, these handsets were not even available.

Also, bear in mind that the CIRP report is based on customer surveys, so mileage varies.

It’s the higher-priced iPhones that Apple wants to sell. As Above Avalon analyst Neil Cybart wrote in a note to subscribers yesterday:

“The problem isn’t that iPhone owners have moved beyond smaller iPhones. Apple only needs 5% to 10% of the installed base to want a smaller iPhone for a device with the iPhone 12 mini’s dimensions to sell well.”

The “mini” in the name is not reflected in the price tag.

The iPhone 12 mini was designed, engineered, and launched in a way to make the higher-priced iPhones seem like a better deal.

And it worked. It worked so well that it’s fooled analysts and even the tech media.

Did you want a smaller iPhone? Does the iPhone 12 mini deliver what you wanted? Let me know in the comments down below. 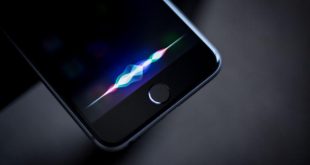