Trailers. You love them, Microsoft’s got them. According to the company, there were a ridiculous 60 games trotted out on stage at today’s big E3 kickoff. Looks like the Xbox got a little extra love at the event since Sony’s MIA this year. Along with more information on its streaming service Project XCloud a sneak peek at its next console and a very special appearance by Keanu, the company had a LOT of games to show off.

Here are the biggest trailers from today’s event.

Ori and the Will of the Wisps: Announced in 2017, Moon Studio’s platformer finally arrives next February.

Flight Simulator: You know, you love it — or are otherwise indifferent. The classic simulator returns in 2020.

Age of Empires II: Definitive Edition – Coming later this year, the title will also be available for Xbox Game Pass for PC.

Battletoads: Don’t call it a comeback. Zitz, Pimple and Rash return for a new Gamepass title.

Gear 5: Probably the most eagerly anticipated game of the press conference, the new Gears is launching September 10.

Gears 5: Terminator Dark Fate – Here’s a fun reveal. Those who buy Gears 5 by September 16 with get a character pack, featuring the T-800 Endoskeleton from the forthcoming Terminator sequel.

Kitten Around with RAAM: A series of animated shorts based on characters from Gears POP.

State of Decay Heartland: A new DLC pack for Heartland 2, features two stories and will be available as part of GamePass.

CrossfireX: The latest version of Smilegate’s FPS is arriving on Xbox One.

Halo: Infinite – What’s this, then? Why it’s a brand new Halo title, launching alongside Microsoft’s next-gen Project Scarlett console during the 2020 holiday season. 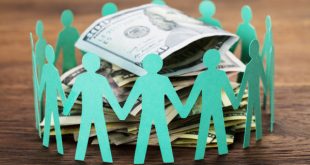