It’s been over three years since GPD introduced the Pocket 2, a diminutive laptop with a 7-inch screen and a tiny, but full QWERTY keyboard. That’s provided the company plenty of time to ponder what a successor would look like, and the resulting Pocket 3 has some big changes while retaining the small form factor.

Perhaps the most important update is to the display, which grows to 8 inches in size while retaining the 1,920×1,200 resolution and touchscreen features of its predecessor. It also ditches the traditional hinge for a 180-degree one that turns the Pocket 3 into a 2-in-1 model that supports tablet mode and allows input from the included stylus. Screen protection via Corning Gorilla Glass 5 and 500 nits of brightness round out the display upgrades.

Further refinements to the admittedly crowded keyboard are also in store for the Pocket 3, including the addition of a small touchpad and mouse buttons along the top. These replace the pointing stick on the original Pocket, and it means you don’t have to rely on an external mouse or using the touchscreen to handle click-based and related tasks. The keyboard now includes backlighting, which can help as GPD has changed the chassis color (including the keyboard area) from silver to black in this model.

GPD has also added features that cater to the needs of its operation and maintenance engineer client base. Specifically, the Pocket 3 offers a serial port expansion module option that allows it to connect to devices using the legacy port, such as older printers and scanners, as well as an optional KVM control module to provide hardware-level access to network servers that lack a keyboard and mouse. The Pocket 3 now sports an HDMI port that its predecessors did not, allowing you to connect two external monitors when you need more screen real estate.

The Pocket 3 is offered with two distinct Intel processor options: the Pentium Silver N6000 CPU for basic operations or the Core i7-1195G7 for power users. The former option includes 8GB of RAM, whereas the latter doubles the memory to pair with the high-performance processor. One update you get with either CPU choice is M.2 solid-state storage rather than the pokier eMMC storage that the Pocket 2 used. Capacity has increased as well from the Pocket 2’s 128GB to 512GB with the Pentium processor or 1TB with the Core i7 chip.

As with its other systems, GPD is making use of crowdfunding site Indiegogo for online ordering. The Pentium edition of the Pocket 3 is currently priced at $701, while the Core i7 version is listed at $1,050. Both include a stylus, and there’s an option to buy either with your choice of serial or KVM add-on module for an additional $80. The Indiegogo page lists a shipping date for the Pocket 3 as January 2022, but be aware that this is just an estimate and delays for crowdfunded projects are not uncommon. 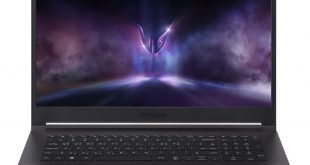