Google’s Password Checkup Extension May Soon Be Built Into Chrome

The leak detection feature of Password Checkup, which checks if a user’s password is compromised and alerts the users by a drop-down menu box, appears set to soon become a default feature of Google Chrome browser instead of remaining an optional extension.

“According to the Chromium Bug Tracker, Google is looking to change things by integrating Password Checkup’s leak detection directly into Chrome. While the design documents are currently private, there are enough code changes available to piece together how it should work,” 9to5Google reported on Thursday.

Earlier this year the Internet giant unveiled its Password Checkup extension which is essentially a step up from services such as “Have I Been Pwned” that offer insight into whether or not a user’s password has ever been compromised during a data breach.

For those who do not want Google checking for password safety, they will allow to disable these Password Checkup features from the Chrome browser.

Primarily, this is being done for the sake of enterprise customers, but the setting will likely also be available for others also, the report added.

Separately, Google on Thursday added new features to the Password Checkup extension, and detailed them in a blog post. “Today, we are also releasing two new features for the Password Checkup extension. The first is a direct feedback mechanism where users can inform us about any issues that they are facing via a quick comment box. The second gives users even more control over their data. It allows users to opt-out of the anonymous telemetry that the extension reports, including the number of lookups that surface an unsafe credential, whether an alert leads to a password change, and the domain involved for improving site coverage,” it said of the two new features.

ICICI Bank Is Down, Making Debit Card and UPI Transactions Fail for Many of Its Customers in India

Google Features Web Stories Carousel on Discover Starting in India, Brazil and US 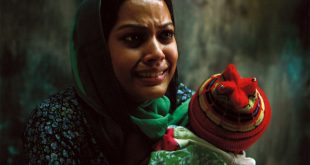 The best Hindi-language movies on Amazon Prime Video are a mix of contemporary and nostalgic ...