Google Duo, which is in simpler words Google’s answer to video calling support on WhatsApp, is now rolling out group video calling for up to eight people globally, while expanding the availability of Data Saving mode – which is designed to automatically limit data usage when you’re making video calls through the Google Duo app. Google has also brought the ability to let you send personalised video messages by adding text and emojis. You can also add drawings to your video messages. Additionally, Google Duo has added end-to-end encryption and the option to join or leave a video chat at any particular time. The new changes come just after Google Duo increased group video calling limit from four members to eight. Group video calling i available for both Android and iOS across the world, while initially the experience was limited to a handful of markets, including Brazil, Canada, India, and the US.

Google Duo group video calling rollout for up to 8 people

Separately, Engineering Lead of Google Duo and Principal Engineer at Google Justin Uberti in a tweet posted on Friday revealed that end-to-end encryption has been added to the app. This is touted to be based on a new encryption format. The Google Duo team has also brought the ability to join or leave a video chat at any time. The new features are aimed to counter WhatsApp that is also one of the popular video calling solutions for mobile devices.

How to activate Data Saving mode on Google Duo

As we mentioned, Google Duo’s Data Saving mode, which was spotted as available for few users earlier this year, is now being made available to all users in Brazil, India, and Indonesia. However, the Google Duo’s Product Manager Humberto Castaneda in a blog post mentions that the mode will be rolling out to more markets in the coming markets. The mode helps you and the person you’re calling save on data usage in video calls. The feature is available through the Settings menu of the Google Duo app, and once enabled, it is touted to automatically limit data usage when you’re making video calls through Google Duo.

The feature, however, does drop the video quality to offer you a data-effective video calling experience. Moreover, a preview is provided right on top of the Data-saving mode screen to let you decide between the quality and data-saving you get. It is only available for Android for now. 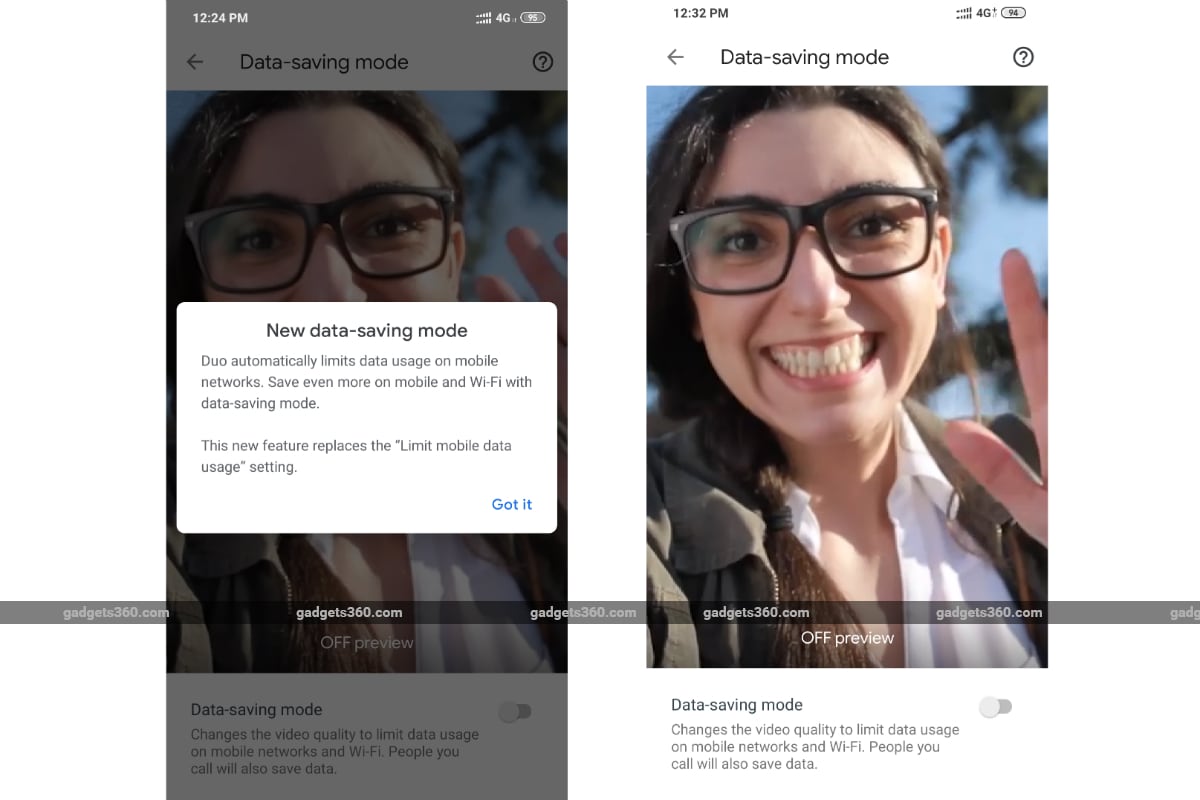 Notably, the Data Saving mode replaces the earlier Limit mobile data usage option. That feature was aimed to lower the mobile network connection to 1Mbps. You can start using Data Saving mode by downloading the updated Google Duo app on your Android device.

Google Duo has also brought the option to send personalised video messages that can feature custom text and emojis. You can also draw something or write a message in your handwriting directly on top of your message using available brushes. 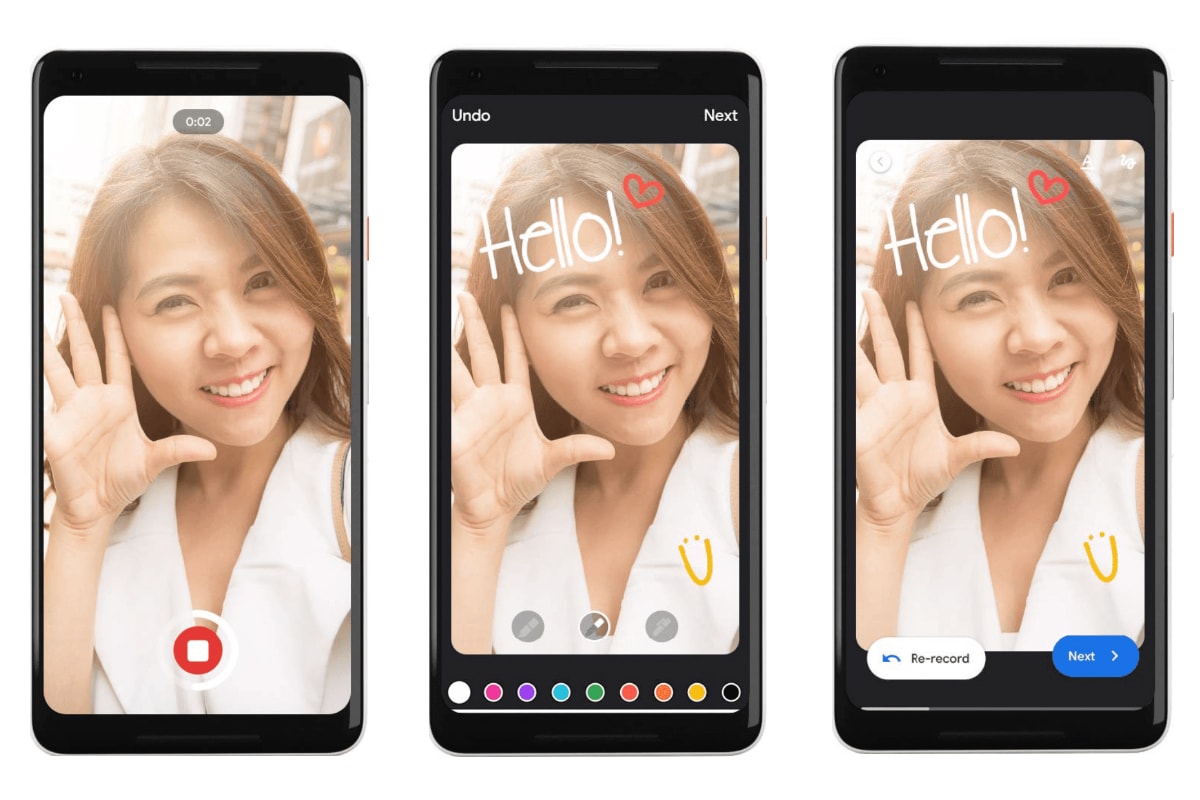 You need swipe down and then press the video recording button to record your message. After that, you can tap the text button from the top-right corner of the screen to type your message or add emojis to it. A Doodle button is also available next to the text button to let you draw on top of your video message using the provided three brushes and colours.

Castaneda says while the personalised video messages feature is initially available for Android users, it is coming soon to iOS as well.