The mid-range mirrorless camera market is currently buzzing with a number of good options to pick from. Sony has been enjoying the limelight for a while with its A6000 series of mirrorless cameras, and recently, we’ve seen Canon getting active in this segment too, introducing the EOS M50 in India at a pretty aggressive price.

Fujifilm’s X-series mirrorless cameras might not share the same spotlight as Sony and Canon, but one recent launch definitely caught our attention. We’re talking about the Fujifilm X-E3, a rangefinder-style interchangeable-lens mirrorless camera that packs a tonne of features into a compact body. After using it for a few months, we can tell you if its performance is as good as its looks.

The X-E3 gets the same retro design as the rest of Fujifilm’s lineup, which we feel looks great. The silver-and-black model that we have stands out, and everyone who has seen us use it has been curious to know more about it. It’s fairly slim and doesn’t weigh too much either. At 337g with the battery and SD card, it’s very portable, although this will vary depending on the type of lens you use.

Because the body is so slim, the X-E3 needs the support of the lens to stay upright when placed on a flat surface. With the standard 18-55mm kit lens, there’s ample support, but with something like the 35mm prime lens, the X-E3 tends to lean forward. 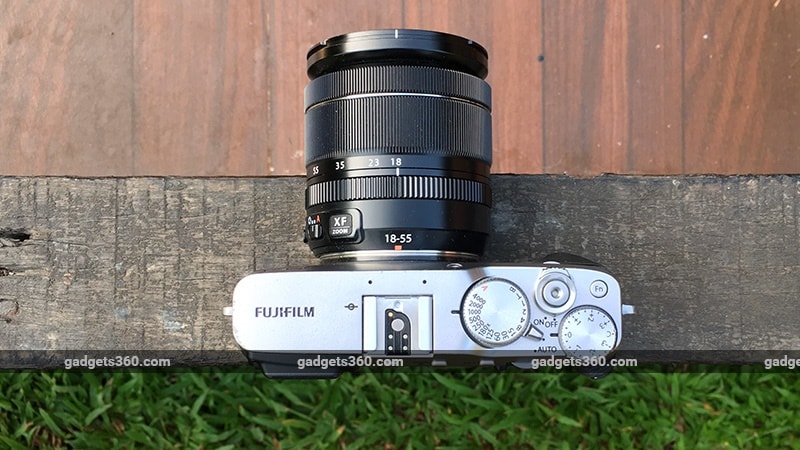 Build quality is excellent thanks to aluminium top and bottom plates, and plenty of rubber cladding for the areas in between. The rubber grip protrudes a bit on the right side of the camera, giving you more surface area when you hold it. On the front, we have a dial to switch between the various autofocus modes, along with a horizontal command dial and the AF-illuminator light.

The top of the Fujifilm X-E3 is relatively flat, and the hot shoe for an external flash is a bit recessed. You get two physical dials for shutter speed and exposure compensation. There’s a customisable Fn button, a switch to put the X-E3 in full auto mode, the power switch, and a shutter release button.

A flap on the left conceals a Micro-USB charging port, a Micro-HDMI port, and a microphone input socket. There’s a standard tripod mount on the bottom, along with a flap for the battery and SD card (up to UHS-1 speed). The back of the camera has the rest of the buttons for changing the drive mode, AE-L, and AF-L buttons, a second horizontal command dial, and a multi-purpose joystick.

There’s a 0.39-inch OLED electronic viewfinder with a 2.36 million dot resolution and diopter adjustment and a built-in eye sensor. The 3-inch LCD touchscreen has a 1.04 million dot resolution, and produces sharp images and good colours. The touchscreen can be used for changing the focus point, zooming in to your shots, and for changing the focus grid when using the EVF, similar to what we saw on the Canon PowerShot G1 X Mark III (Review). You can also tap to capture a still. 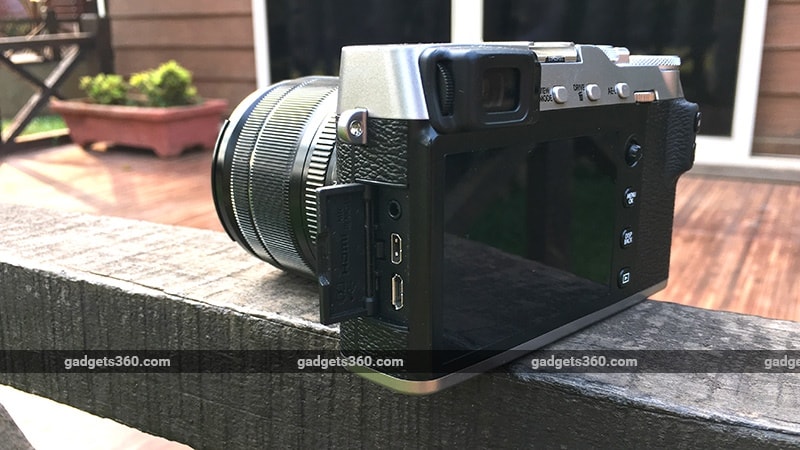 Overall, the X-E3 is a very comfortable camera to live with. It’s built well, looks great, and is very compact which makes it easy to carry around. The buttons have good feedback and the dials are a bit stiff, which is actually a good thing since you won’t change any settings accidentally.

The Fujifilm X-E3 uses a 24.3-megapixel APS-C CMOS sensor which can capture stills at a maximum resolution of 4000×6000 pixels. Native ISO sensitivity ranges from 200 to 12,800, but this can be expanded. We like that you get three Auto ISO presets and each can be customised with different lower and upper values and a minimum shutter speed, so you can use them for different shooting conditions.

The shutter speed tops out at 1/4,000 of a second if you select the mechanical shutter, or 1/32,000 of a second if you go fully electronic. The X-E3 can also shoot 8fps bursts (or 14fps using the electronic shutter), and can capture 62 JPEGs on average before the buffer fills up. You also get various types of bracketing options such as AE, Film Simulation, ISO, white balance, and dynamic range.

The Fujifilm X-E3 puts a total of 325 autofocus points at your disposal, but these can only be selected when the AF mode is set to Single Point. The size of the AF zone can still be varied using the joystick and the rear dial. Once you switch from AF Mode to anything else, such as Zone, Tracking, or All, you only get to use 91 focus points.

The camera can shoot 4K video at 30fps for up to 10 minutes at a stretch, as well as full-HD and HD videos at 60fps. You can’t have a higher framerate than 60fps, which limits the camera’s slow-motion capabilities. Other features include 15 film simulation modes, advanced filters such as a toy camera effect, and built-in Wi-Fi 802.11b/g/n and Bluetooth 4.0. 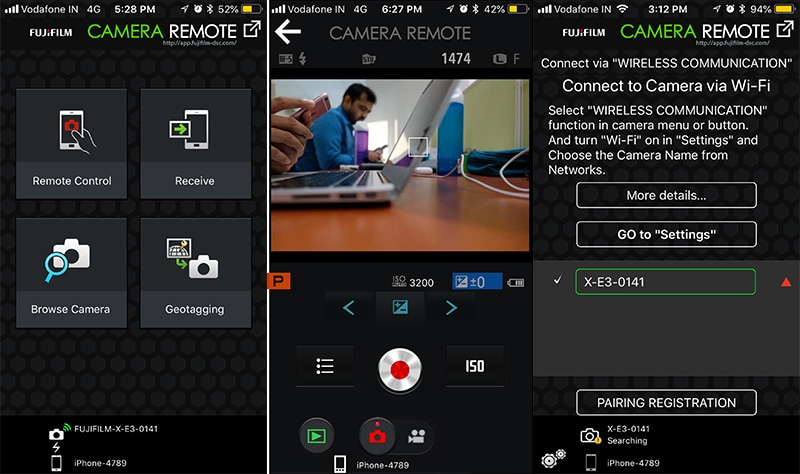 The Fujifilm Camera Remote app isn’t the most visually appealing, and it takes some figuring out. Surprisingly, the Android version looks a little better than the iOS one. Since the camera supports Bluetooth Low Energy, the X-E3 can maintain an always-on connection with your phone and automatically transfer images to it as they are shot. You can also do other things such as remote shooting, tag the photos you shoot with your phone’s GPS location, and browse and transfer individual photos. Our main issue with the app is that if you’re done with, say, using remote shooting and go to the home screen, it breaks the Wi-Fi connection.

In our ISO performance test, the X-E3 did an excellent job at handling noise even at the highest native ISO. Details took a slight dip after ISO 3,200 but were still well within bounds. We tested this using the 35mm prime lens. 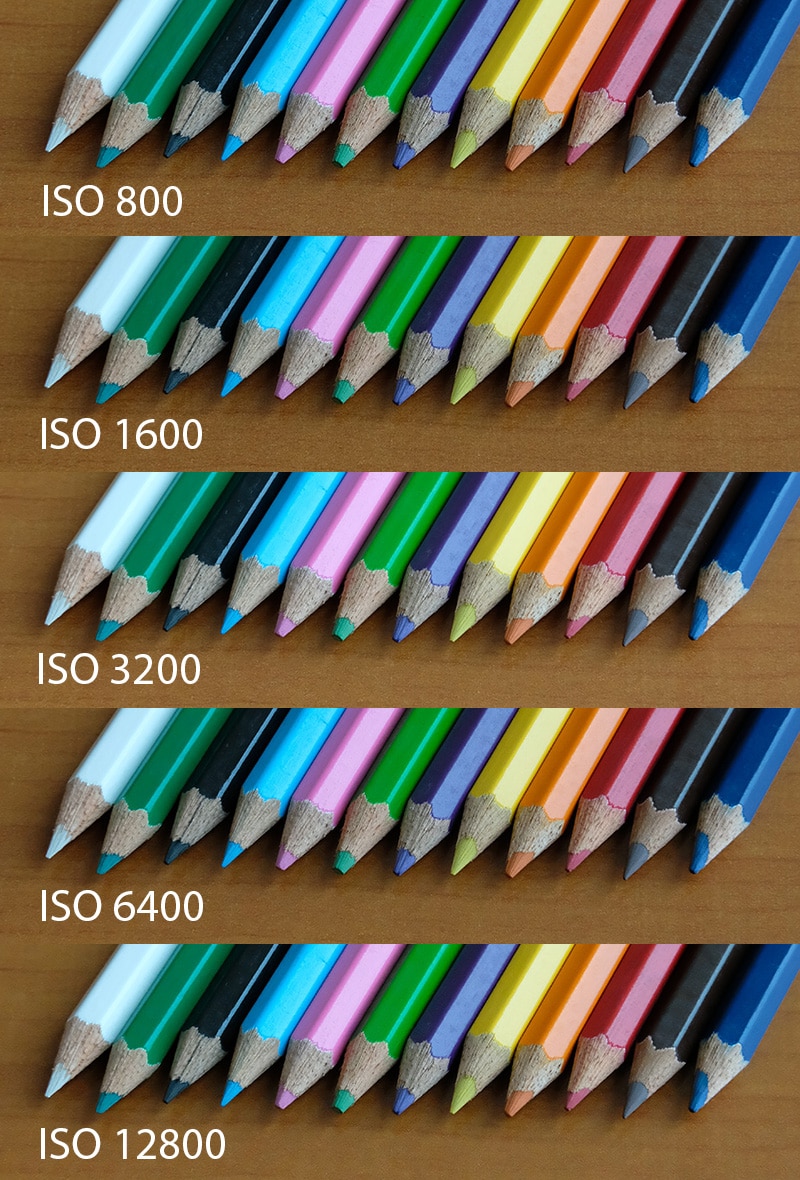 Most of our real-world test shots were taken with the 18-55mm kit lens. It’s fairly versatile for street photography and has a decently wide f/2.8 aperture at the wide end and f/4 aperture at the telephoto end. There’s a switch for enabling or disabling stabilisation, and another switch for manually setting the aperture.

Unlike most mirrorless cameras, the Fujifilm X-E3 lacks a mode dial for switching between different shooting modes (eg. PASM). Instead, the position of the aperture and shutter dials dictate the modes. For instance, when the shutter dial is set to a particular value and the aperture ring is set to Auto, the camera switches to ’S’ or shutter-priority mode. If both are set to auto, then you’re in ‘P’ mode. You can get used to this after a while, but it’s still not as quick as being able to use a single dial to switch between modes.

Other drive modes can be accessed via the ‘Drive’ button on the back. You can switch to burst shooting, any of the bracketing modes or filters, panorama mode, or video mode. The Q button gives you shortcuts to controls for the ISO, white balance, aspect ratio, etc, but we wish that this didn’t take us away from the main viewfinder screen. For instance, when changing the white balance, you can’t see a preview in realtime. You have to go back to the viewfinder to check the effect, which isn’t ideal. 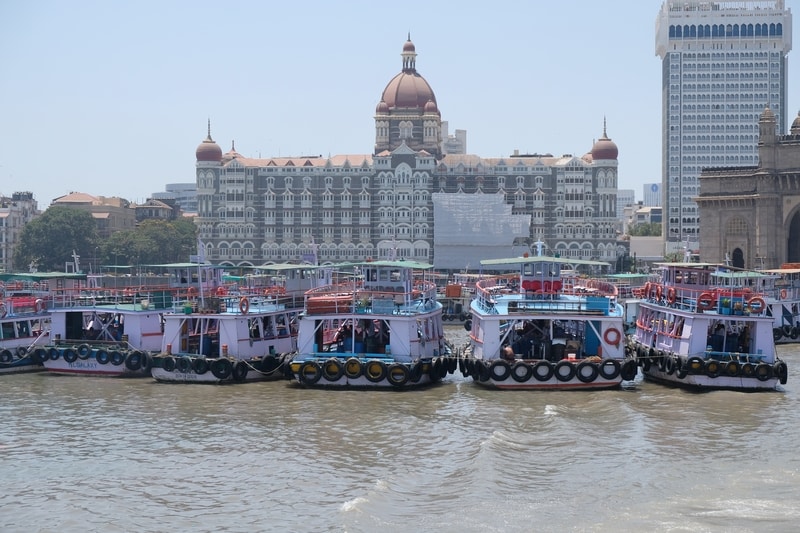 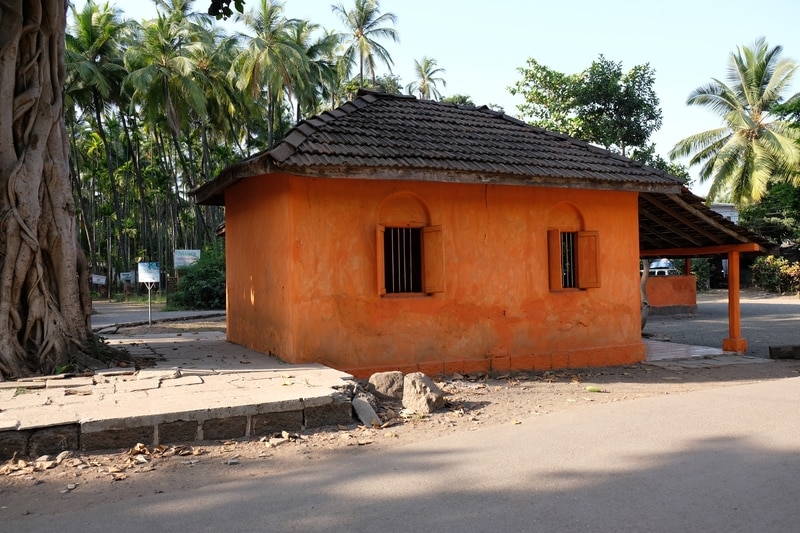 The X-E3 produces some really sharp and punchy images under good lighting. Even with the kit lens, we managed to get highly detailed landscapes with no visible artefacts and no barrel distortion. We noticed some mild chromatic aberration when shooting against the light, but it’s very minor and you really have to go looking for it in order to notice it. Under strong sunlight, the camera handles exposure well, although reds tend to look a little oversaturated. Focusing is quick and the camera handles tracking decently too, but at times, we found our subjects to be slightly out of focus in some burst shots.

Face detection only works when shooting stills. You can enable Eye AF if you’re in AF-S mode (it doesn’t work in AF-C mode) and you can even choose to prioritise either the left or the right eye. In reality, we didn’t find this to work very accurately all the time. Quite often, the camera would take some time trying to find our subjects’ eyes, and even when it did, the marker in the viewfinder wouldn’t be locked exactly on them.

It also takes a while to switch between the LCD and the viewfinder. Under harsh sunlight, the EVF is your best bet when it comes to framing, as the display tends to wash out a bit. However, the delay in switching to the EVF can mean missing the shot you intended to take. This happened to us a couple of times, and was quite frustrating. We missed the ability to tilt the display, which would have made it easier to capture shots at awkward angles. 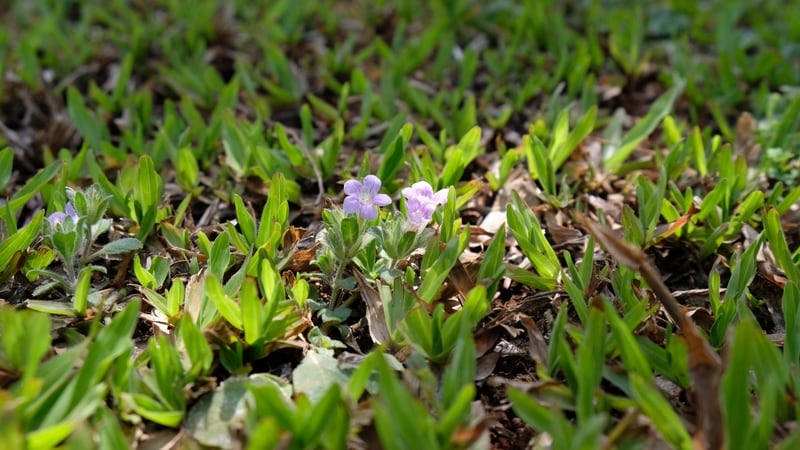 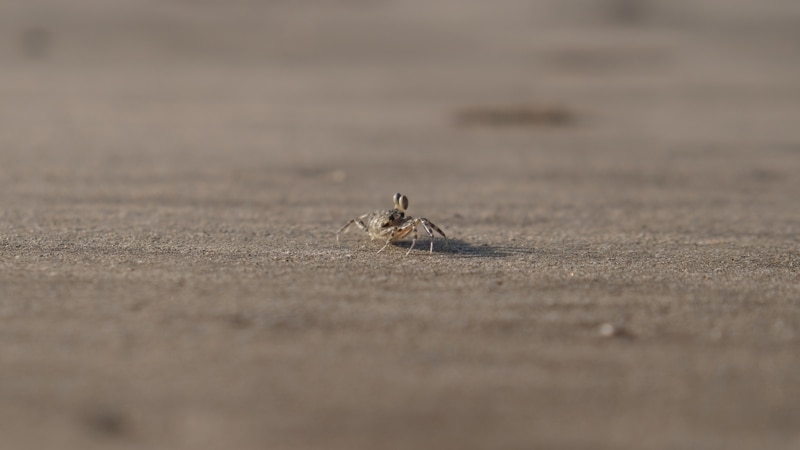 Macros are handled beautifully. Once again, the kit lens proves its versatility in managing very good detail and sharpness. Take for instance the image of the tiny crab (above), which is actually the size of a fingernail. You also get very good bokeh, smoothly blurring between the subject and the background even when you zoom in all the way. The X-E3 handles panorama shots well too, with accurate stitching. The various filters are fun to play with and some of the effects, such as the toy camera one, make for some interesting shots. 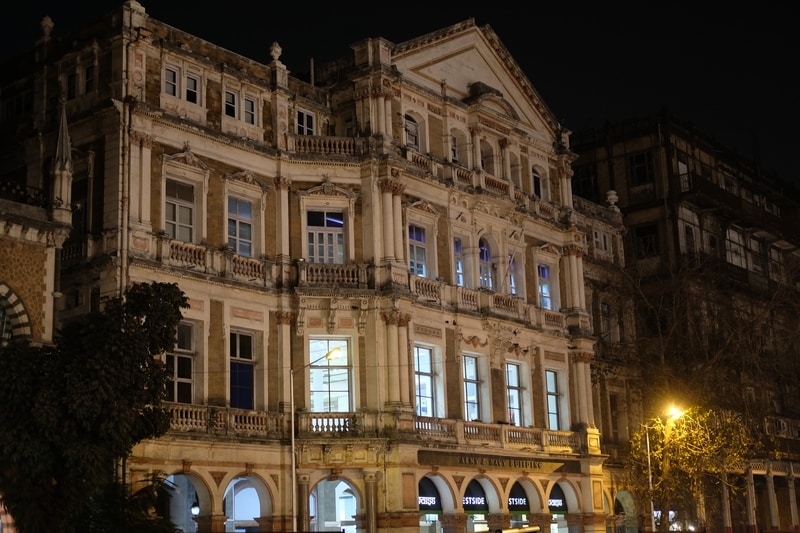 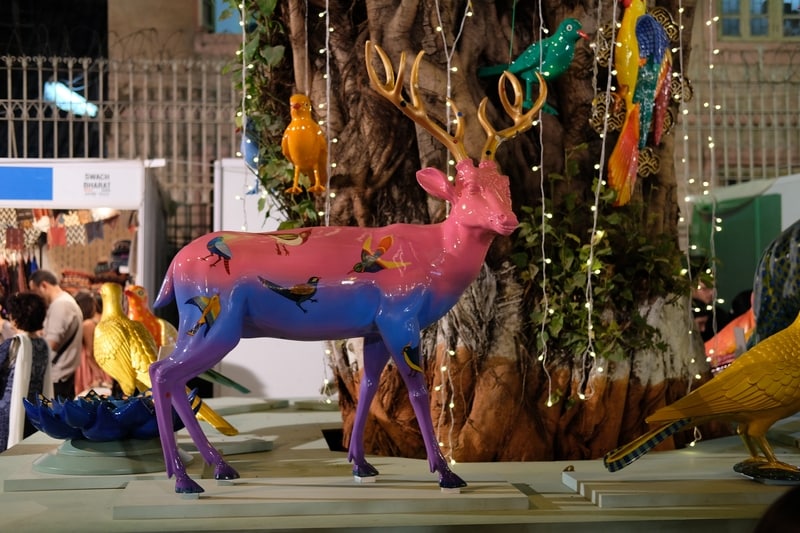 In low light, the X-E3 exhibits good dynamic range, and thanks to the very good high ISO performance, there’s little to no visible noise in shots. Colours are well represented, and the details in close-up shots are also very good. We were pleased with the quality of 4K footage, both in daylight and in low light. All videos are recorded in MOV format and there’s no option to change the codec or container.

We found battery life to be very good too. On a single charge, we usually averaged about 650-700 shots, which is good for such a slim camera. Most of our time was spent using the main LCD. The standard power saving mode, which puts the camera to sleep after two minutes of inactivity, was enabled. The X-E3 can be charged by a power bank, but it needs to be off for this to work.

Verdict
The Fujifilm X-E3 is one of the better mirrorless cameras out there, and delivers good performance in a stylish body. It’s a little pricey in India, as the body alone retails for about Rs. 70,000. Once you add a lens, the price creeps up to a little over the Rs. 1 lakh mark. At around this price, you could find Fujifilm’s own X-T20, which offers similar specifications and performance. That model has a flip-out screen, but lacks the navigation joystick that the X-E3 has.

Sony also sells the slightly older A6300 for about Rs. 70,000 with a 16-50mm lens. With the Sony, you can expect better focus tracking for fast-moving subjects, a wider range of video options, and better burst shooting, compared to the X-E3.

Despite its minor shortcomings, the X-E3 is a very versatile mirrorless camera that’s sure to keep most users happy. If you’re looking for something different in terms of design, we recommend this camera, but it would be a stronger recommendation if the price was to drop a bit.

Yi Smart Dash Camera With a Wide-Angle Lens Launched in India, to Be Sold via Amazon

Canon has announced two new cameras — one DSLR and one mirrorless — with many ...