Fitbit Inspire and Fitbit Inspire HR are two of the company’s newest fitness bands in India. These activity trackers are slim and swim-proof, and are supported by Fitbit’s slick companion app that helps you track your fitness. The main difference between them is that the Inspire HR features continuous heart rate monitoring, and while both are swim-proof, only Inspire HR can track swimming workouts.

Despite their impressive sets of features, the Fitbit Inspire and Inspire HR face competition from a slew of affordable fitness bands that offer most of the same functionality but cost a lot less. However, pricing isn’t everything, and we have tested both the new products from Fitbit thoroughly to find out if they are worth buying.

The Fitbit Inspire and Inspire HR are more or less identical with the only major difference being the lack of a heart rate sensor on the Inspire. There is just the one button on each capsule, which serves as a Home button and lets you start or end workouts as well.

The devices have tiny touchscreens that are their best features. The backlit OLED display on the Inspire and Inspire HR is easy to read regardless of the lighting conditions. The colour of the fonts on the display depends on your choice of strap, so the purple variant of the Inspire HR, for example, uses purple text, whereas the black one will have white text.

Other than that issue, the Fitbit Inspire is very nicely designed and will go well with almost all kinds of attire for both men and women. You can purchase extra bands and swap them if you prefer a different colour.

The Fitbit Inspire and Inspire HR use a proprietary charger, which has become a recurring theme with all Fitbit products. Most Fitbit chargers work only with one or two of its own devices and at this point it’s just baffling that the company is unable to use a standard charger for similar types of devices. 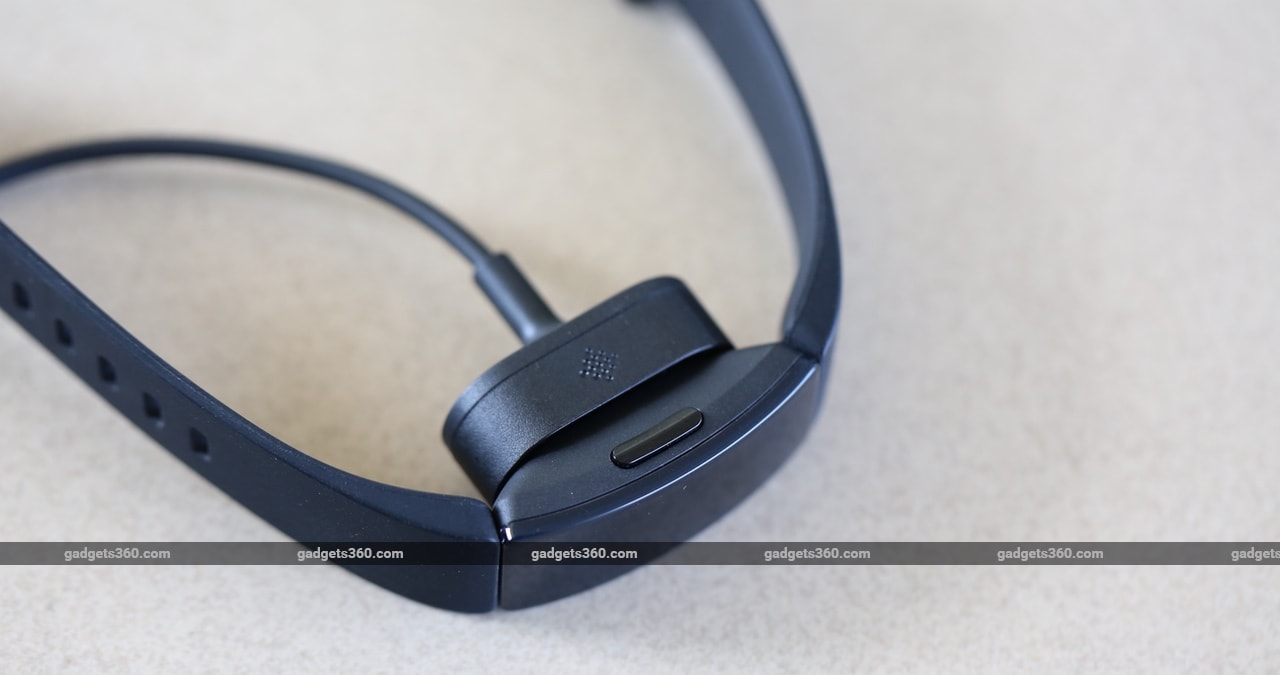 Fitbit Inspire and Inspire HR (above) use proprietary chargers

We ran the Fitbit Inspire and Inspire HR through our standard performance test for step tracking first. This involved walking 1,000 steps while counting them manually. The Fitbit Inspire recorded 966 steps during this test. This is definitely on the lower side of accuracy as the best of the products in this range will show a deviation of 1 percent (10 steps) at best. The Fitbit Inspire HR, on the other hand, logged 1,007 steps when we walked 1,000 steps. As far as step tracking goes, both devices performed very well.

The Fitbit Inspire and Inspire HR’s automatic workout detection is a very useful feature but it generated some false positives for us. Both bands managed to accurately log gym workouts when we didn’t trigger them manually, and the app showed us that we had exercised for around 80 minutes each time. However, we noticed that our commutes to and from work on a motorcycle or in a car were getting logged as “bike rides”. This was a bit disappointing. 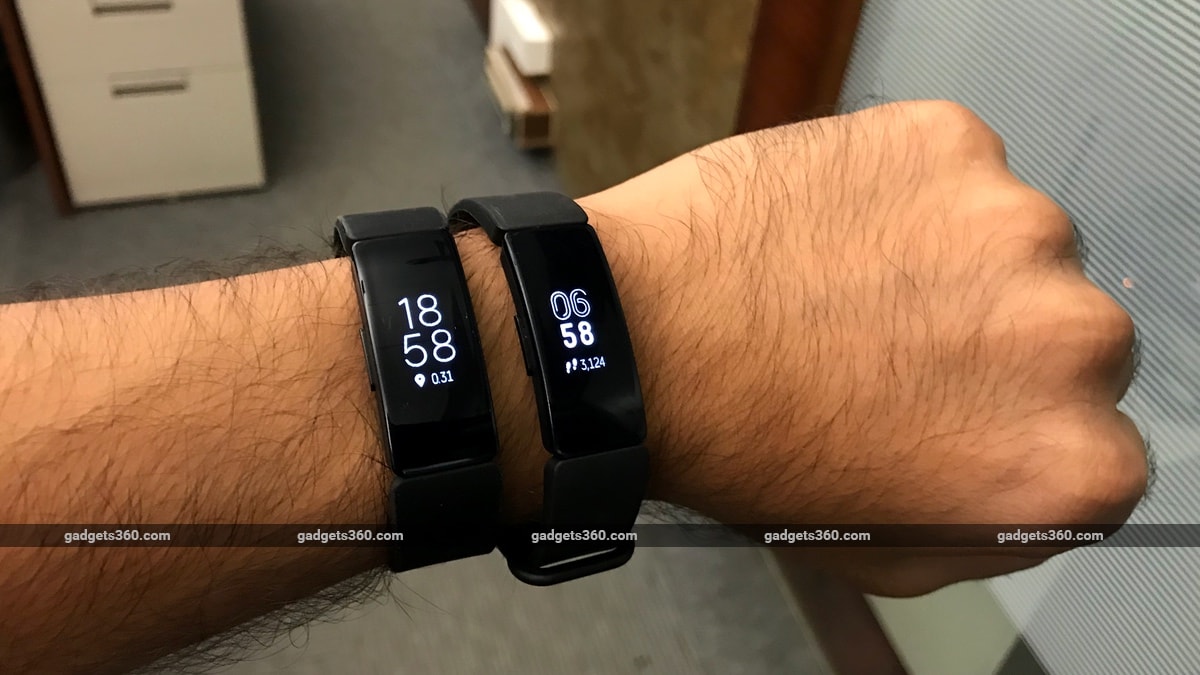 The devices don’t have in-built GPS, and they rely on your smartphone to track outdoor running and cycling workouts. The size and shape of the Fitbit Inspire and Inspire HR capsules might not have allowed for the addition of a GPS chip, but these fitness bands cost Rs. 6,999 and Rs. 8,999 respectively, and at these prices it becomes a bit difficult to forgive the lack of native GPS. Products such as the Amazfit Bip are available at a lower price in India and have in-built GPS.

As far as the software is concerned, the Fitbit companion app on Android and iOS deserves praise. It’s one of the best designed fitness apps around and its focus on making data easy to read is commendable. You can customise how the home screen of the app looks to remove data readings that you don’t need. For instance, we don’t care much about sleep tracking data, so we removed it from our home screen.

The Fitbit Inspire and Inspire HR did manage to accurately log our sleep though. Once, we woke up in the middle of the night and took a while to fall back asleep, and the data in the app reflected that accurately. 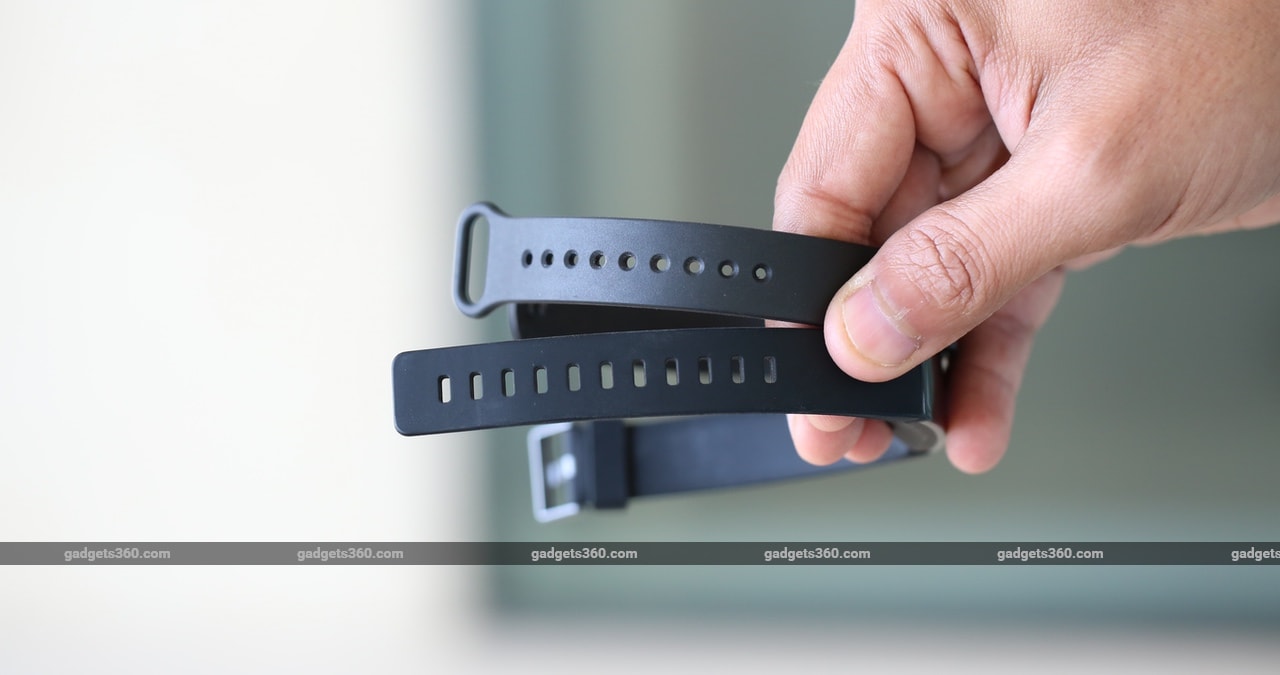 The Fitbit app also lets you log food and water intake manually. These are good features to have, but we found ourselves missing the ability to set reminders to drink water and to log our food intake. Perhaps the latter could get annoying, but a simple reminder to keep drinking water and logging it would definitely have been useful. The app also lets you change the watch face if you want to, but we found the default watch face to be just fine.

As for the devices themselves, the UI on the Fitbit Inspire and Inspire HR is a bit confusing. You can swipe in four directions and press the button to execute certain actions. However, we repeatedly found ourselves swiping the wrong way or pressing the button when it wasn’t needed while using the two devices.

You can swipe upwards to access exercise modes, the timer, and the settings. You can swipe towards the right to open these sections, and start logging workouts. Swiping downwards reveals data such as the steps taken, distance covered, etc. In a nice touch, the Fitbit Inspire and Inspire HR allow you to swipe right or left on the clock to show steps taken, calories burned, date, etc in small text below the time. This lets you quickly check this data without moving away from the clock on the home screen.

The app also lets you choose a different clock face for your Inspire or Inspire HR if you don’t like the default one, with a few basic options to choose from. 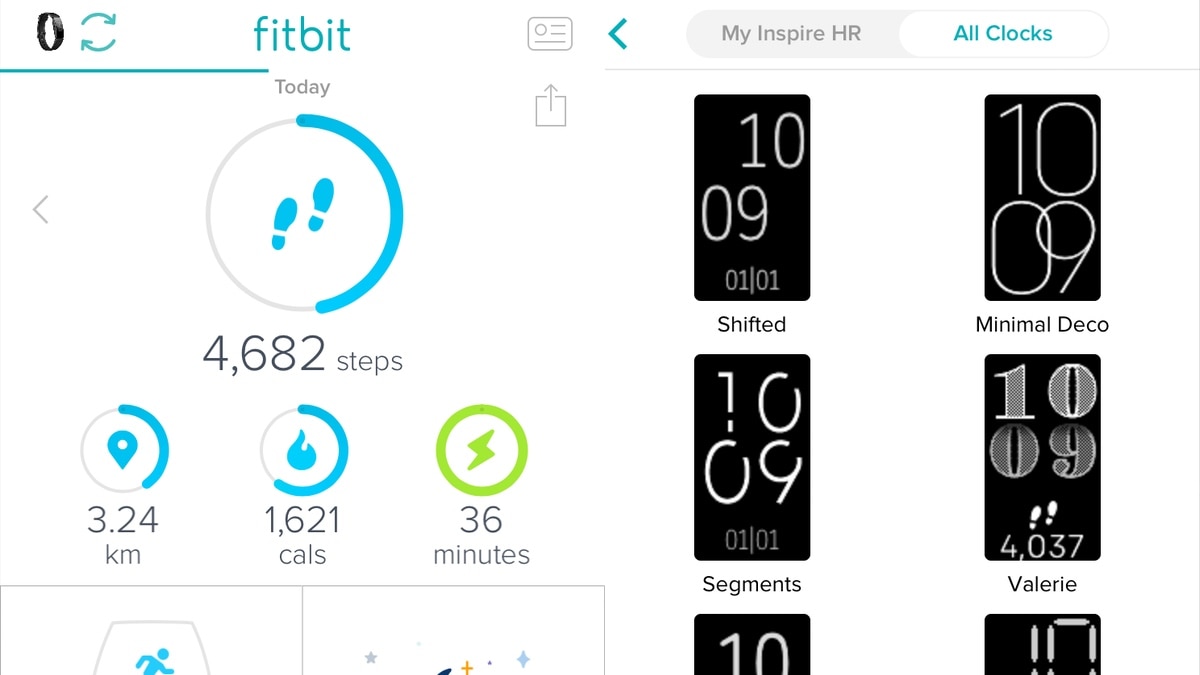 You can also receive notifications on the Fitbit Inspire. The Fitbit app on iOS and Android lets you decide exactly which apps you want notifications from, and that is a godsend. The two devices’ vibration motors are a bit too strong for our liking, though. While they made sure that we didn’t miss any notifications, they could get a bit annoying when we were getting multiple alerts in quick succession. Disabling notifications for apps that keep buzzing all the time helped us keep this under control.

We also noticed that the resting heart rate data reported on the app was accurate. It went from the low 70s to the mid-60s during a week when we were recovering from fever (it’s a well-known fact that your resting heart rate goes up when you’re unwell).

Verdict
The Fitbit Inspire and Inspire HR are fairly good fitness bands overall. Their tracking is quite accurate for steps and sleep, and the companion app is very well designed too. We’re pleased with the touchscreens on the Fitbit Inspire devices. They’re quite tiny, but are responsive and legible in all lighting conditions.

However, the prices of the Fitbit Inspire (Rs. 6,999) and Inspire HR (Rs. 8,999) are on the higher side. The Fitbit Inspire doesn’t have a heart rate sensor, which is a huge omission at that price. Unlike some other devices at this price point, the Fitbit duo lack in-built GPS, which makes them a lot less useful for those who don’t want to carry their phones with them while exercising. The battery life on the Inspire HR in particular wasn’t too impressive either.

We’d forgive most of these points if the devices’ prices been more reasonable. When you can buy products such as the Honor Band 4 and the Xiaomi Mi Band 3 for less than Rs. 3,000, it is hard to justify spending more than twice as much on the Fitbit Inspire and Inspire HR.