Since Sharp acquired Toshbia’s computer business and rebranded it as Dynabook a couple of years ago, the new company has slowly updated the laptop lines that made its predecessor a long-time fixture in business computing, from the Satellite Pro to the Portege. At CES 2020, it also re-introduced the Tecra family with a trio of midrange systems, but the company has just announced that it will be revamping the lineup with a pair of new models available starting next month.

The new 14-inch Tecra A40 and 15-inch A50 have been given a refresh both inside and out, though it appears that the old 13.3-inch Tecra A30 is not being given the same treatment. While the A40 weighs the same as its predecessor at 3.24 pounds, the new A50 sheds over a pound, going from 4.85 pounds to 3.64 pounds. Both get a literal new paint job, with the chassis moving from black to blue, and in this germ-conscious COVID-19 era, Dynabook includes an antimicrobial additive to the paint to resist bacteria growth.

Inside, the Tecras will be powered by the newest 11th-generation Intel Core processors, which include the chipmaker’s Iris Xe integrated graphics. While that’s a step up from the 10th-gen CPUs the A40 currently uses, it’s a big step up from the 8th-gen Core processors on which the A50 currently relies. The new versions can be equipped with up to 32GB of RAM and 1TB of solid-state storage, and Toshiba claims the updated Tecras can run over 10 hours between battery charges.

The new A40 will be available with a 14-inch display with either HD or full HD resolution and optional touchscreen capability, though Dynabook has not provided the A50 display specs beyond it being a 15-inch screen. Connectivity includes a pair of Thunderbolt 4 USB-C ports, an additional two USB-A 3.2 ports, HDMI output, microSD card slot, and 802.11ax (Wi-Fi 6) wireless networking. Security features include Trusted Platform Module (TPM) 2.0 and enterprise-grade encryption, along with the option for Microsoft’s Hello fingerprint reader and face authentication, while the systems are physically protected according to MIL-STD-810H durability standards for drop, shock, and vibration resistance as well as protection from unsavory temperature and humidity conditions.

While Dynabook is disclosing that the new Tecra A40 and A50 will be available beginning in July, it has not divulged any pricing details. We can guess a ballpark range from the current models, however, as the A40’s base pricing begins at $940 and the A50 starts at $920.

Previous Nintendo teases 2022 release for Breath of the Wild sequel and releases Zelda Game & Watch to tide us over – TechCrunch
Next Loki Episode 2 Recap: Say Hello to the Other Loki 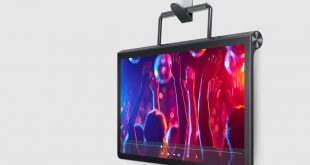 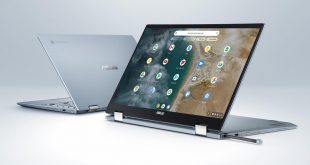 Asus Chromebook Flip CX5 Although Chromebooks were originally designed to be inexpensive laptops that were ...