Prior to the iPhone 12 announcement, Apple’s MagSafe technology was reserved for older MacBook computers. However, the entire iPhone 12 lineup brought the rebirth of MagSafe, not only as a means to charge the mobile devices, but as an accessory platform that opens the doors for many different use cases.

A series of magnets located on the back of the iPhone 12 will help line up a MagSafe wireless charger, ensuring you never wake up again to a dead battery because you didn’t precisely line up your phone on a Qi charging pad. Or you can get a wallet that attaches to the back of your phone, heck, even PopSocket is getting involved by creating its own MagSafe compatible accessories.

Right now, there aren’t many official MagSafe accessories, certified to work with Apple’s latest phones, but I’ve been testing a handful of them and found the tech not only to be useful, but downright cool. Below are some of the MagSafe accessories I’ve used.


You’re going to need one of these

Apple’s MagSafe connectors all require a 20W USB-C wall adapter in order to charge at the maximum speeds. It’s confusing because the 20W adapter looks just like the 19W adapter Apple included with the iPhone 11 unless you look at the label on the plug itself. The 20W adapter will have “20W” in a square next to the prongs. To be clear, the 19W adapter will work with the MagSafe charger, but charging will be slightly slower. If you’re using MagSafe to charge overnight, it’s a non-issue.


It’s a magnetic disk that charges your phone

This seemingly simple disk was the first Apple MagSafe accessory designed for charging your iPhone 12. On one end is the new MagSafe connector, with a USB-C connector on the other end. The disk connects to the back of your phone, holding itself in place and ensuring proper alignment. There’s a lot of tech packed into the MagSafe Charger but you wouldn’t know by looking at it. And that’s a good thing.


A line about why it makes a good gift

The MagSafe Duo is your one-stop charging station made by Apple. It’s no AirPower, but that’s alright. On one side is a MagSafe connector that can charge your iPhone 12, and on the other side is an Apple Watch charging connector that lays flat or folds out so you can place your watch on its side as it charges.

It folds in half to make it easy to take with you when traveling and has a lone USB-C port on the back that can power both charging connectors. Just make sure you use a 20W or higher power adapter with it. Also of note, for some reason, the Duo doesn’t work with Apple’s 29W charging adapter.

I’ve been testing the Duo for a few days now and rather like it. The only complaint I have so far is that I have to push down on the Duo when picking up my iPhone because the magnetic connection strong enough that it lifts the Duo off of my nightstand.


Charge all your Apple goodies in one spot

Belkin just announced a 2-in-1 MagSafe charging station that will launch later this year, but that’s not the company’s first MagSafe charging product. The 3-in-1 MagSafe station will charge your iPhone 12 and Apple Watch, and it has a place for your AirPods at the base. It comes in black or white and includes its own power adapter so you don’t have to worry about which adapter you have and if it’s compatible.


For the road warrior

Belkin’s MagSafe Car Mount doesn’t charge your phone while in use, but it does show just how strong the magnets are and the promising potential of just what can be done. I’ve been testing this for over a month now, and like it. I have yet to have my phone fall off the mount when going over bumps. My lone complaint is that when my iPhone 12 Pro is on the mount, the combination of the two devices is heavy enough that it points the air vents down, no matter what I try.

If you’re looking for a car mount that holds your phone in place without any clamps, and you have a MagSafe compatible case, you can’t go wrong with Belkin’s offering.


Get rid of a bulky wallet

I fully expected to find this a waste of $60, but I don’t think I want ever to go back to a “normal” wallet again. I have always been a fan of wallets that hold up to, maybe, five cards max, so shifting down to three cards total was a slight adjustment, but I’m making it work. It doesn’t stick to the iPhone as much as I would hope, but at the same time, it doesn’t need to. I connect it to my phone when I’m gathering my stuff to leave the house, and know that as long as I have my phone, I have my wallet — something I constantly lost before.

There are, of course, many more MagSafe accessories you can buy, including cases from Otterbox or Apple. I’ll keep adding to this list as I test more accessories. 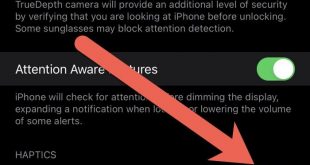 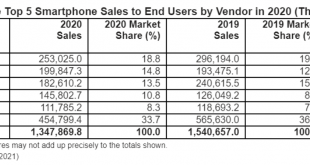 Smartphones: After stagnation, then decline, here’s what comes next 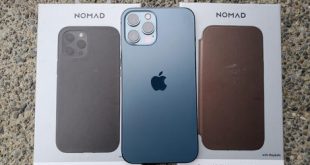 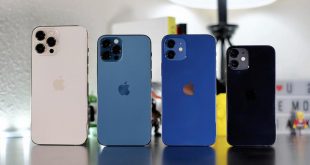 iPhone 12 or iPhone 11: Which iPhone should you buy?