One of the questions I’m asked most often by readers is: Why do VPNs have to be so expensive? Many of these folks say they loath to add yet another fee to their monthly bills or that they are operating on a limited budget.

Must read: The best free VPNs: Why they don’t exist

Many have read my advice about staying away from free VPNs because it’s unclear how those vendors make their money or even whether or not your data is being mined as it’s transiting across the free VPN providers’ networks.

So, they understand it’s better when VPN vendors make their money from their customers rather than from shadowy marketing or even criminal enterprises. That said, some of my readers have asked me whether there are cheap VPN providers we can recommend.

Yes, with some caveats. First, what is “cheap?” For some folks, cheap might be under $10 per month. While for others, cheap is under a buck. Since I didn’t find any VPN deals for less than a dollar a month, I’m arbitrarily defining “cheap” as less than $2 per month.

At that price point, we’re entering something of uncharted space. I’m going to “recommend” 4 services that are all between $1 and $2 a month. The gotcha is that I haven’t tested any of these services, and I haven’t found much in the way of in-depth reviews other than listings in “best of” lists. So, you pays your money and you takes your chance.

With that caution out of the way, let’s take a little walk on the wild side.

Let’s kick this off with VyprVPN (there’s no “e” in Vypr). VyprVPN is a service of Golden Frog, a company founded by serial Internet founders Ron and Carolyn Yokubaitis. Golden Frog is incorporated in Switzerland.

Of the super-cheap VPNs we’re including in this article, VyprVPN is the one with the most flexibility for business customers. The company offers a full SDK to integrate VyprVPN into other, third-party proprietary solutions.

One such customer of that SDK is QNAP, one of the NAS vendors we reviewed particularly positively. We found this quote from Y.T. Lee, Vice President QNAP, particularly relevant because it speaks to the performance of the VyprVPN network.

“We selected VyprVPN due to the performance and speed of their network. Golden Frog has invested in its back-end infrastructure and is the only personal VPN provider that manages its entire infrastructure without third parties. They have an outstanding software development team who creates intuitive applications, and we couldn’t be more excited to offer VyprVPN to our customers.”

Our next contender is LimeVPN, and… I’m not entirely sure about these folks. They claim a $1 per monthnth service on their home page, which would make them the least expensive on this list. But when you click the ‘Join Now’ button, that offer is nowhere to be found. It turns out you first have to hit the ‘Join Now’ button, see the more expensive offering, click into that offering, and then sign up for the 2-year plan. Whew. Way to promote your best plan, LimeVPN!

On the plus side, the company says it uses 256-bit encryption with a 2048-bit key (over the usual VPN protocols). Interestingly, the company also states, “No 3rd parties – Our own VPN servers, our DNS, our code, our engineers.” It could be interesting if they control their own servers, even if they only operate in eight countries.

Also, the service doesn’t come with any of the usual VPN apps. The service does have a hefty help library, but you’ll need to find and configure your own VPN programs to use LimeVPN. So, there’s that.

Atlas VPN is the second least expensive VPN service we found. That said, we were kind of (happily) surprised that the company has enlisted the services of an outside company to perform a security audit. That’s good practice.

Compared to higher-priced VPN providers, the number of locations offered by Atlas VPN is pretty small. The company operates about 500 servers, compared to the tens of thousands of servers operated by its more expensive competitors.

We did like that the company uses a warrant canary, which helps you know whether or not the company has been asked to cooperate with government investigations. Atlas VPN is a service of Peakstart Technologies Inc, a US company registered in Delaware.

*Keep in mind that “unlimited” is never unlimited. If you push their system or otherwise impact service performance, you’re likely to be limited

According to its ‘About Page’, ZenMate is a German company founded by Simon Specka and his buddy Markus. The company was incubated in the Axel Springer Plug and Play Accelerator and looks to have some German venture capital funding.

In terms of the client experience, the service offers simple one-click apps that are clean and well-designed. Additionally, there are installation guides for using ZenMate with smart TVs, routers, and gaming platforms.

I do have some concerns due to an expose posted by my CNET colleague Rae Hodge. In it, she points out that ZenMate was purchased in 2018 by notorious scareware provider Kape Technologies. The company claims it’s given up its evil ways, but before installing ZenMate on your systems, I recommend you read Rae’s article.

*Same caution as above. “Unlimited” is never truly unlimited.

So there you go. Four VPNs that cost less than $2 per month when you buy 2 or 3 years at once. If you have room in your budget or you want to learn more about the benefits of VPN, see my complete guide:  Best VPN 2021: Top VPNs reviewed and compared.

If I have a VPN to my office, do I need a VPN service?

Should I use a VPN on my phone or tablet?

If it’s your data and you want it to be secure, yes. The same choices are valid regardless of what kind of device you use to transmit and receive data over the Internet.

Does a VPN slow down your connection?

Let’s be clear: Using a VPN does add a bit of a load on your computer and can often slow down your connection. That’s because your data is encrypted, decrypted, and sent through intermediate servers. Game responsiveness might suffer. If you’re a first-person shooter player, you might have enough lag to lose the shot. That said, both computers and VPNs have gotten much faster. When I first used a VPN, every… thing…slowed… down… to… an… unbearable… c-r-a-w-l.

But now, the negative impact is almost unnoticeable, and at least one service we spotlight below (Hotspot Shield) actually increased performance, making it one of the fastest VPNs we’ve seen.

Also, most (but not all!) of the VPN providers we spotlight limit the number of devices you can connect simultaneously, so you may have to pick and choose which home devices connect.

We’re spotlighting paid services in this article, although some of them offer a free tier. I generally don’t recommend free VPN services because I don’t consider them secure. Think about this: Running a good VPN service requires hundreds of servers worldwide and a ton of networking resources. It’s boo-coo expensive. If you’re not paying to support that infrastructure, who is? Probably advertisers or data miners. If you use a free service, your data or your eyeballs will probably be sold, and that’s never a good thing. After all, you’re using a VPN, so your data remains secure. You wouldn’t want to have all that data go to some company to sift through — it completely defeats the purpose.

Now, before you choose a VPN service, free or paid, I want to make it clear that no one tool can guarantee your privacy. First, anything can be hacked. But more to the point, a VPN protects your data from your computer to the VPN service. It doesn’t protect what you put on servers. It doesn’t protect your data from the VPN provider’s VPN servers to whatever site or cloud-based application you’re using. It doesn’t give you good passwords or multifactor authentication. Privacy and security require you to be diligent throughout your digital journey, and VPNs, while quite helpful, are not a miracle cure.

Previous Instagram is developing its own version of Twitter’s Super Follow with ‘Exclusive Stories’ – TechCrunch
Next Lenovo unveils five new Android tablets, including Yoga Tab 11 and 13 with hangable kickstands 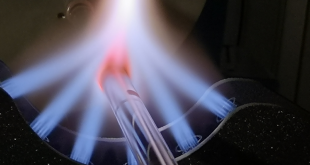 Ransomware groups have shown no signs of slowing down their assault on hospitals, seemingly ramping ...