Figures from the Australian Communications and Media Authority (ACMA) have showed a spike in complaints about fixed broadband services not owned by National Broadband Network (NBN) for the three months to the end of 2018.

The most complained about service type remained NBN voice-only services with 490 complaints, however this was a 39% drop from the September quarter. NBN broadband was steady, recording 201 complaints per 10,000 services in September, and 199 in December.

Mobile services, which are easily the most used service type in Australia, saw a 14% increase in complaints from 51 to 58.

At the end of 2018, over 30 million mobile services were in operation, followed by 4.85 million NBN broadband users, 3.87 million non-NBN fixed line voice customers, 2.1 million non-NBN fixed broadband services, 276,000 NBN voice-only services, and 248,000 services that are classed as other, which includes dial-up internet, and email and website hosting account complaints.

For users on the NBN, the access technology that received the most complaints was fibre-to-the-curb at 547 complaints, down by one-third; followed by fibre-to-the-building on 246, down 3%; hybrid fibre-coaxial meanwhile saw a 10% increase to 216 complaints per 10,000 services; fixed wireless dropped 3% to 185; and fibre-to-the-premises saw a 4% increase in complaints to 141.

Satellite users on the NBN, the access technology with the fewest complaints, saw a massive 185% jump from 20 complaints per 10,000 services to 57.

“The data shows that the higher rate of complaints about FTTC connections in the September 2018 and December 2018 quarters was attributable to only a few of the 30 reporting providers,” ACMA said.

“In addition, the first FTTC connections were completed just prior to the first reporting period, in March 2018. At the end of the December 2018 quarter, FTTC accounted for 1.5 per cent of SIOs delivered over the NBN. It may be inferred that the relative newness of this technology contributed to the high rate of complaints.”

The report was the first installment from ACMA that is based on complaints made by customers to their telco providers.

“This report builds a clearer picture of complaints across the industry and provides a baseline for future trends. This will help Australia’s telcos to further focus on improving the customer experience.”

ACMA chair Nerida O’Loughlin said the authority would look at the data to decide if action is needed.

“The high level of complaints reported for voice-only services delivered by telcos over the NBN is of real concern as they are critical to the most vulnerable in our community,” O’Loughlin said.

“The ACMA will be taking a close interest in efforts by telcos to deal with the cause of these complaints.”

A quarterly complaints report from Comms Alliance and the TIO has found that complaints jumped across Optus and Telstra, and rose slightly for Vodafone during the first three months of the year.

Overall complaints to the Telecommunications Industry Ombudsman are back to 2016 numbers, sitting at 61,000 made between July 1 and December 31, 2018.

If you cannot hit 100Mbps speeds, it could be your modem’s awful 2.4GHz Wi-Fi.

Three quarters of AU$6.7 million on offer to 390,000 customers still available for claiming. 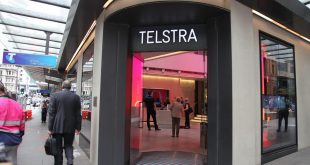 Image: Chris Duckett/ZDNet What a decade of useless and wasteful argument that was. After years ...