Breaking News
Home / Networking / Are you a heavy phone hotspot user? Get this mobile hotspot router instead

No matter whether you use an Android smartphone or an iPhone, chances are that it has a built-in hotspot feature that allows you to share your internet connection with other devices.

It’s a great feature, but if this is something that you’re using a lot, then what you really need is a dedicated mobile hotspot router.

Also: How to convert your home’s old TV cable into powerful Ethernet lines

I’ve been using Netgear mobile hotspot routers for many years, and they’ve become a part of the gear I carry when I’m out and about.

I’ve just received the new Nighthawk M6 Pro for testing, and I’ve been putting it through its paces, and it’s the best mobile hotspot router I’ve used.

Note that in the US the Nighthawk M6 Pro is currently an AT&T exclusive, but if you want an unlocked version, then you can get the slightly lower-specced Nighthawk M6, which is still a fantastic mobile hotspot router.

So why do I use a mobile hotspot router when I have a smartphone with a hotspot with me 24/7/365?

It’s because the mobile hotspot routers such as the Nighthawk M6 Pro are packed with cool features and are a lot more versatile.

First off, my phone is used for a lot of different things throughout the day, and I don’t necessarily want it tied up supplying internet to devices all the time. It’s inconvenient, and it also hits the battery hard.

Also: How to find out if an AirTag is tracking you

A mobile hotspot router has one job – deliver internet to devices.

The Nighthawk M6 and M6 Pro can use available 5G & 4G LTE networks to fill up to 2,000 sq. ft. of space with high-speed Wi-Fi for up to 13 hours using the built-in battery, giving up to 32 devices access to the internet.

13 hours not enough? Connect it to an available USB power adapter or power bank.

Mobile hotspot routers also help you control your internet usage, something that’s vitally important if you don’t have an unlimited data plan on your smartphone. I’ve heard horror stories of people using their smartphone’s hotspot feature to burn through all their data in a few hours and racking up massive over usage bills.

Want to connect an Ethernet device to the internet? No problem! These mobile hotspot routers have built-in Ethernet ports.

Also: How to set up a VPN on your router

I’m also impressed how good the Nighthawk M6 and M6 Pro pro are at capturing cellular signals. In tests I’ve carried out these mobile routers get a better, stronger signal than my iPhone 14 Pro Max, making them a great choice in areas where signal is weak.

Cellular signal not good enough where you are? You can attach an external antenna to the TS-9 ports on the mobile router.

Need to still be connected to the internet if your main home or office internet goes down? It’s simple with a mobile hotspot routers like the Nighthawk M6 or the M6 Pro because you can connect it to your network, and have it switch over to cellular if your main internet connection goes down.

Need to set up wireless internet connection on a campsite, building site, an emergency scene, or in your car or RV? It’s quick and easy with a mobile hotspot router.

Sharing your internet connection with devices is also a snap — the built-in display gives easy access to the network names and passwords. You can even get a handy QR code that just needs scanning with a smartphone’s camera to get online.

Also: How to easily scan a QR code in Android 13

Want to change your Wi-Fi passwords or network name? It’s easy with a mobile hotspot router. The Netgear routers allow you to do this on the device, using an app on your smartphone, or by connecting to the web portal.

Good mobile hotspot routers are not cheap — the Nighthawk M6 is itself the price of a decent smartphone — but nothing beats them when you need to create for yourself (and family, friends, or coworkers) a bubble of internet wherever you happen to be.

Once you use one, you’ll find it hard — if not impossible — to go back to using your smartphone’s hotspot feature.

Previous C++ programming language and safety: Here’s where it goes next
Next How to stop spam texts on your iPhone in 3 easy steps 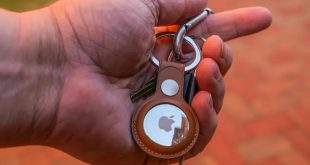 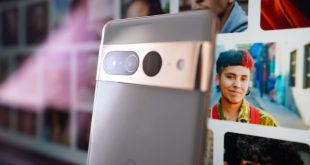 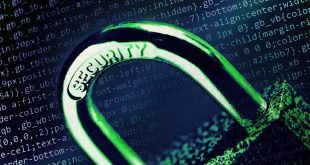 isak55 — Shutterstock Just what every Linux system administrator wants just before the holidays: A ...