Say goodbye to the trash can. Apple’s new Mac Pro is a more traditional machine that takes into account the specific needs of creative professionals, while enabling a layer of modular interactivity with other Apple devices that could totally change the way they work.

Looking so like a stainless steel cheese grater that it’s hard to imagine the likeness is not intentional, the new Mac Pro is designed to be highly modular and accessible for repairs and replacements.

It’s powered by an Intel Xeon processor of the latest generation with up to 28 cores, generously powered and cooled; this is paired with a Radon Pro 580X or Vega II (we’ll see how people think about the choice of AMD over Nvidia); with 12 DIMM slots that could conceivably hold up to 1.5 terabytes of RAM, that’s unlikely to be a bottleneck any more. But at the prices Apple charges, you’ll need to open a few new lines of credit for the privilege.

It’s full of PCI express slots: 4 double-wide, for expansion cards, 4 normal-width for smaller stuff, and one dedicated to an I/O shield with Thunderbolt, USB-A style connectors, and a 3.5mm audio jack. At least the company admits here that these interfaces are necessary for professionals!

It’s powered with a massive 1.4 kilowatt power supply — that’s three times what my desktop pulls — and cooled by a trio of huge, quiet fans on the front and a bunch of heatsinks (no word on fluid cooling).

The machine is meant to handle huge workflows — hundreds of instruments in Logic, multiple 8K and 4K streams for video editing and effects work. The crowd lost it when one demo showed a thousand audio tracks being played at once, using 56 threads — and not even stressing the CPU. 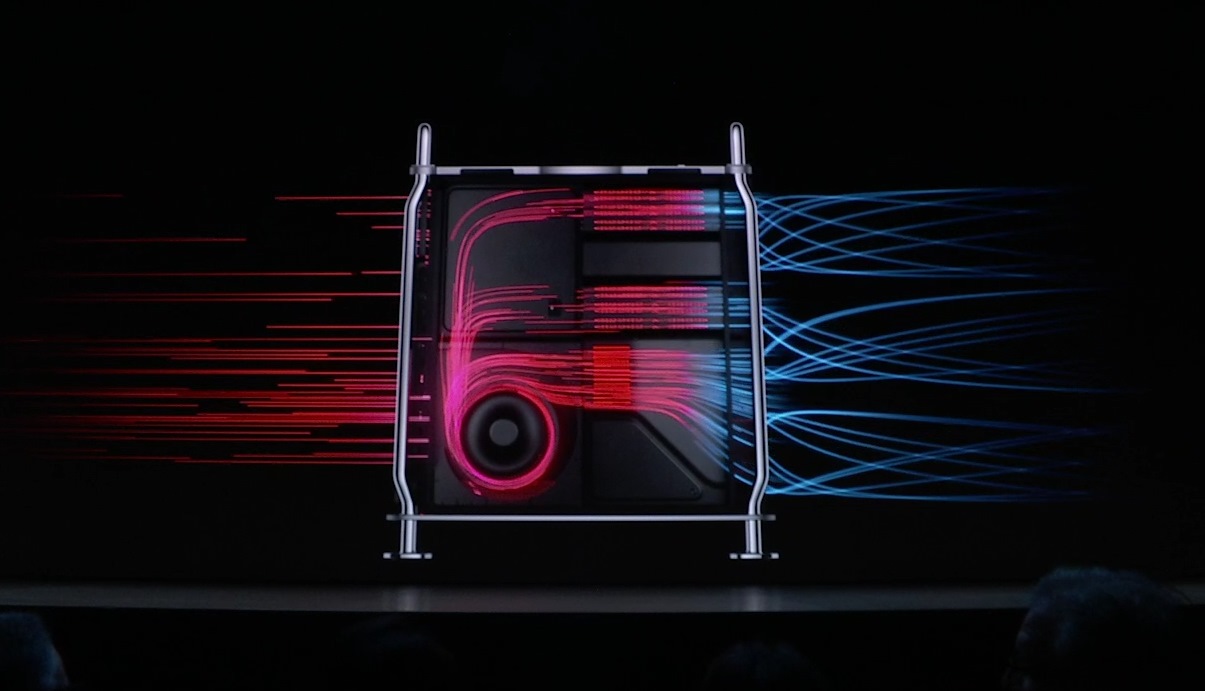 This is a far cry from the Mac Pros introduced in 2013; The futuristic design wowed on stage, but it soon became clear that function had followed form and these “pro” machines were less than practical. The unique design proved hard to adapt to the new, GPU-centric computing paradigm, and couldn’t provide the flexibility an ordinary tower does for users seeking unusual configurations.

As seems to be increasingly common at Apple, a bold design led to compromises elsewhere, and with the Mac Pro it took four years for them to admit the trash can was a dead end and announce that, after a final update, the cylindrical PC would be scrapped.

A year later the company explained that it was taking a workflow-centric approach to designing the new Mac Pro.

We’ve brought in some pretty incredible talent, really masters of their craft. And so they’re now sitting and building out workflows internally with real content and really looking for what are the bottlenecks. What are the pain points. How can we improve things. And then we take this information where we find it and we go into our architecture team and our performance architects and really drill down and figure out where is the bottleneck. Is it the OS, is it in the drivers, is it in the application, is it in the silicon, and then run it to ground to get it fixed.

Apparently they also checked in with industrial designers from OXO or something. It’s uncanny how much this thing looks like a cheese grater. 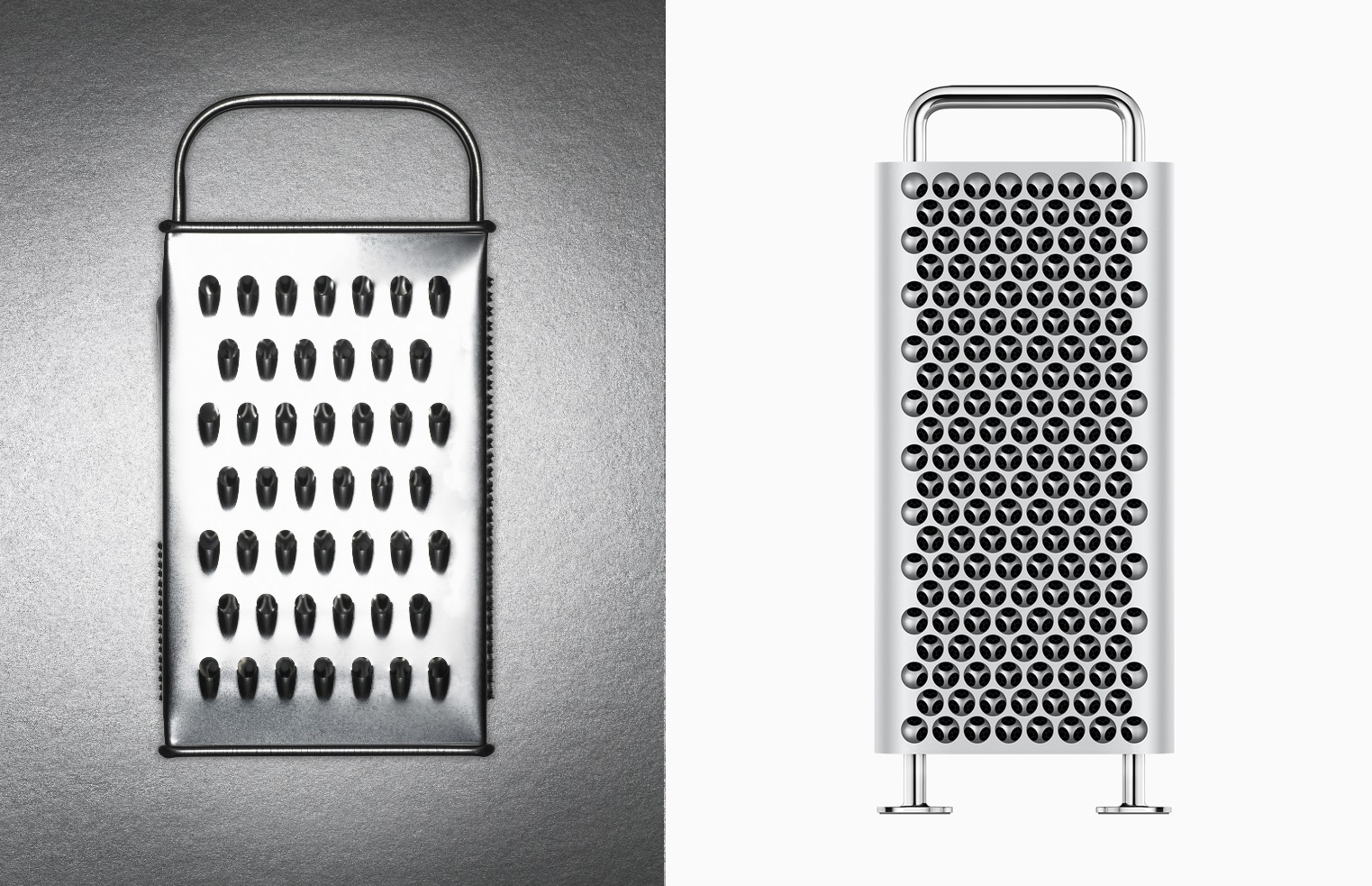 Of course, this isn’t the first time the Pro has looked like that; A well-liked previous iteration had a grater-esque style, but this new one takes things much further. There are of course some thermal benefits to having a perforated case, but surely there are other ways to accomplish that.

As we saw last year, however, the idea is to use the core Mac Pro as the brains and then customize the interface however you like. Thunderbolt connections can be used to connect other devices and monitors pretty seamlessly, so you can use an iPad to control the Final Cut instance or just use it as your preview window. The hardware was designed with this in mind but we’ll have to see how people actually use it — Apple wasn’t very proscriptive about these options.

The Mac Pro starts at a wallet-destroying $5,999, and you better believe that price will go up in a hurry as you upgrade components — which you’ll need to, since the base configuration is woefully underpowered for that price. Here’s hoping it’s as friendly to aftermarket improvements as the company says. Lidar companies across the planet are going SPAC, but Baraja isn’t in a hurry to ...