A longstanding Apple software subsidiary on Tuesday said it is changing its name and has made an acquisition.

The unit known as FileMaker, whose tools help business users make custom apps without having to write as much computer code as a from-scratch app, will now be called Claris International. Claris has been an Apple subsidiary since the 1980s.

“Low-code” tools are used by developers when they want to build simple apps faster or even by business users who want to speed up a process that might take several apps. Apple-owned Claris competes against Microsoft’s Power Apps, Google’s App Maker and Salesforce.com’s Lightning.

“We recognise the gap in skills to satisfy this huge custom app demand,” Claris Chief Executive Brad Freitag told Reuters. “You look at mobile and web developers, and there just aren’t’ enough of them out there.”

Claris also said Tuesday that it has acquired Stamplay, an Italian startup that helps app makers weave data from cloud-based programs such as Slack Technologies and Box into their custom applications.

Claris did not disclose the terms of the deal and also does not disclose its financials. Freitag said Claris now has 300 people, has been profitable for the past 20 years and continues to expand. Freitag reports to Claris’ own board of directors and has broad autonomy to run the company, whose software works on both Macs and Windows computers and whose cloud operations run in Amazon.com’s data centres.

“We have our own identity as a business-to-business platform,” Freitag said. “We’re open to acquisitions, and we’re investing heavily.” 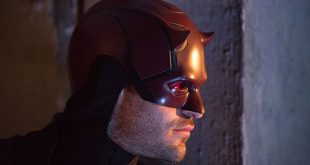 The best series on Amazon Prime Video tend to come from other studios — unlike ...