Apple and Samsung bring iTunes and AirPlay to smart TVs
Over 100 countries set to receive access to iTunes movies and TV shows on 2018 and 2019 Samsung smart TVs.

Apple has released iOS 12.3 for the iPhone, iPad, and iPod Touch. The latest update to its mobile operating system features a redesigned TV app, with the ability to subscribe to channels directly in the app. You can also download HBO shows for offline viewing through the new app, a first.

This isn’t the launch of Apple’s streaming TV service, Apple TV Plus, but more of a step toward that launch by introducing users to the new design ahead of the fall launch.

Also included in iOS 12.3 is a redesigned Remote app icon, and you can now view your Apple Pay transaction history — complete with a map of where the transaction occurred — when viewing a credit or debit card in the Apple Wallet app. Support for AirPlay 2-enabled TVs is also new in this release, along with minor tweaks to the For You page in Apple Music and the following of a magazine in Apple News Plus.

The release of iOS 12.3 is expected to be the last major update we see prior to Apple’s WWDC in June, when iOS 13 is expected to be announced. Current rumors point to a revamped iOS 13 with a dedicated dark mode, improved iPad multitasking with windowed apps, and possible mouse support, along with the standard bug fixes and performance improvements. 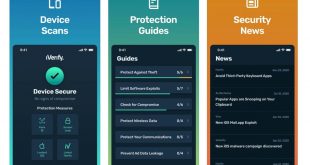 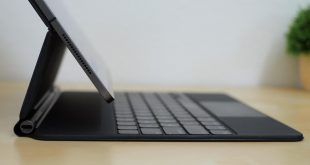